Mauritania, The Last Stronghold Of Slavery

Among the Berber slaves of Mauritania, property of Arab masters despite their shared Muslim faith.

NOUAKCHOTT — Mauritania is one of the few countries, perhaps the only one, where slavery still exists. Not slavery in the more modern sense of the word, implying some form of economic exploitation, but slavery of the ancient kind — what we in the West believe was abolished long ago. Yes, in Mauritania, slaves are the property of their masters who control their destinies from childhood. They can be lent and traded, and the children of slaves are condemned to the same fate for the rest of their lives.

In this sparsely populated desert country in northwestern Africa, slaves are exclusively Haratins, dark-skinned Berbers who make up around 40% of Mauritania's population. Laws on the books prohibit slavery, but that is little consolation to a defenseless group subjected to a life of suffering without recourse. Slavery does not officially exist in Mauritania, yet slaves do, and all they can do is tell the world about their misery.

In the dark years of the Atlantic system, the African men, women, and children destined to become slaves in the Americas would conduct a ritual before leaving the continent. They would gather around a "forgetting tree" for a ceremony designed to rid them of their African origins, so that they wouldn't return as spirits to haunt their captors after death. No such thing exists in Mauritania where slaves often seem happily devoted to their masters, united by their common Islamic faith that effectively acts as the chains that bind them to their captors.

Nouakchott, the country's capital, is eerily silent at night. The streets are empty and the city is asleep; the darkness punctured only by the odd bright light of a cafe. Child beggars roam the streets, silently following you at markets and intersections with their empty cans. They are children of slaves, the first I encounter on my visit here. 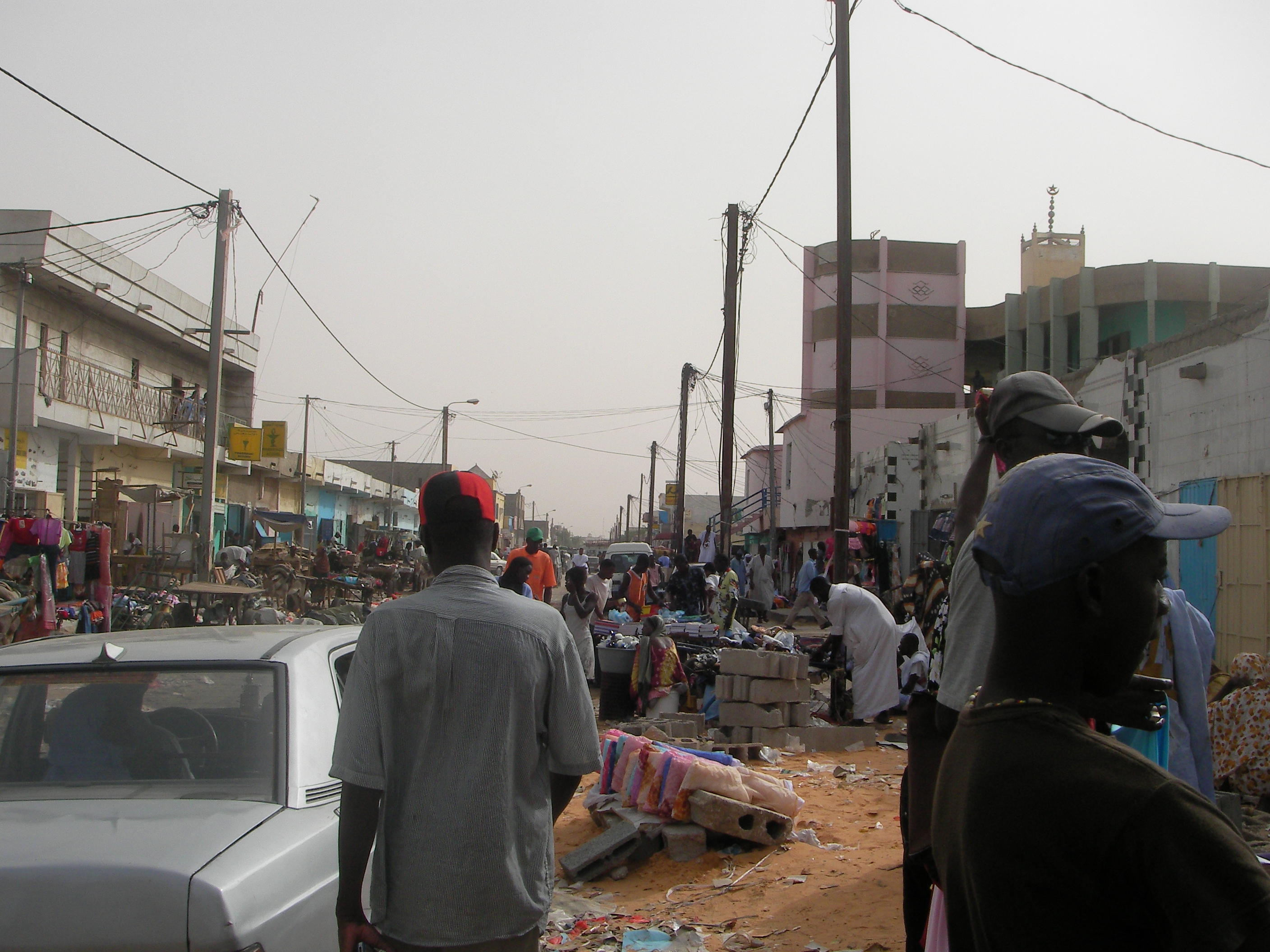 In the streets of Nouakchott — Photo: Maxim VanBest Dynasty

Nouakchott is sprawling but empty, a city hidden in the Sahara desert notable only for the scourge of slavery. "My story is banal, about a slave and her master," says Habj Rabah, covered from head to toe in black robes. "My ancestors were slaves too and I never went to school, I tend to my owners' animals, do house chores and bring my masters water, but they still hit me." Her Muslim faith does not protect her from such abuses. "I'm Muslim, but they tell me it doesn't matter if I wear the veil or pray, because God decided I'm a slave that belongs to "white" Arabs and I must obey them," she says.

Many slaves in Mauritania are children, born into the practice as a result of their mothers' origins. One must never ask Haratins who their fathers are, only their mothers; it's considered rude, because oftentimes the father was a master or another slave, a detail irrelevant to the child's destiny.

In the morning I travel to the poor Haratin neighborhood of Riyad, taken there by a militant abolitionist who drives a rugged old Mercedes. The area is an enormous slum lined with rows upon rows of makeshift "homes," composed of tin, wood, and sheets. The Haratins who live here are not free from slavery; they have simply been released here by masters who no longer wanted them — but they all know that they can be recalled to serve them at any time. Without any official documents and explicit consent from their masters, they cannot leave the city or find work.

The only Arabs that roam Riyad are the owners of shops and the large grain silos where they store rice and flour as they wait for higher prices to sell their goods. The owners of Riyad's slaves live far from these sandy, reeking streets where donkeys roam carrying dirty drinking water for the locals. Children scour expansive piles of garbage for anything to quench their hunger, surrounded by swarms of flies and sheep with a similar interest in the putrid waste.

"They took me from my mother when I was five, and I would take care of my master's animals and his home," says Barka Asatin, 28. "One day he raped me when I was still a child, and I gave birth to a child that he gave to his daughter." She is free today, thanks to the love of the man who is now her husband. "Then my master's son raped me too and I had a child from him, but there was a driver who unlike me was not a slave, and he decided to help me find my mother," she says. "He found her and took me away to safety, but my master was enraged and took my children hostage, and even my own mother denounced me to the police and judges to help my master."

The Initiative for the Resurgence of the Abolitionist Movement (IRA), an abolitionist group led by the imprisoned Biram Dah Abeid — dubbed "Mauritania's Mandela" — aided Barka in her legal battles against the police and judiciary. "My own mother said I was crazy, but the driver helped me and we eventually won and married, now we live together with my two children and a third we had together," she says.

There is no hiding the squalid conditions and fundamental injustices of the slaves who live in Riyad, where the streets are governed by an air of dejected resignation. "I found out I was a slave when I saw my master treat his children differently from me," says Said, who fled from his master three years ago at age fifteen. "Slavery has defined my entire life and I don't know where most of my half-siblings are, it took me ten years to find one, and one of my sisters refused to leave her master."

Slavery exists in the open here; a way of life present in the city's streets, homes, and markets. It's pervasive, reminding you every second that you are in Mauritania, a country that feels like it's almost on another planet. If you don't know how to tell if someone is a slave or not, all you have to do is travel to Nouakchott's market where slaves toil to carry bricks and cement, or visit the home of a judge where they serve the very men who are supposed to defend their rights. In Nouakchott, you are surrounded by slavery wherever you go. They've polished the stairs you walk on, painted the walls you pass by, and cooked the food you eat. The absence of freedom is "normal" here, a city dominated by a sense of remorseless indifference to the plight of its oppressed.

"Anti-slavery laws exist only to distract Westerners, but judges here use Islamic law to justify slavery," says Hamadi, who dedicated his entire life to abolishing the practice. "They teach it in the schools, a vestige of when Arabs conquered this land centuries ago and kept the defeated locals as slaves, using religion as a cover."

In 2016, nothing has changed in Mauritania. "It's not a matter of the color of your skin or your social class, it's far more complicated, something that starts at childhood," says Hamadi. "Slaves have no freedom of choice, they don't exist as individuals, they obey their masters and are ready to die for them."

Inside France's Secret War Against Jihadists Of Mali

French commandos are practically invisible as they carry out high-tech operations across Mali to track down Salafist fighters and other terrorists.

The Next Target In Al Qaeda's African Recruitment Campaign

Across the border from Mali, the former French colony of Mauritania is prime territory for Islamist leaders, as poverty and radical preachers lay the groundwork for Jihad.