While it may make sense from a business perspective, healthcare facilities should focus on more than just optimizing space. Hospital architecture lessons from a pandemic.

PARIS — French hospitals were not prepared for coronavirus. The country's contingency plan — designed to respond to major health crises and terrorist or bacteriological attacks — did not take into account the possibility of such a massive influx of patients for long stays in intensive care. As a result, overstretched hospitals had to rely, at the peak of the epidemic, on medical evacuations organized by regional health agencies and the army.

Day by day, they reorganized themselves, reassigning entire departments to resuscitation, reconfiguring their emergency departments to isolate patients with COVID-19 and doubling the capacity of rooms where possible. The crisis revealed much, in other words, about the structural weaknesses of the country's hospitals, but also highlighted their ability to adapt.

"It is clear that managing this crisis requires space management," says Véronique Toussaint, head of BBG, an architecture firm specializing in hospitals. "Whether we're talking about the city, its housing or local shops, we need to manage space differently. This also applies to hospitals."

And yet space is exactly what's lacking in hospitals.

As early as the 6th century, hospitals were governed by the Church to serve those in need. At the end of the 18th century, the hospital became the doctor's workshop. After World War II and the advent of modern medicine, it became a place of intensive treatment under the reign of engineers and logisticians. More recently, we have moved on to the business hospital and its economic efficiency and cost reduction targets, with the digital and intelligent hospital as the next step. The ratio that imposes a minimum of moving space in relation to the maximum useful surface area has become the be-all and end-all of design. 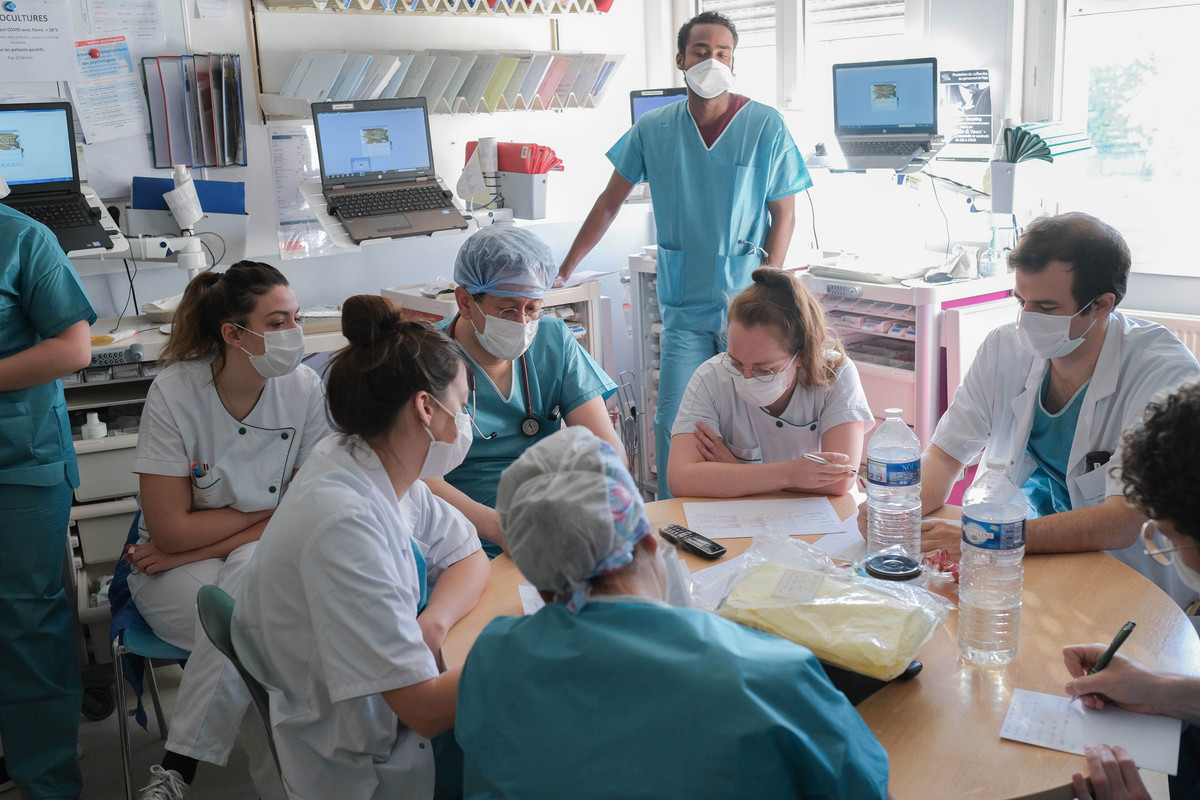 "We have to fight more and more to obtain transitional spaces like waiting areas or lounges," Toussaint explains. "But this crisis shows just how necessary they would have been to manage safe social distancing. A parallel can be drawn with tuberculosis. This hyper-contagious infectious disease required long periods of hospitalization and gave rise to sanatoriums, with large terraces open onto the countryside. Patients would stay for several weeks or even months, and the architecture was part of care."

Will the major hospital-investment plan that French President Emmanuel Macron promised in late March move us away from this over emphasis on the surface area ratio? Some architects certainly hope so, and point out just how counterproductive the model can sometimes be. If corridors are too narrow for beds, for example, patients are carried on stretchers, which then require more stretcher-bearers on staff.

The increase of hospital space is at the heart of what Matthieu Sibé calls the "loving hospital," a re-humanization program designed to stop the hemorrhage of health professionals to the private sector by creating positive workplaces for medical professionals, whose well-being would reflect onto the quality of care.

As a lecturer in management sciences at the Institute of Public Health, Epidemiology and Development at the University of Bordeaux, Sibé recommends focusing on things like light, acoustics, ergonomics and room design. He also emphasizes the construction of specific spaces dedicated to tasks requiring concentration, relaxation for caregivers, and the care of their children.

These are the principles that inspired the firm Architecture Studio for the university hospital it is currently building in Pointe-à-Pitre, Guadeloupe. Located in an isolated, tropical zone routinely impacted by health crises like dengue, Chikungunya and Zika, this hospital would have been ideally equipped for the coronavirus: 25% of critical care beds and single rooms are equipped for resuscitation and are large enough to increase their capacity if necessary.

In addition, the hospital's car park can be turned into a "crisis cocoon unit" with readily available power supplies, treatment stations, basic reserves and 20 or so additional beds. This state-of-the-art equipment did not prevent the architects from including leisure spaces for the hospital staff, like sports and yoga areas, an on-call room to encourage social interactions for doctors and interns and a restaurant "as least hospital-like as possible."

For the public health campus that he is developing in Qatar, Reinier de Graaf, an associate architect in Rem Koolhaas' OMA agency, has an abundant luxury of resources and space at his disposal. The concept of medical autonomy has become essential in a country facing international sanctions in the Middle East for allegations of supporting terrorism. The hospital has a farm and can produce its own pharmaceutical products, but well-being and hospitality are also central. 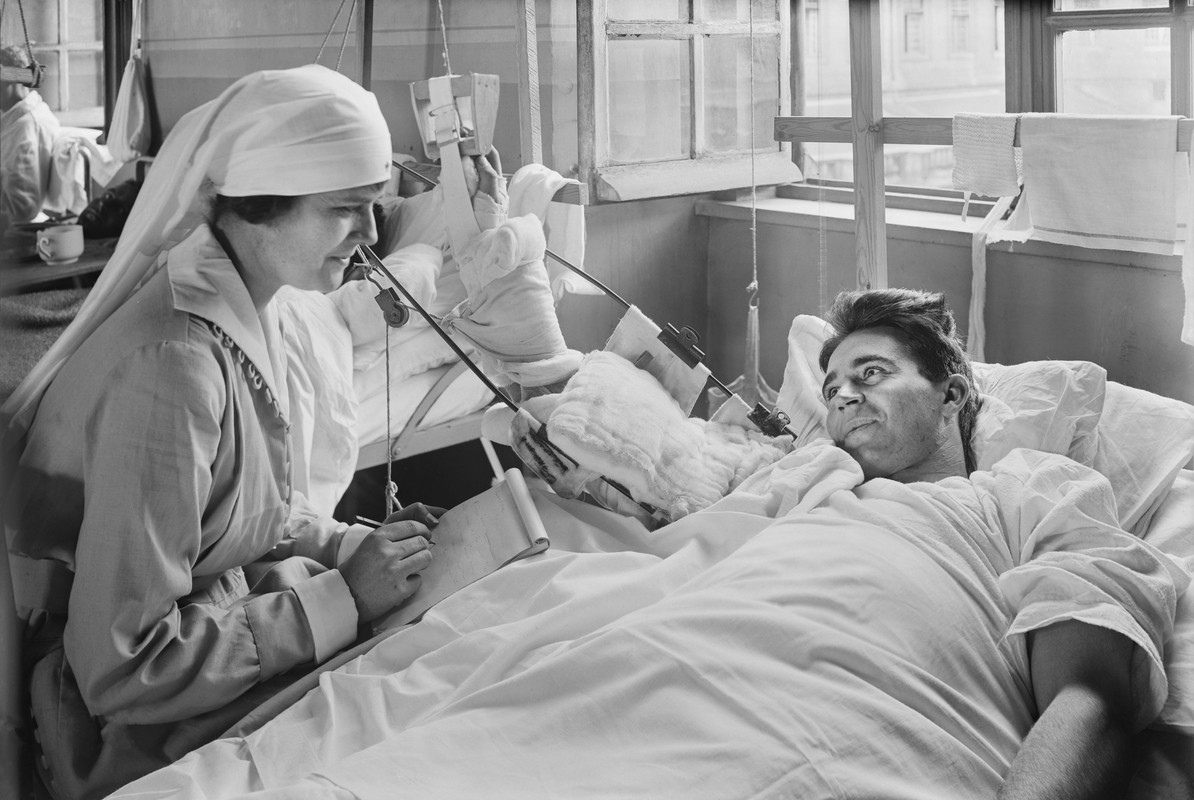 "In the Islamic world, many hospitals were also farms," says De Graaf. "They were also places where music was played, where all kinds of activities took place. In Europe, apart from a clown who comes once in a while, there is nothing comparable."

Fundamentally determined by its function and the hyper technical nature of its work, hospital architecture is naturally utilitarian. But because the speed of medical progress has become so rapid since the 1960s, such facilities — which can take up to 10 years or more to build — run the risk of being obsolete and overwhelmed when finally completed.

To respond to this need for flexibility and adaptability, Jérôme Brunet developed, with his Brunet Saunier agency, the concept of "monospace and simplicity," with hospitals designed as "homogenous, relatively neutral spaces, where one can deploy all the functions wherever and whenever one wants."

The approach runs counter to the current trend, whereby technology is increasingly taking precedence over patient housing. Brunet says the two activities must be integrated, with buildings no longer separating high-tech surgery and residential spaces.

At Architecture Studio, Laurent-Marc Fisher stands by a split hospital model. "By deploying bridges between the buildings, the hospital regains its human capacity," he says. It also allows for a better response to current health problems, including epidemics and "multi-resistant bacteria, which are complicated to treat," Fisher adds.

The other overarching goal, the architect explains, is to reintegrate the hospital into the city. Modern societies are organized, for the most part, around cities, and so it's important, says Fisher, to create a genuine urban health planning system that is more accessible and more connected to urban medicine.