From Syria To Iraq, Can Allies Of Circumstance Take Down Jihadists?

ISTANBUL — The Syrian regime today presents itself to the international community as a partner in "fighting terrorism," and Bashar al-Assad is happy to leave his enemies on the northern front (where the Nusra, Islamic Front, Free Syrian Army, and YPG fight ISIS) to wear each other out.

The proposed anti-terror partnership would function just like the cooperation the Assad regime has practiced with surrendering chemical weapons in order to reduce international isolation and block plans for foreign military intervention.

The Islamic State of Iraq and Levant (ISIS) had not been perceived as a major threat in Syria, but by expanding to Iraq, and setting off alarms in the international community, both Assad and his other opponents inside Syria see a chance to turn this crisis into an opportunity.

The opposition groups hope the new situation will pave the way for more weapons to come their way. However, the outside supporters of these opposition groups, the United States foremost, wants them to direct all their energy to the battle against ISIS. U.S. Secretary of State John Kerry declared last month that "the moderate opposition in Syria has the potential to be a very important player in pushing back against ISIS not just in Syria, but also in Iraq." President Barack Obama has asked for $500 million from Congress to support the "moderate" opposition. This is a striking shift, now focused on fighting ISIS instead of fighting Assad.

The second problem is the loss of credibility amongst the opposition, which continues to splinter into more and more factions. Ahmad Tome, prime minister of the temporary government founded by the opposition, disbanded the High Military Council of the Free Syrian Army and relieved Chief of the General Staff Abdul-Ilah Bashir from duty due to charges of corruption and bribery. This move caused a crisis within the Syrian National Council.

Meanwhile, ISIS is gaining the edge on these opposition groups in the field. Commanders in Aleppo, Raqqa and Deyr Zor have made threats of giving up their arms if they do not receive aid.

Several plans were developed before in order to strengthen the moderates; some were put into motion, some were shelved. The result is a fiasco. For example, according to a press reports last month, General David Richards, former chief of the general staff of the British Military, had prepared a secret plan in 2012 for a massive 100,000-strong opposition force to be armed and trained at camps in Turkey and Jordan.

When they were ready, this force would march to Damascus with air support from Gulf countries and the West. However, this one year action plan was found to be "too risky" by both the U.S. and UK political leadership. We do not know whether a similar plan may be made against ISIS but the situation is much more complex than it was two years ago.

There are not many organizations left on the field that have the ability to resist ISIS except the Islamic Front, which has Salafist elements in it, and the Nusra, which is considered a terrorist organization by the U.S. The Nusra and the Islamic Front are partners and they do not recognize the Syrian National Council. Groups such as the Hazm Movement, which has been labeled as "moderate" by the U.S., and the Martyrs of Bedir lead by the Halid Hayani are the only ones left. The Martyrs of Bedir played a part in the clashes during January and February to drive ISIS out of Aleppo. They also control two prisons that house not only Assad supporters but some members of the opposition too. The Martyrs are known as exploiters, rapists, thieves and pillagers, but are also considered as a necessary evil due to their resistance against ISIS.

Another factor that worries the U.S. is where the weapons will end up. Misel Kilo, a member of the Syrian National Council, was quoted in al Kuds al Arabi newspaper: "Approximately $500 million worth of weapons were brought to Syria. However these weapons were lost due conflicts and chaos. The weapons were sold to neighboring countries. Especially the weapons that came from Turkey were returned to Turkey and sold there. Warlords have appeared. They stole the people's grain, oil and property; now they are busy with the weapons trade."

So what strategy could the U.S. use against ISIS in this situation? The options for the U.S. are few:

- A struggle of power with the dirty, disorderly and untrustworthy opposition

- A secret partnership with the salafist Islamic Front and the Nusra

Obama could also just pray for his last two years in the Oval Office to pass quickly. 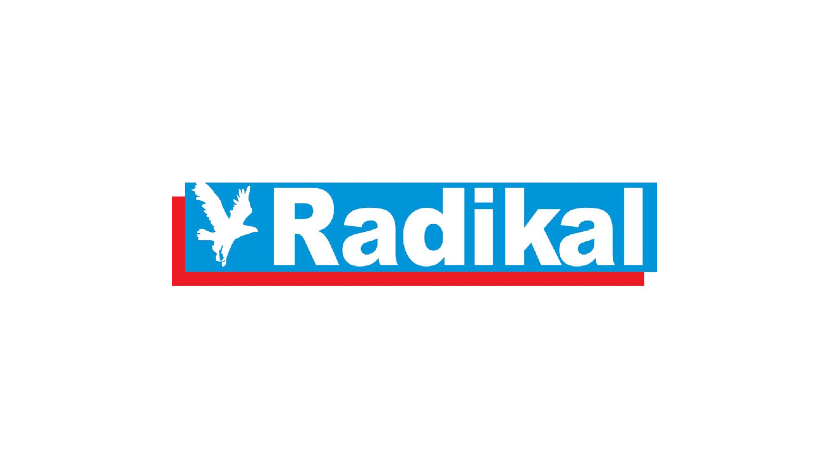 From Syria To Iraq, Can Allies Of Circumstance Take Down Jihadists?

ISTANBUL — The Syrian regime today presents itself to the international community as a partner in "fighting terrorism," and Bashar al-Assad is happy to leave his enemies on the northern front (where the Nusra, Islamic Front, Free Syrian Army, and YPG fight ISIS) to wear each other out.

The proposed anti-terror partnership would function just like the cooperation the Assad regime has practiced with surrendering chemical weapons in order to reduce international isolation and block plans for foreign military intervention.

Keep reading...Show less
View the article in original language
Meiqi An
RADIKAL
Radikal ("Radical") is an influential daily based in Istanbul and owned by Aydin Dogan. Founded in 1997, it stands out amongst other newspapers in Turkey for its arts and culture coverage, as well as its essays and op-ed pieces.
View article in original language
English edition • Worldcrunch
Meiqi An
RADIKAL

SÂO PAULO — If you only got your news from social media, you might be mistaken for thinking that Jair Bolsonaro is leading the polls for Brazil’s upcoming presidential elections, which will take place this Sunday. Such a view flies in the face of what most of the polling institutes registered with the Superior Electoral Court indicate.

An exclusive investigation by the Brazilian investigative journalism agency Agência Pública has revealed how the most interacted-with and shared posts in Brazil on social media platforms such as Facebook, Twitter, Telegram and WhatsApp share data and polls that suggest victory is certain for the incumbent Bolsonaro, as well as propagating conspiracy theories based on false allegations that research institutes carrying out polling have been bribed by Bolsonaro’s main rival, former president Luís Inácio Lula da Silva, or by his party, the Workers’ Party.

Agência Pública’s reporters analyzed the most-shared posts containing the phrase “pesquisa eleitoral” [electoral polls] in the period between the official start of the campaigning period, on August 16, to September 6. The analysis revealed that the most interacted-with and shared posts on social media spread false information or predicted victory for Jair Bolsonaro.

Vladimir Putin announced the annexation of Ukrainian territories in a ceremony in the Kremlin. In a village just a few kilometers away from what is now the Ukraine-Russia "border" in Putin's eyes, life continues amid constant shelling and the fear of what comes next.

Colombia Celebrates Its Beloved Drug For The Ages

This essential morning drink for millions worldwide was once considered an addictive menace, earning itself a ban on pain of death in the Islamic world.