From Rat To Bear To Rabbit: How Russians See Putin In The Animal Kingdom

As the ruble nosedives and Russia chokes on Western sanctions, the president --once compared to a bear or bull -- now looks smaller to his countrymen in an unusual recurring survey.

MOSCOW — The impressive popularity of Russian President Vladimir Putin in his home country seems to be taking on a new, um, face. A recent survey by a famous Russian sociologist revealed that Putin, often described by citizens and Russian media alike as "the Russian bear," has recently been evoking smaller species, no doubt because of the country's latest economic and political difficulties, experts say.

Over his lifetime, the Russian president has undergone an interesting sort of zoological evolution, representing a different animal during each stage of his political career.

As a KGB officer in Dresden, he was nicknamed Ðšrysionok or "small rat." After the fall of the Berlin Wall, Putin returned to his native St. Petersburg, where he entered the city's administration service. It was then that his colleagues nicknamed him "mole" because, as the legend goes, he was once caught in his lover's closet by the woman's husband.

The fall of 1999 saw him as the prime minister who was preparing to pounce on the president's office. Though Russian satirists nicknamed the Kremlin grey eminence the "ugly duckling," the power of the office did wonders for his metamorphosis as a virile, breathtaking leader, especially among Russian women.

In several sociological surveys asking respondents to match Putin with an animal, Russians have cited the eagle, lion, tiger and bear. Among female respondents, bull has been a common choice over the years. 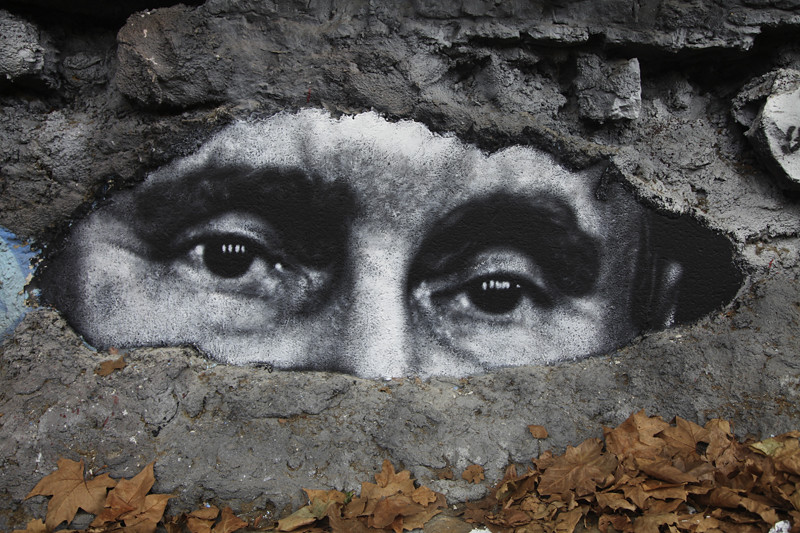 The eyes of the tiger? — Photo: thierry ehrmann

Bear seems to be the president's favorite, and he often compares Russia to the mighty predator that "will not give up on his taiga." Putin brought up this allegory during his three-hour press conference in October 2014. Referring to what was then the latest geopolitical situation, he warned that mother taiga saw other predators invading its territory. The unwanted intruders, he noted, would like to pull the bear's teeth and claws.

But even the Kremlin's greatest supporters can't ignore the fact that the country has hit troubled waters. As the ruble nosedives and its enemies strangle Russia with sanctions, Russians are starting to think of Putin in less grandiose ways. The most recent survey conducted by the Moscow-based think tank Center for Strategic Research showed that Russians associate Putin these days with the wolf, lynx, fox or even the rabbit.

Though the Russian president's popularity is at 80%, it is fueled primarily by the lack of alternatives. Asked in the latest survey to justify their support for Putin, people tended to write, "If not him, then who?" It is a significantly different result than those in previous years when people tended to enumerate Putin's strengths.

Whereas the vast majority or Russians accept and support the country's international politics, many are unhappy with the state of domestic affairs. Many respondents said they didn't believe what they saw on pro-government channels. The strategy of official propaganda no longer delivers.

And The Oscar Goes To ... Vladimir Putin

In a recent government meeting, the Russian strongman once again showed off his trademark flare for political theater, promising, among other things, to leave his foreign foes toothless.

Cold Justice In Siberia: A Teenager Swallowed By Putin's System

Busted for hanging anti-government posters, 15-year-old Nikita has been jailed for almost a year on charges of "terrorism," and has yet to even go to trial.