Once the noise dies down over the deal with the U.S., Cuba's educated populace may not take it so well when it realizes the communist regime will budge very little at home.

BUENOS AIRES — It certainly is big news: the United States and Cuba restoring diplomatic ties after 53 years as enemies. Still, hard questions have been overlooked in all the excitement as we begin to imagine where Cuba is heading now.

No. 1: President Barack Obama has decided to place Cuba on the same chessboard as countries with political systems opposed to American values, but that nonetheless generate no real risks in international affairs. How does this mechanism work? Havana was a danger to stability when, as a Soviet ally, it became a communist base 90 miles from the Florida coast.

The situation has changed, and Obama is now telling them they will have the same status as states like Russia or China. It is a message that refreshes a principle we Argentines might do well to bear in mind: State policies are made by the government in charge. The world will not act if states violate human rights, restrict press liberties, twist legislative and judicial functions to suit a government, imprison opponents without good cause or design legal systems with double standards — one for the government and its friends, and one for the citizenry.

No. 2: The project envisaged for Cuba, namely to make it a "Chinese-style" system of open economy and political dictatorship, could face difficulties. When Deng Xiaoping began China's economic liberalization in 1978, he was working on the basis of a reality: that 60% of the Chinese people were illiterate. In contrast, Cuba is winding down the Castro era with a 98% literacy rate, which is almost the same as in 1959 when it was the second Latin American country in terms of literacy after Argentina (according to UNESCO education quality reports). 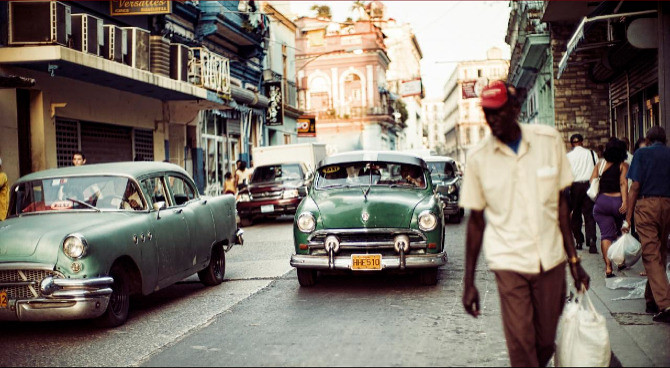 The question is, how will the highly educated Cuban population tolerate a system with two (capitalist and communist) heads? Teaching is essential to improvement, but you cannot simply have your way with educated people.

No. 3: The importance given to the Cuban culture may not last that long. Cuba has for the last half century been linked to one name, Fidel Castro, who has always been more important than his country. Cuba represents no more than .07% of the world economy, .06% of global trade, and 1.5% of the Latin American economy. Since January 1959, thanks to Fidel's clever strategy, Cuba stopped being a Caribbean island subject to regional power plays, and became a player in the Cold War. Until now it has never been a part of the politics of its own region, notwithstanding the end of that war and dissolution of the Soviet Union in 1991.

The end of the crisis prompts a question only the Cubans will be able to answer: Can they become something more than the Caribbean's largest island on its way to being a mega tourist hub?

The island nation hasn't had a free election for more than 70 years. And yet, as millions take to the streets across the region, the Cuban regime keeps getting a pass.

On this day 90 years ago, one of the world's most famous revolution figures was born. OneShot commemorates Ernesto "Che" Guevara's birthday with a photo taken at the funeral for the victims of the ...