Chinese Pride, Global Power And The Battle For 5G

WASHINGTON — How long must you live, how strong must be your memory, to turn back and say: damn it, this world has really changed. Look at the millennials, they seem to be better educated than the boomers, but they are sui generis in their thinking, seemingly inspired and shaped by memes rather than historical experience. The Generation X that preceded the millennials was instead suffocated by the boomers, who hold onto their positions for too long, blocking the regular and continuous passage of power between the generations. Generation Y – the millennials – are equipped with technology and capable of multitasking, and have only recently started to make more decisive steps forward, penetrating the control rooms. The future of the world, therefore, seems dependent on the dialogue between them and technology.

Why this introduction? As one of the boomers, I consider myself privileged when it comes to measuring the socio-historical changes; I only have to look at China, a country that I had known from the times when it was still predominantly Maoist and poor, underdeveloped and isolated. It was, however – and I love to emphasize this – a country with great dignity and modesty, with many great and generous people. Nothing, not even Mao's iconoclastic and totalitarian efforts, could erase the sense of history from the minds of the old and young in that sleeping giant. The memes, the invasive currents of social media and the internet, seem to be doing a much better job of wiping out the lessons of history. This, though, is a slightly different story.

Observing the enormous progress China has made in the last 30 years, one realizes why the current world order, tailored to the Western alliance that won World War II, feels like a straight jacket to modern China. Booming China, of course, is not the only new reality contributing to the massive change on this planet, changes that urge a reshaping of the post-War victors' now obsolete world order.

Allow me to mention just one of the changes that illustrate the enormity of the new order. After 20 years of reforms, China added to the world 120 million new industrial workers. This phenomenon is not an isolated statistic concerning only China; it is earth-shaking economic change impacting the entire global economy, substantially increasing the whole world's workforce by adding the equivalent of 25% of the European population.

And yet, such phenomenal shifts in the parameters of our everyday lives has left untouched the paradigms of our thinking, and for too long. There is a reason why recent international crises generated by the American administration's reactionary politics, and answered by similarly reactionary Chinese nationalism, are called by the wrong names, such as Trade War, a new Cold War, South China Sea crisis, Spygate and so on. In reality, all the daily bursts of mainstream news using these phrases are obscuring and missing much deeper, tectonic changes that will result in a disruptive, seismic shake of enormous dimensions before – let's hope – the world settles down into a new geopolitical framework.

As Ian Bremmer put it a short time ago: "Since too many bad seeds have been planted, the world is no longer capable of stopping the looming crisis. It's not only about the U.S. losing its breadth but the disruption and erosion of the old, post-War alliances. We can no longer know or predict which world destiny will favor when implosion rears its ugly face." Bremmer is a hipster who created a niche for himself in explaining the edges of the old world. But with his bad-seeds theory, he sounds like a Templar, a crusader of the old world. He, to my mind, represents the resistance to change, similar to how the boomers managed to suffocate Generation X. The post-War order of relations, put simply, no longer exists. 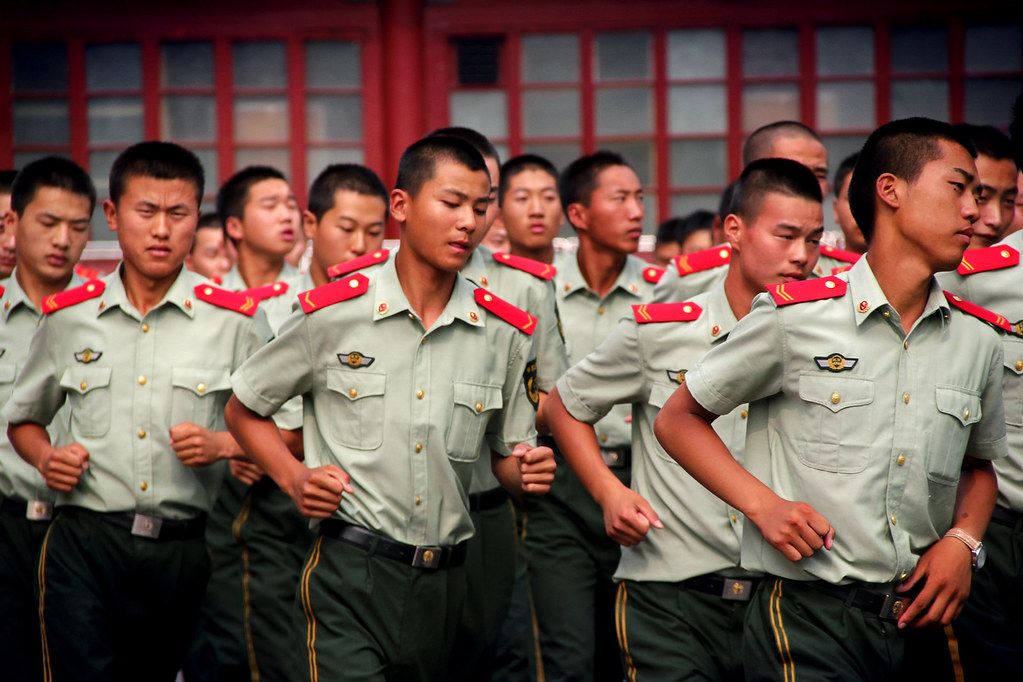 The crux of the current situation can be understood through the battle for 5G. The acronym does not stand for a summit of the world powers but denotes the fifth generation of cellular mobile communication. This dry definition has already been memed as the new industrial revolution, bringing unprecedented interconnectivity while replacing the obsolete and slow process of globalization. 5G will make everything instantaneous! It will connect artificial intelligence and self-driving cars to telemedicine and virtual reality, and to as yet undreamt-of technologies; all the things we hope will make our lives easier, safer, and healthier will require high-speed, always-on internet connections, writes Wired.

5G is the technology that will enable split-second communication between all the devices we can think of and the people using them. Eventually anyway. As it is, U.S. carriers promise that 5G will be available nationwide by 2020, but the first 5G networks won't be nearly so fast. For China, taking a top role in 5G technology is no mere matter of national pride. The new technology will not only permit ultrafast video streaming and communication between, for example, a self-driving car and a traffic control system. It is also meant to accommodate simultaneous connections with large numbers of devices: everything from consumer wearables to industrial sensors.

It is evident that China wants to dominate this development. In a recent report by MIT Technology Review, the Chinese seem to have gained some advantage in applying the 5G network:

"If you count the launch of commercial service in any form, the US is in front of China. Verizon started selling its own 5G service, which is essentially a wireless version of wired broadband for homes and offices, in four US cities in October. AT&T plans to introduce mobile 5G service in 12 US cities before the end of the year. T-Mobile and Sprint say they will turn on their 5G networks by mid-2019. Chinese operators don't plan to start selling 5G service until 2020. However, if you think a country needs to roll out 5G to all its major cities in order to claim leadership, China looks likely to come out ahead. China Tower, a company that builds infrastructure for the country's mobile operators, has said it can cover China with 5G within three years of the government's allocation of spectrum. That points to national coverage by 2023."

So how will this evolve? The outcome of the competition between the Old World, the United States, and its allies, and the new, more aggressive Chinese world, is to be seen. In the past, when the top tech minds sat down to set the global standards underpinning today's cellphone networks, China was left mostly on the sidelines. Companies in the West owned much of the important technology, and they prospered. But things have changed, as the New York Times reports:

"As the world prepares for a new generation of mobile internet the Chinese company is determined to lead, putting it at the center of an international flight over the technology's future. Huawei, the giant maker of telecommunications equipment, has been pouring money into research on 5G wireless networks and patenting key technologies. It has hired experts from foreign rivals and pushed them to guide international groups that are deciding the technical standards for tomorrow's wireless gear."

The determination of China causes worry in Washington. Since 2012, with Barack Obama in the White House, the U.S. has been trying to stop the expansions of Chinese tech giants like ZTE and Huawei on American soil. Huawei was effectively shut out of the United States after a 2012 congressional report denounced Beijing for the use of Huawei's equipment to spy on Americans. In 2018, President Trump blocked Broadcom Ltd. from pursuing its hostile takeover of Qualcomm Inc., scuttling a $117 billion deal that had been scrutinized by a secretive panel over the tie-up's threat to U.S. national security.

For the Chinese, national pride is everything.

While the "war" over Huawei, the harshest competitor of the American tech giants, continues with the arrest of its CFO and political hostages on both sides, the sanctions for ZTE's illegal exporting of the U.S. technology to Iran and North Korea has been settled with some apparent "personal favors" between Trump and the Chinese government, as the Chinese government issued a loan for an Indonesian theme park project with a Trump golf course in May 2018, Wikipedia reports.

In Beijing's strategy "Made in China 2025," the U.S. detected a principal strategy of Chinese tech, if not overall domination of the world. To avoid the weeds of the present scuffles between the two competing powers, let me quote an observation by James Kynge, one of the most informed reporters:

"For the U.S. engagement with China that held sway for almost 40 years has dissolved and given way to a de facto strategy of confrontation. But what is particularly revealing about the case of Huawei is that Washington has shown that it has no intention of taking on China alone. It is insisting that its allies fall into line, particularly on issues of national security."

As for the Chinese, national pride is everything. When, in the 17th and 18th centuries, the Western colonial powers dominated the oceans with their technological supremacy, it was to satisfy their palates, to fulfill pleasures, seeking new flavors, spices, tea varieties, scarlet-diaphanous silk, and other exotic merchandise. As a consequence, the demand for Chinese goods in Europe created a trade imbalance that the British countered with the imposed opium trade. The Chinese authorities tried to ban the opium trade but were too weak to combat technologically superior colonial forces which, in return, penetrated deep into Chinese territory and transformed an already declining empire into an opium-addicted, enslaved nation.

This colonial cruelty has never been forgiven. To this day, it represents the core of historical teaching and the heart of Chinese patriotism. It now takes aim at the U.S. The new China strongman made propaganda art of the strategy, as James Kynge observed: "As the mist rolled off the Yangtze River, Xi Jinping stood on top of the Three Gorges hydropower dam in Yichang, a proud symbol of engineering prowess, and proclaimed that China would blaze its trail to become a technology superpower. The Chinese president's immediate audience in April was a group of smiling workers in blue overalls. But his remarks were directed at the White House, from which rumblings of a trade war on China were emanating."

It is the Chinese Dream to counter Make America Great Again.