Chinese business leaders should learn lessons from Japanese firms' spending sprees of the 1980s and 1990s.

BEIJING — There's a reason analysts talk so much these days about 'Chinese capital,' which continues to make its presence felt as top companies in China begin to buy their way into new markets.

In 2015, according to government figures released last week, Chinese companies carried out 579 overseas mergers and acquisitions (M&A) in 62 countries and regions for a transaction total of $54.4 billion. China's foreign investment, in the meantime, hit a record high of $145.7 billion, accounting for 9.9% of global traffic and ranking second in the world.

The trend stems from economic reforms in recent decades that allowed Chinese companies to amass substantial amounts of capital. That, in turn, prompted them to seek even greater sources of wealth through overseas investments and acquisitions.

As part of the 'new normal' for China's economy, many companies believe the best way to transform and upgrade themselves is by grafting together global resources and the country's aggregate financial strength. This implies seeking out successful brands, networks, technologies and services on a global level. In doing so, these companies hope not only to better serve the growing Chinese middle class, but to seize the future of China's economy.

These deals include manufacturing, information technology, finance and even culture, sports and entertainment industries. Chinese "smart manufacturing" and services already play a previously unimagined role in the global picture. And this trend will continue.

But M&A deals have always been a double-edged sword. Thus the term "winner's curse," in reference to how operational pressures increase with each M&A. As companies grow, they gain more assets, but they are also more unwieldy, eventually collapsing in some cases. As international cases show, 70% of these deals do not meet expectations. The success rate of cross-border acquisitions is even lower.

China ushered in overseas M&A for the first time in 2008. But a lot of blind bargain-hunting by enterprises did not result in the cheap resources and minerals they were hoping for. Instead, they lost. Some of these deals ended up as costly dead-ends. Enthusiasm for overseas M&A waned as a result.

Starting in 2012, however, the pace picked up again. These days, Chinese companies are again eager for new opportunities. They're also more cautious, albeit not necessarily more successful.

Generally speaking, Chinese overseas corporate deals are resource-oriented. Apart from resources like minerals, oil or gas, they mostly seek intangible assets, brands, R&D capabilities, technology or patents. Rarely, though, do they take what Professor Ding Yuan of the China Europe International Business School calls the "GE approach." They don't, in other words, try to exert total control over their partners and acquisitions and impose completely new management.

Ding Yuan sees that as a problem: Without first-class management, how can Chinese companies and the companies they merge with to achieve win-win situations?

Another problem is that while Chinese companies often have leverage power to execute M&A, they're sometimes reluctant to continue investing afterwards. They use their capital advantage up front, in other words, but not necessarily over the long-term. And as the cash flow dries up, some of the mergers and acquisitions end up failing. 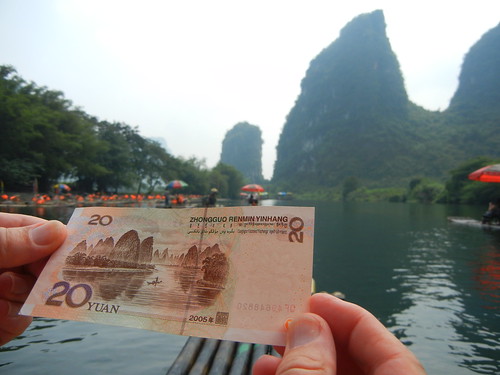 Hold on to your yuans — Photo: Mulligan Stu

Many Chinese enterprises are still absolute beginners in this kind of deal. Their inexperienced means more uncertainty, and probably more risks. As one official of the Ministry of Commerce pointed out, certain Chinese companies go into their M&A deals almost blind. Often they're driven by non-rational factors, like following a trend or just showing off, according to the source. In those cases, success is more of an accident than a probability.

The official's analysis brings to mind the lessons learned from Japanese companies that spent lavishly, proud to be buying up the whole of America, only to see the bubble eventually burst. Where are those companies today?

That's not to say Chinese should avoid overseas M&A. It's a necessary step forward, one that inevitably comes with risk. With careful planning, however, some of that risk can be mitigated, allowing certain Chinese companies will break the "winner's curse."

Beijing seems to be abandoning the very strategy that allowed it to not only survive the collapse of the USSR, but also prosper.

-Analysis- BEIJING — How many disabled people are there in China? The number is 85 million, or 6% of China's total population, according to the statistics of the Chinese Disabled Persons' ...