BRASILIA — Not so many months ago, pollsters were saying she'd be Brazil's next president. But now, three months after failing to make it to even the second round of the election, former Sen. Marina Silva is nowhere to be seen. The once high-flying candidate seems to have lost more than just a presidential race.

Some of the people closest to Silva during the campaign have been quick to move away. The latest on the list are Walter Feldman and Luiza Erundina, who coordinated her whole campaign and helped launch her new party, Sustainability Network. Others involved in the new project had already left and are now trying to create their own political group, Avante (Forward), inspired by Spain's Podemos party.

Silva's isolation can be explained at least in part by her decision to support center-right candidate Aécio Neves against incumbent President Dilma Rousseff in the second round. That move divided her supporters, the so-called Marineiros.

It was a "wrong" and "incoherent" choice, says Erundina, a member of the legislature. "Marina denounced in the strongest terms the polarization between Rousseff's Workers' Party and Neves' Social Democracy Party, but in the end she decided to pick one of these sides. It contradicted everything she stood for during her campaign."

Erundina, who is now becoming closer to the dissidents building Avante, is also critical of Silva's decision to "vanish" since losing the election. The former candidate and environmental activist has even avoided events organized by political allies. Silva, in fact, hasn't been seen in public in almost two months. 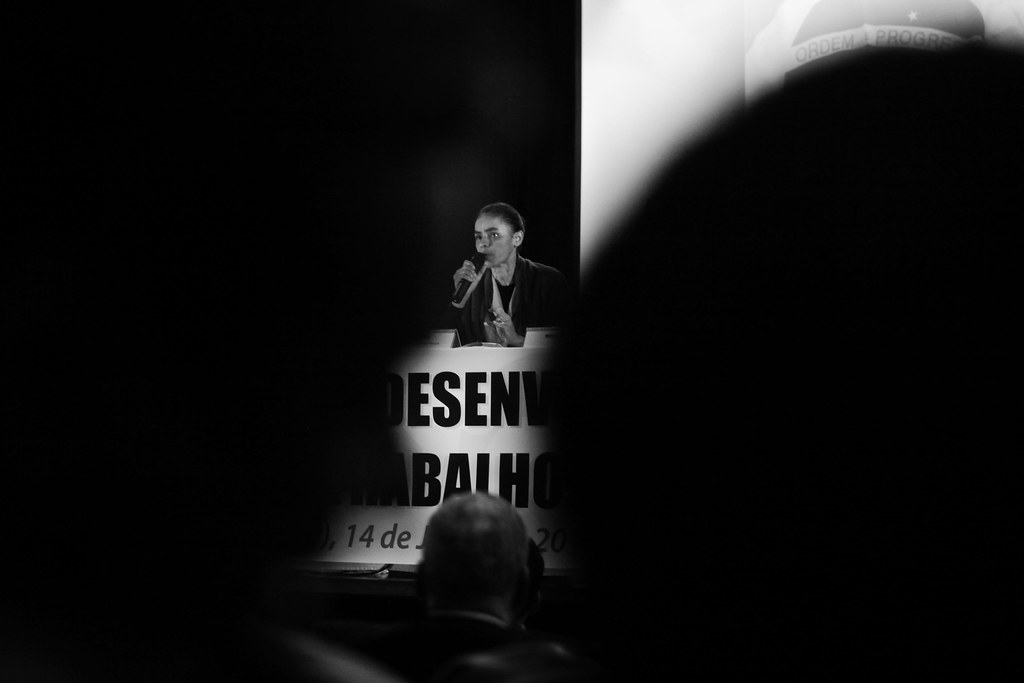 Erundina thinks someone who managed to gather 22 million votes just a few months ago shouldn't play hide and seek, especially now that the government is announcing tough and unpopular economic measures such as tax hikes and benefit cuts.

"Marina is being too quiet," Erundina says. "This is a serious situation, but I don't hear her say anything about it anymore. She created an expectation that she would tackle national issues, but sadly the Brazilian people are still waiting for an answer."

Walter Feldman, Silva's right-hand man in 2014, started to distance himself soon after the second round, eventually going so far as to resign from the Brazilian Socialist Party. Now he's left politics entirely — to assist the future president of the Brazilian Football Confederation, soccer's national body. Feldman prefers not to comment on Silva's future. When asked about her public absence, he says only that he hasn't spoken with her. "Marina has her own temporal logic," he says.

Her former ally might have a point. Silva hasn't given an interview since mid-December and declined an invitation to speak with Folha de S. Paulo. According to her advisor, she spent the last month-and-a-half vacationing with her family but will return soon to launch her new party.

The Key To Reelection For Bolsonaro? Lula's Arrogance

Fears of an economic slump under another leftist government led by an "unrepentant" Lula da Silva may prompt Brazilians to reelect authoritarian President Jair Bolsonaro for a second term next year.

With The Amazon At Stake, Biden And Bolsonaro Eye Green Deal

Would an agreement with the Americans make the Bolsonaro government change course?