Across The World, Democracy Slides Into "Recession"

A generation ago we saw the Berlin Wall come down and Nelson Mandela go from prison to the presidency. Today, we have Orban, Erdogan, Trump. What happens next?

PARIS — If we measure the world's many political models as a marketplace, liberal democracy is in a serious recession. The world is less democratic than it was 10 or 20 years ago. In democratic countries, the tide is also ebbing: Some countries are becoming less free. An ominous wind, an old authoritarian tropism is making itself known again from the South of the planet to the North.

Over the past quarter of a century, the direction of the story seems to have changed course. Twenty-five years ago, we celebrated the fall of the Berlin Wall. Nelson Mandela was released from prison. Chile's Augusto Pinochet began to loosen his grip. In Moscow, Mikhail Gorbachev lifted the lid, and Soviet satellites gained their freedom. In Washington, the old fighter from the Cold War, President George H. W. Bush, hailed "changes of biblical proportions." A young man of 43, baby boomer sensualist Bill Clinton was to succeed him.

Beyond the political horizon

"We felt it was the end of an era of repression and autocracy," says a nostalgic Peter Frankopan, one of the most promising young British historians and a researcher at the University of Oxford. "All over the world, dictatorships were swept away," he wrote in the Financial Times. Everything was set — the democratic model as a insurmountable political horizon, and economic growth in addition. It was accompanied by the technological revolution and the opening of borders. The economic advisers of Clinton even thought they had found the silver bullet to abolish economic cycles. 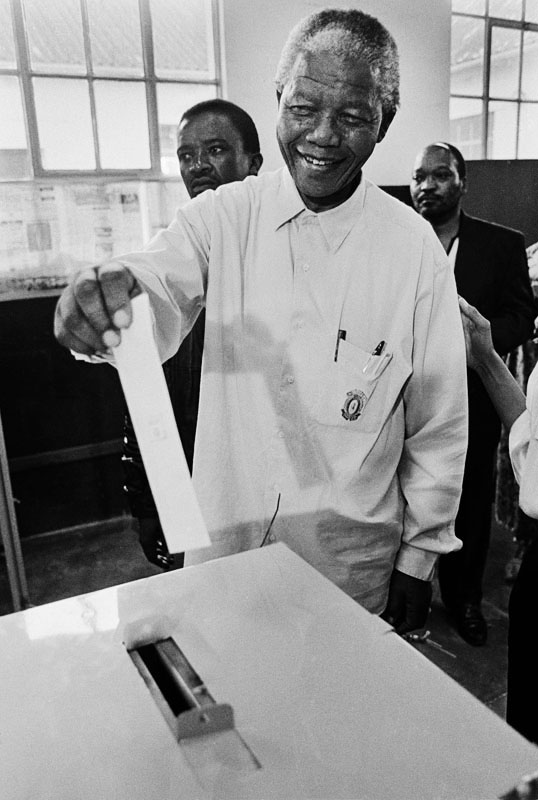 We went through many wars and military expeditions — from the Balkans to the 2001 attacks, through Afghanistan and Iraq. Without doubt, Frankopan wrote, liberal democracy would triumph as the ideal political system.

Now we must be disillusioned. Free elections, decentralization of power, media independence, public freedoms — all of which include the complicated mechanics of a liberal democracy — have gone out the window. Democracy as a political model is now challenged, reports Freedom House. This NGO monitors developments in the practice of democracy in 195 countries, and it characterizes 2015 as the year that "marked the general fall of freedom for the tenth consecutive year." Only 43 countries have advanced, it concluded in a January report. And in 105 other nations, freedom receded. This is true in emerging economies, where the autocratic model dominates and progresses. This is also true in the West, where the liberal model has devolved.

The "authoritarian temptation," as recently pointed out by Jean-Claude Guillebaud in L'Obs — borrowing an expression from political scientist Yves Sinter — spares neither the U.S. nor Europe. Overseas, it reveals its ugly Gorgon head in the form of Donald Trump. It resonates with anti-European ultranationalist demagogues currently in power or those aspiring to gain more. They are the chief operators of what a Freudian today would call "the malice of globalization."

Trump promotes torture, stigmatizes minorities, despises intermediate bodies and promises a monstrous police raid to hunt down the country's 11 million illegal workers. In Europe, Budapest's Viktor Orban and Warsaw's Jaroslaw Kaczynski have established a form of "illiberal democracy" by fairly simple mechanics. There are free elections for sure. But in the past election, the winner took it all, including control of the judiciary and media.

What's missing is the complicated system of checks and balances between powers, this coexistence of several truths that gives birth to a eminently democratic miracle: compromise. Recep Tayyip Erdogan's Turkey is an example of where the compromise is missing. But the most accomplished product, the most refined, remains the Muscovite version. Naturally, Russian Vladimir Putin is the idol of protest parties within the European ultra right-wing, including the National Front, and Trump reveres the Russian leader.

To limit the question: Where does this delegitimization of the Western world's liberal model stem from? Anglo-Saxon commentators and essayists prefer one track: the economy. Confused by economic globalization, the model hasn't kept its promises. There have been uncontrolled migration flows, anemic growth, job losses, the 2008 crisis, a blocked social ladder, etc. The liberal democratic political model presupposes a dynamic middle class — not one traumatized by globalization.

Maybe something more profound is at work. Embodied by the center left, the social democratic model is the result of a constant deepening of individual freedoms. It is the most advanced stage of a post-age libertarian movement, which exploded in the protests of the1960s — in Berkeley, London, Paris and Berlin — and came to an end for lack of a collective ambition. Perhaps. It would still be irresponsible to give in to the illusion of autocratic rule or remain apathetic towards the continued erosion of the liberal democratic model.

This old, slow and precious conquest is less guaranteed than ever.

By closing Donald Trump's social media accounts, the Big Tech platforms have recognized for the first time their fundamental responsibility for the content they broadcast. But for this and other reasons that now also means the regulators must step up.