PARIS — Five days ahead of the showdown between Emmanuel Macron and Marine Le Pen in France's crucial presidential elections, Worldcrunch has asked Camille Langlade, a political reporter at the 24-hour French news channel BFMTV to share her experiences covering the non-stop action of national political campaigns, and more. This is the first installment in a series of Worldcrunch articles to get to better know journalists and journalism in different countries around the world. *Sign up here to Worldcrunch iQ, our global contributor platform.

1. What was your most unforgettable reporting experience ever?


My most unforgettable reporting experience is the death of Pope John Paul II and the election of his successor, Benedict XVI in Rome in 2005. I was a correspondent in Italy for a French radio station, and just getting started as a journalist, fresh out of journalism school. For a month, we worked day and night, reporting on the thousands of faithful who gathered on St. Peter's Square, in a silence I've never experienced since. I would leave my home near the Vatican, and straddle over the pilgrims sleeping on the ground as they waited for the funeral of John Paul II. It was all extraordinary — in the literal sense — an out-of-time moment: the decorum surrounding John Paul II's funeral, his body lying in state at St. Peter's Basilica; then the election of Benedict XVI, during the conclave I commented on live from St. Peter's Square, the gray smoke, neither white nor black! It was an unbelievably rich experience because it brought together everything I love in journalism: meeting people, dealing with international and diplomatic affairs and politics, with the conclave.

2. What about your current beat, French politics?


François Hollande's victory on May 6, 2012, which I covered from Tulle Hollande served as mayor of Tulle from 2001 to 2008, was a historic moment in France's political life — the culmination of a one-year campaign that started with the scandal that led to the fall of Dominique Strauss-Kahn in New York Strauss-Kahn had been expected to be a leading candidate for the 2012 French presidency for the Socialist Party. Then the whole campaign of the Socialist candidate, from the primary election to his debut at the Elysée: Witnessing the shock and unpreparedness of a candidate suddenly in power was quite an epiphany. We should have the same transition system as they do in the United States. In France, the candidate becomes president overnight.

3. What has been your most interesting experience reporting on the current French elections?


The whole campaign has been completely crazy! Almost every day, we discovered — and covered — "firsts' in the political history of the Fifth Republic. We lived through and commented live on the end of an era: François Hollande's decision not to run for president again a first for an incumbent president, the elimination of former president Nicolas Sarkozy in the first round of the Republican primary, Prime Minister Manuel Valls's defeat in the center-left primary.

And above all, the uncertainty, until the very end, about whom so many voters would choose. Every day was full of surprises. At some point, we may have thought: "Sarkozy, Hollande, Le Pen (who all ran in 2012) ... this is going to be one boring campaign." But the race has foiled all predictions. It was such a formidable moment of democratic life.

4. How is the media in France different from other countries?


What struck me about the American election was the amount of space dedicated to Donald Trump. He was ubiquitous because he fascinated the media.

During a presidential campaign in France, we are forced to follow the rules of the CSA, the country's Higher Audiovisual Council: At first, all the main candidates must be given equitable air time depending on how they fared in previous local elections; and then complete equality among all the candidates during the last leg of the campaign. It's not necessarily ideal. The media have been widely accused of rooting for this or that candidate. But at least this type of rule imposes a principle of equity that's beneficial.

5. What is the effect of the demands of a 24-hour news cycle on your work and political campaigns in general?


It has changed everything! We must be on the lookout at all times. Even on non-working days, it's better to stay informed on the latest twist or controversy or political fact. It's extremely dense. Obviously, the main candidates have understood this. They pace their campaign according to the television and social networks. Everything happens so much faster.

6. What's your favorite social media platform? How do you use it while you're reporting?


Twitter, unquestionably. I used it less often this year for lack of time but I try to post what I see or bits of analysis on Twitter regularly. I post photos of meetings, facts: the number of people attending, videos. And I keep an eye Twitter all the time, it has become a reflex and a crucial news tool to keep abreast of what the candidates and their supporters are up to.

7. What's the first word that comes to mind when you hear the name Donald Trump?

8. Do you have a favorite phrase or word in French?


I have one in Italian: "Magari", which means "if only" but with a certain positive sense of hope — much stronger than in French.

10. Which person from your country do you admire the most (living or dead)?

11. What are you reading right now?

12. If you were a character in a book, who would you be and why?


I would be Elena — one of the two friends Elena Ferrante created in her series. She's a hard-working student living in a working-class neighborhood in Naples who passes the entrance exam for the prestigious Scuola Normale Superiore of Pisa. She makes her way through the second half of the 20th century, trying to be a feminist, fighting to work, write, love freely and raise her children as best as she can. I love her. She's much less romanesque than her friend Lila — the heroine who's incredibly tragic. But I look more like Elena than Lila! 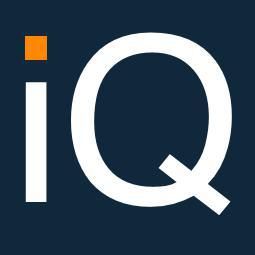 An anti-nuclear activist impersonates Vladimir Putin at a rally in Berlin.

PARIS — Vladimir Putin could “go nuclear” in Ukraine. Yes, this expression, which metaphorically means “taking the extreme, drastic action,” is now literally considered a possibility as well. Cornered and humiliated by a now plausible military defeat, experts say the Kremlin could launch a tactical nuclear bomb on a Ukrainian site in a desperate attempt to turn the tables.

In any case, this is what Putin — who put Russia's nuclear forces on alert just after the start of the invasion in late February — is aiming to achieve: to terrorize populations in Western countries to push their leaders to let go of Ukraine.

The Trauma Of War, A Poisoned Guide For Parenting

As a psychoanalyst, Wolfgang Schmidbauer has researched the psychological effects of war on children — and in the process, also examined his own post-War childhood in Germany. In this article, he warns that parents tend to use their experiences of suffering as a method of education, with serious consequences.

War In Ukraine, Day 90: Three Months Since The Start Of A War That’s Changed The World

Vladimir Putin had planned to roll through Ukraine and splinter the West. While it has not gone according to plan, the destruction and uncertainty left in the path of the invasion has shaken the world.

War In Ukraine, Day 90: Three Months Since The Start Of A War That’s Changed The World

Yes, Her Too: A Feminist Reading Of The Depp Vs. Heard Case