Robotics Researchers Look To Animals To Make The Perfect Bots

Animals have many of the characteristics of the brilliantly useful machines scientists would like to create: flexibility, adaptability, instinctive intelligence ...

PARIS — The little robot moves on unperturbed despite just being run over by a sport utility vehicle. Unlike similar machines with rigid structures, this one created by teams from the Harvard School of Engineering and Wyss Institute for Biologically Inspired Engineering has a soft body made of a mix of rubber and silicone and strengthened with synthetic fibers. It moves on four legs articulated by rubber activators, like something between an insect and a snail. It is just one of the many examples of robots inspired by animals, whose characteristics are of increasing interest to researchers.

Suppleness, for example, is a whole new field in robotics, and researchers are no longer satisfied with the combination of metal and plastic. "A soft palm helps the hand catch objects, because it molds around them," says Pierre-Yves Oudeyer, head of research at Inria in France. As for the heels, he adds, "They can stock up energy needed for human movement."

In any case, the soft parts of a robot are less prone to breaking, says Mike Tolley, head of bio-inspired robotics at the University of San Diego. Robots with a soft body "have an attractive future with a range of applications, from civilian security, to rescuing people and as medical devices," he says. "In fact, in any area where robots interact with people and security is an issue."

Scientists are also fascinated by the exceptional faculties of certain creatures, like a fly's visual acumen. Its eyes have just a few thousand pixels and its brain one million neurons, so how can it still fly in an unfamiliar world without bumping into things? 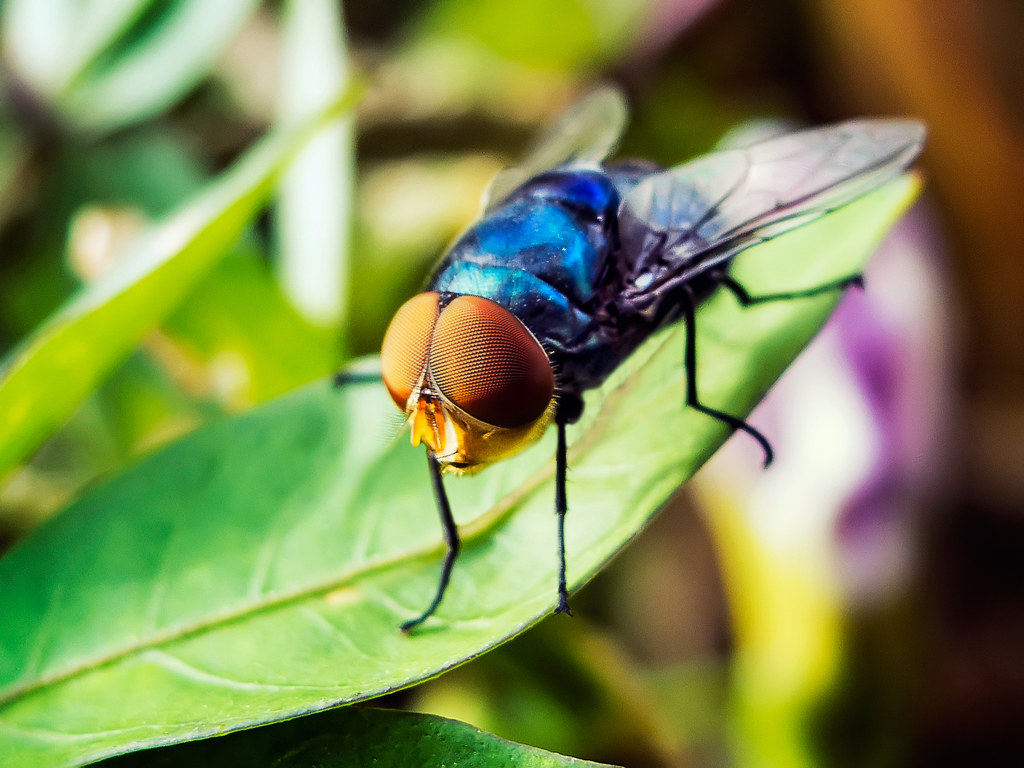 A fly calculates neither its speed nor its altitude to adapt its trajectory, but instead estimates its position thanks to a visual flow provided by the speed at which it flies past objects.

Nature's lesson, says Stéphane Viollet from the Institute of the Science of Mobility at Aix-Marseilles, is that "you can do much with few resources." Viollet heads the biorobotics team at the Institute, which has developed an electronic eye inspired by flies. It is low-resolution, lightweight and low-cost, and interesting to industry. Viollet says it could one day be fixed onto tiny drones to improve their ability to stay still in mid-air or "fly in town, between buildings when you cannot use a GPS."

Robotics experts understand that the perfect machine "will remain a dream for a long time," says Pierre-Yves Oudeyer. "Every animal is particularly adapted to a specific environment, so the idea of conceiving a universal machine that can do any task, in any environment, is an illusion," he says. But animals may also help find a solution to that, especially "social" insects like ants, bees or termites.

"These societies are considered vast nervous systems wherein individuals are neurons interacting to elaborate a common project," say Anne Guillot and Jean-Arcady Meyer in the 2014 French book Poulpe Fiction: When Animals Inspire Innovation (2014). So while each individual member has "limited brain matter, they manage to make complex constructions without the intervention of a supervisor-architect."

"Swarm" robots are another crucial area of robotics research. The European Swarm-bots project, coordinated by Lausanne Polytechnic, makes little robots on wheels that work together on complex tasks, like lifting a heavy object. Labri, a Bordeaux IT research institute, is doing something similar with drones. The aim is make drones that collaborate in flexible surveillance operations. If one drone had to return to base, the others would reconfigure themselves to pursue the task without it, says Serge Chaumette, a Labri professor. "These scenarios cannot be implemented today due to flying regulations that require an operator for each machine. We hope to make the situation evolve with our work," he says.

This is really the beginning of collaborative work between robots. The Bordeaux researchers are working with colleagues in Télécom Bretagne on the Daisie project, financed by the French state, to make drones that will collaborate to find objects on the ground. Or to make land robots that explore terrain and communicate with the robot next to them, creating a potentially unlimited chain of communications. The benefits are numerous: The robots are cheaper because each is relatively simple. They can be spread over a relatively large surface area, and are tough and flexible. The French army is interested in these.

These swarm robots could in the future shrink and start looking like the RoboBee developed at Harvard: two centimeters in length, three wide and weighing just a tenth of a gram. What's the use of the carbon-fiber RoboBee, which can flap its wings 120 times a second thanks to a piezoelectric device? It could visit space and especially the planet Mars, where craft with fixed wings find it difficult to fly, says Jean-Arcady Meyer. Or, one day, they may have to replace real bees and ensure the planet's survival by pollinating the fields.

From Paris To The World, An End And New Beginning For COVID-19

By now, our regular readers know that Worldcrunch works hard at being of and for and about no one particular place or people or subject matter. Our beat and our audience are written in our name, ...