In Yakutia, the region of Siberia where the permafrost reaches a depth of up to 1 km - Amos Chapple/zReportage.com/ZUMA

Deadly pathogens, frozen for tens of thousands of years in the soil of the Arctic circle, suddenly freed and reactivated because of global warming. It sounds like science fiction, and indeed, U.S. author Christy Esmahan imagined a similar scenario as the premise for her 2015 thriller The Laptev Virus.

In it, Esmahan imagines an oil company that, while drilling in the far north, accidentally releases a "megavirus" that's been dormant in the frozen tundra for 30,000 years. Death and mayhem ensue.

The Laptev Virus is just a story, of course. And yet, as much as we'd like to think otherwise — especially in the current context, with the COVID-19 pandemic still running wild — the possibility may not be so far-fetched.

That, at least, is what French scientists Jean-Michel Claverie and Chantal Abergel, co-founders of a research laboratory in Marseille, warn after successfully reactivating two virus — both harmless to humans — that they discovered in the Siberian permafrost.

Permafrost is the name given by geologists to this perpetually frozen, and therefore impermeable, soil that covers no less than a fifth of the earth's surface (including half of Canada and Russia). It's also a real Pandora's box when it comes to microbial life.

"Unlike sea ice, permafrost offers all the conditions required for microbial life to be fully preserved for tens or even hundreds of thousands of years," says Claverie.

By that he means the absence of light and therefore of ultraviolet radiation, the absence of oxygen, which acts like a powerful disinfectant on microbes, a negative and stable temperature, and a neutral pH level, among other things.

Permafrost is a real Pandora's box when it comes to microbial life.

The researcher recently returned from a mission in Yakutia, the region of Siberia where the permafrost reaches a depth of up to 1 km. The deepest layers are more than a million years old.

Bodies of men or animals in perfect condition are regularly exhumed from the permafrost. Findings include the carcasses of mammoths or woolly rhinoceros that lived at the same time as Neanderthals. People have also discovered 300-year-old human corpses that still bear the scars of smallpox, a terrible disease that is 100 times more lethal than COVID-19, as well as the the bodies of reindeer killed decades ago by the no less formidable anthrax bacillus. 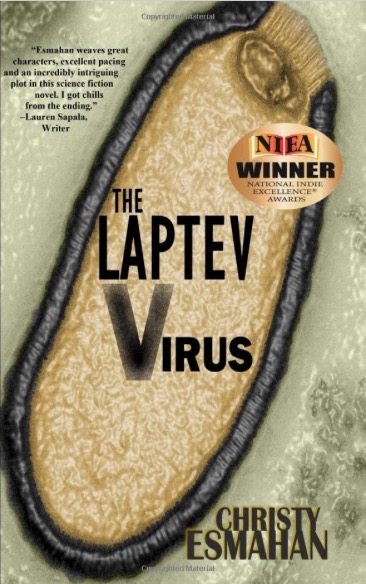 This last bacterium mainly infects herbivores, but they can pass it on to humans. During the summer of 2016, in an area some 2,000 km northeast of Moscow (in the district of Yamalo-Nenetsia), dozens of members of a nomadic tribe of reindeer herders suddenly ended up in hospital. One of them, a 12-year-old boy, died.

It didn't take long for the experts sent to the scene to understand what happened: Due to global warming, the abnormally high temperatures recorded that summer had melted more of the permafrost surface layer (which is sensitive to seasonal temperature variations) than usual, exposing to the open air the carcasses of reindeer killed 75 years ago by an anthrax epidemic.

The long forgotten epidemic occurred in 1941. But the bacillus spores, held captive in the frozen ground, retained all their harmful qualities and were only waiting for a little push from global warming to go back to work. Under the superficial "active" layer of permafrost, which melts every summer before being covered by another, more recent layer, is the permafrost itself, and that never thaws, at least in theory.

In reality, though, climate change is gradually raising temperatures in that deeper area as well. For now, the soil is still frozen, with a temperature of -7 to -8 °C. But studies have shown that this area heats up by approximately 0.1 °C every year, meaning it would only take between 70 and 80 years to bring that slice of soil above the freezing point. That, then, would allow liquid water to run, and where there is water, there is life, including microbial life.

Diseases that no longer circulate (such as smallpox, officially eradicated since 1980) could reappear and even become endemic again. "But that's probably not the worst case scenario," Claverie warns.

The researcher explains that against diseases such as smallpox or anthrax, with which we are familiar, we have a measure of protection in the form of vaccines and/or antibiotics. But what happens if the melting permafrost unleashes unfamiliar bacteria or viruses?

"There could be pathogens with which the immune system of Homo sapiens has never had to co-evolve," Claverie says.

An open-pit mine in Yakutia — Photo: Staselnik

Back in 2003, Claverie and Chantal Abergel — together with their Marseille-based colleague Didier Raoult — discovered what became known as a "giant virus," so named because unlike classic viruses, they are large enough to be seen with an optical microscope. The Mimivirus, as they called it, was the first known giant virus.

Later, Claverie and Abergel discovered two other giant viruses in the depths of the Siberian permafrost: Pithovirus sibericum and Mollivirus sibericum, both active some 30,000 years ago, when Neanderthals still inhabited this hostile region.

The researchers managed to "isolate" the two viruses, meaning they made them multiply again (their findings were published in the PNAS journal in 2014 and 2015 respectively). Fortunately, both of these viruses infect amoebae, which means they are harmless to animal or human cells. That's also why Claverie and Abergel were granted permission to do these experiments.

But not every virus or bacteria in permafrost (Russian scientists claim they have successfully reactivated a million-year-old bacteria) may be so harmless ...

"If you ask me if permafrost contains viruses other than amoeba viruses, the answer is 'yes.' Metagenomics studies have proven it," Claverie explains. "But if you ask me whether these other, potentially pathogenic viruses can also be reactivated, the answer in that case is 'we don't know.' And that's because we're not allowed to experiment. It's considered too dangerous."

This risk is particularly high in Siberia, where mining and hydrocarbon exploitation could theoretically facilitate the unearthing of these unknown pathogens. Indeed, it's one of those unhappy coincidences that the rocks under the permafrost layer, besides containing frozen microorganisms, are also chock full of exploitable resources, including perhaps 20% of the world's hydrocarbon reserves, plus significant quantities of precious metals, from diamonds to the rare-earth elements the tech industry loves so much.

"This is the second, indirect effect of global warming," Abergel explains. "It makes these once almost desert regions easy to access by opening up the Arctic sea lanes, which are free from sea ice eight months a year. We rush there to exploit gigantic hydrocarbon reserves and dig open-pit mines hundreds of meters deep — even if it means releasing all kinds of microorganisms about which we know absolutely nothing."

Science fiction writers can often prove to be prescient. Let's hope that's not the case for Christy Esmahan.

Welcome to Monday, where Navalny is arrested upon his return to Moscow, Brazil starts its mass ...

Welcome to Friday, where the hundreds of kidnapped Nigerian students have been freed, Russia has ...