Lionfish, A Predator On The Menu

Eat it before it eats you - Serge Melki

The only way to eradicate the destructive lionfish, non-native to the Atlantic Ocean and now endangering prey species along the U.S. coast, may be to eat it. But mind the venom.

Lionfish aren't native to the Atlantic Ocean but have long populated the coral reefs of the Red Sea, Pacific and Indian Oceans. Beautiful to look at, these horizontally striped fish often have very long spines fanning out like a body-enveloping mane.

But though they may be beautiful, these predatory fish have become a serious problem for American shores. The red and common lionfish have presumably been in the Atlantic Ocean and Caribbean Sea since the 1980s sine what were thought to be aquarium fish were turned loose, whether deliberately or out of ignorance. Another possibility is that larvae came to this new region through the ballast water of ships. The 1992 destruction of an aquarium by a Florida hurricane also resulted in some lionfish returning to nature.

Swimming for some years now in the Caribbean and along the East Coast of the U.S., red and common lionfish eat whatever they can get along the way. Biologists fear they could eventually wipe out native species, from Florida to New York. 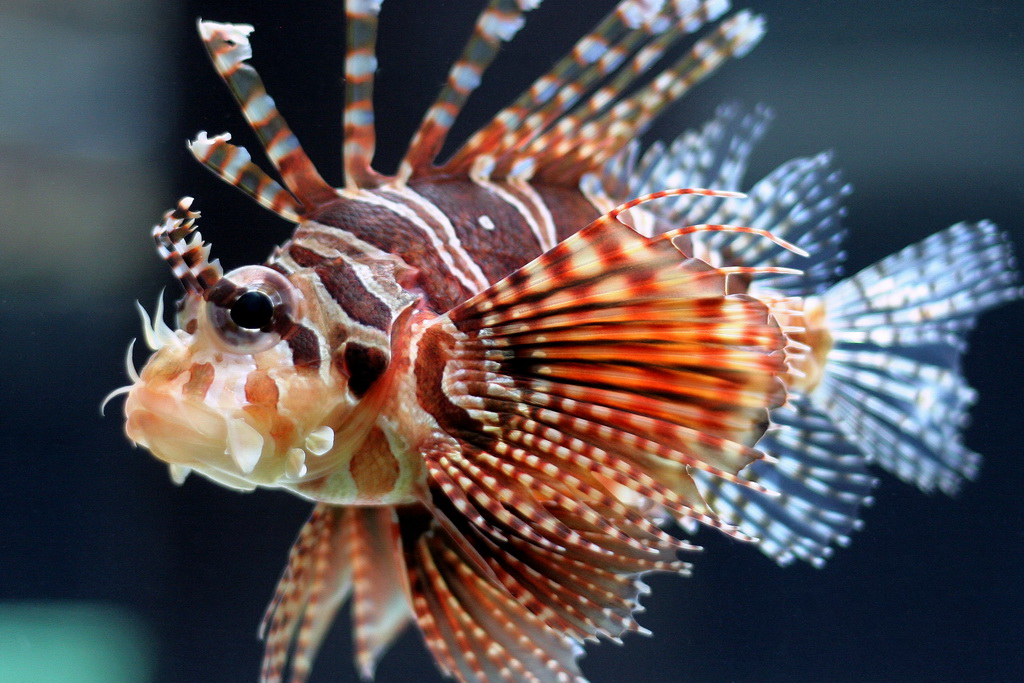 At this year's meeting of the Ecological Society of America, Kurt Ingeman of Oregon State University focused attention on the dangers the fish have engendered. Their way of hunting is highly unusual, and quickly puts them at the top of the list of invaders particularly in the Caribbean.

Ingeman and his colleagues have been observing lionfish for years. They are familiar with the cunning behavior they use to confuse their prey. At first they wait, their bright colors perfectly camouflaged in the coral reefs, for small fry. When a victim nears, the lionfish, its impressive mane open, swims toward it and carries out a beguiling dance that so confuses or hypnotizes the prey it forgets to flee. As soon as the lionfish gets close enough to the prey, it opens its mouth wide and the smaller fish is sucked as if by a vacuum cleaner into the predator's gullet.

The lionfish has another strategy up its sleeve besides the perfect hunting dance, a strategy that has made it one of the best predators among coral reef fish: It quite simply never gives up. Normally, Ingeman and his colleagues say, when the fish they prey on are too depleted in one part of the reef, most predatory fish move to another part of the reef. This leaves the fish of prey population time to renew itself. The concept is nothing less than what we would call "sustainable fishing."

In the Atlantic, however, lionfish do not move on. They eat all the small fish until their populations become so small that they are wiped out locally. "Everything we learn about lionfish shows that they are the ultimate invaders," says Ingeman. And unlike fellow ocean inhabitants in Pacific waters, aquatic residents of the Atlantic have no tactics to defend themselves. Here, there is no strategy for dealing with the lionfish's venomous protruding spines, for example. Thus lionfish can eat as much as they want without themselves being eaten.

For the fish of prey, this results in enormous pressure for sheer survival. "We know that fish can learn and can adapt their behavior within a few generations," the researcher explains. "But we don't know if that's presently the case in the Atlantic."

The red lionfish and common lionfish have presumably been in the Atlantic and Caribbean since the 1980s. It is thought that these aquarium fish were turned loose either deliberately or out of ignorance, or possibly that larvae came to this new home with ships' ballast water. In 1992, a Florida aquarium was destroyed by a hurricane, which also resulted in some fish returning to nature. 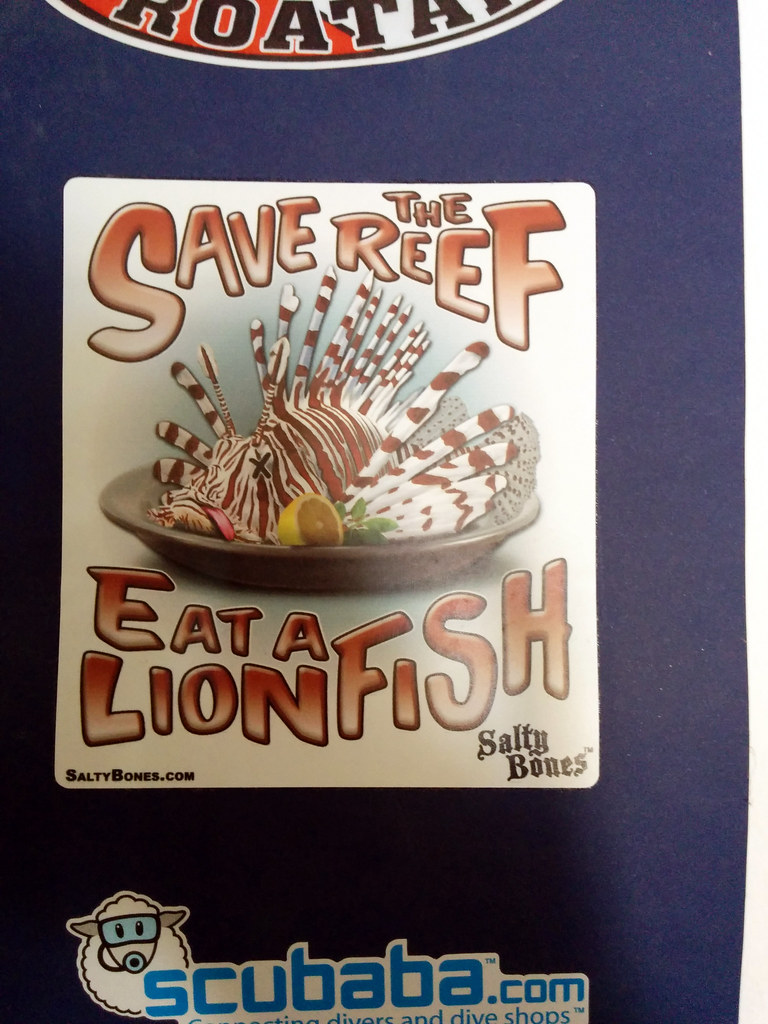 More than 20 years since their introduction to the Atlantic Ocean, there could be a solution to the problem. In Jamaica, the invasion of these predatory fish has long been recognized, and authorities now encourage restaurants to offer lionfish on the menu. The idea is to pit the coral reef's top invaders with the planet's top predators — humans.

In advertisement and videos, Jamaican chefs now show how to properly cook the fish, so that its venomous spines pose no threat. And the predator, they say, tastes as delicate as chicken.

Professors Christian Jakob and Michael Reeder explain how heatwaves form ... and why they weather is a part of climate change we should pay closer attention to.