Joining Whiz Kids On A Make-Believe Mission To Mars

GENEVA — Unbeknownst to the general public, an international group of children and teengers, together with a swarm of Swiss-made robots, pulled off a stunning mission to save the future of Mars exploration.

Their heroics took place on the "Campus des Nations," part of the International School of Geneva in the Le Grand-Saconnex area, where we were on hand one afternoon last November as a group of roboticists aged 11 to 15 — members of a group called the "Dev Club" — helped remotely program robots on Mars and thus save the red planet's international base.

It sometimes happens that great technological achievements have spectacular malfunctions. Take the R45 Martian base, for instance. The generator that powers the base is maintained by hundreds of hamster-size "Thymio" robots. "They are very versatile, quite simple and inexpensive, as adapted to uses in kindergarten schools as to European research projects," says Francesco Mondada, head of the Miniature Mobile Robots Group (MOBOTS), from the Swiss Federal Institute of Technology in Lausanne (SFITL).

But unfortunately, the designers of the international Martian base forgot to program the Swiss-made robots to make repairs in the case of meteorite showers. As it turns out, just such a shower knocked the generator out of commission, threatening the survival of the base unless somehow, someway a collaborative rescue initiative — a world first for this age group — could be launched to reprogram the robots. Fortunately, the group in Le Grand-Saconnex, working with peers in five other countries (France, Austria, Italy, Russia and South Africa), proved they really do have the right stuff.

The resuce mission was make-believe of course: the Martian base is really just a model set up in the SFITL's Robotic Systems Laboratory; and no meteorite actually fell on it. The Hollywoodesque scenario worked wonders, nevertheless, as a motivating framework for a mission where inter-human cooperation is as important as interaction with machines.

After a bit of hesitation, one boy is appointed "communications officer," in charge of managing contacts with the other teams via an instant messaging service that goes with the broadcasting of a video on YouTube. "Yellow has a connection problem," he says. "Blue has lost control." Thirty second later the robots collide. In reality, the event took place 30 seconds before. The communications delay is the result of the huge distance between here and Mars. 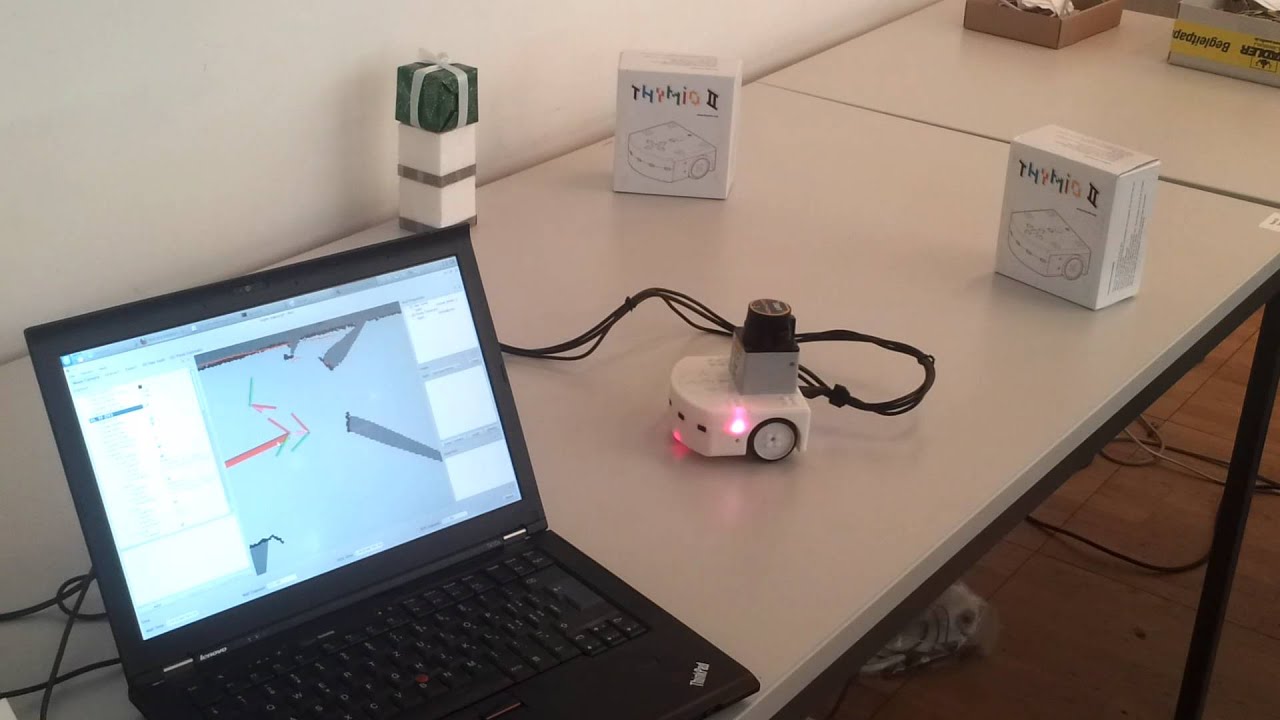 The aim of the mission is of course educational. Francesco Mondada and the "Robotics-Intelligent Robots for Improving the Quality of Life" team from the National Center of Competences in Research (NCCR) are working towards spreading technological education around schools. "This event is proof that, if we give means to pupils, they can produce miracles. Now those means just need to be provided," says Mondada.

The stakes are high. This isn't just about saving the exploration of Mars; it's about giving young people tools they need right here on Earth. "In the way we teach children languages and math, we should also give them the basics that would allow them to handle the technological world around them, not only in a consumerist way, but in a critical and creative way," the roboticist explains. "If we don't train them, they will be left to serve the sole interests of multinational companies."

A robot with universal appeal

Two years ago, as part of its educational section, NCCR Robotics created Thymio, a small, white object with wheels. It is produced by a non-profit association and was developed according to a model based on total access to information by the public, in open hardware and open software. There are now more than 2,000 Thymios in Swiss and French schools.

The designers, working in collaboration with the Lausanne Cantonal Art School (ECAL), wanted an object that would be neutral from an age point of view — so that a four-year-old child can find it interesting, while an academic can use it without the impression of working with an object made for babies — and in terms of gender. Gender stereotypes is "very serious" concern, says Mondada.

"We offer courses for primary school teachers," he explains. "The idea is that children should be able to approach technology in a very direct way, at an age where girls are still not excluded in this field. There are operations targeting older children, but it's too late: choices are already cast in concrete."

Back to Mars and the Campus des Nations. A visitor arriving here by accident couldn't imagine that these children are carrying out, in such a relaxed atmosphere, an inter-planetary achievement. It is surprising to realize that our host group, supervised by David Shaw and Fabien Bruttin, is calmly completing its task before all the others.

The pupils applaud each other, receive diplomas with the prestigious SFITL logo, talk about one of their local heroes, Arthur Zagaryan, the co-founder of the Dev Club and now a student at the King's College in London. Meanwhile, two pupils go to another corner of the room, where they set themselves a new mission: program a Thymio for "a disco dance with annoying lights and noises."