How Hypnosis Can Change Your Life, One Day At A Time

Falsely considered a type of magic, achieving hypnotic trance is already part of our everyday lives. Its potential applications for medical science are vast, if still largely unexplained.

GENEVA — What exactly is hypnotic? The music that the Balinese gamelan plays? Matthew McConaughey's voice in True Detective? Kim Novak’s chignon in Vertigo? The lights on the dance floor in a nightclub? Every time we use this term figuratively, we are actually unwittingly very close to the truth.

Far from its colorful imagery in movies, from The Thousand Eyes of Dr. Mabuse to the Jungle Book, a hypnotic state is a common thing, in the most literal sense of the word. “Everyone is familiar with it,” says Jean-Michel Jakobowicz, a Geneva-based hypnotherapist, and author of L’autohypnose, C’est Malin (“Self-Hypnosis is Clever”, untranslated), a handy book that comes with a series of downloadable recordings.

“I compare this state to what happens when you travel by train and watch the landscape go by: you are absent-minded, you go into a trance. This is what happens in the mornings, when you wake up just a bit but don’t feel prepared to wake up completely,” the therapist explains.

Jakobowicz says it's exactly the same if you’re in a meeting where “a colleague is doing a particularly boring presentation” and you become absorbed by staring at a point in front of you. Reaching an altered state of consciousness is not exactly rocket science. Slipping into it seems to be one of the brain’s natural predispositions.

“Do you want to try it?” the hypnotist asks. Let’s go. “What do you think of warm countries?” Perfect. “Do you have any problems in particular?” Bad insomnia last night. “OK. Let’s go to Morocco.”

My eyelids close, we’re counting down, and the trance begins with a few sentences said in a hypnotic tone. You let yourself delve into the story: a village, a landscape, a stream, night is around the corner and the villagers fall into sleep with it. Eventually, when you come back into the office there’s the vague sensation of well-being. “The idea is to sprinkle all sorts of messages in your subconscious by using metaphors.”

By giving instructions during the trance with this method, it is possible to address a wide range of problems: lack of self-confidence, phobias, sleep disorders, addictions, and even pain.

“I have treated children who wet the bed, teenagers with teen problems, women who have never had orgasms, men with erectile problems, and even a person who couldn’t leave her house," Jakobowicz recounts. "People often come to me as a last resort after having tried conventional medicine. To the eyes of many people, it’s still magic.” 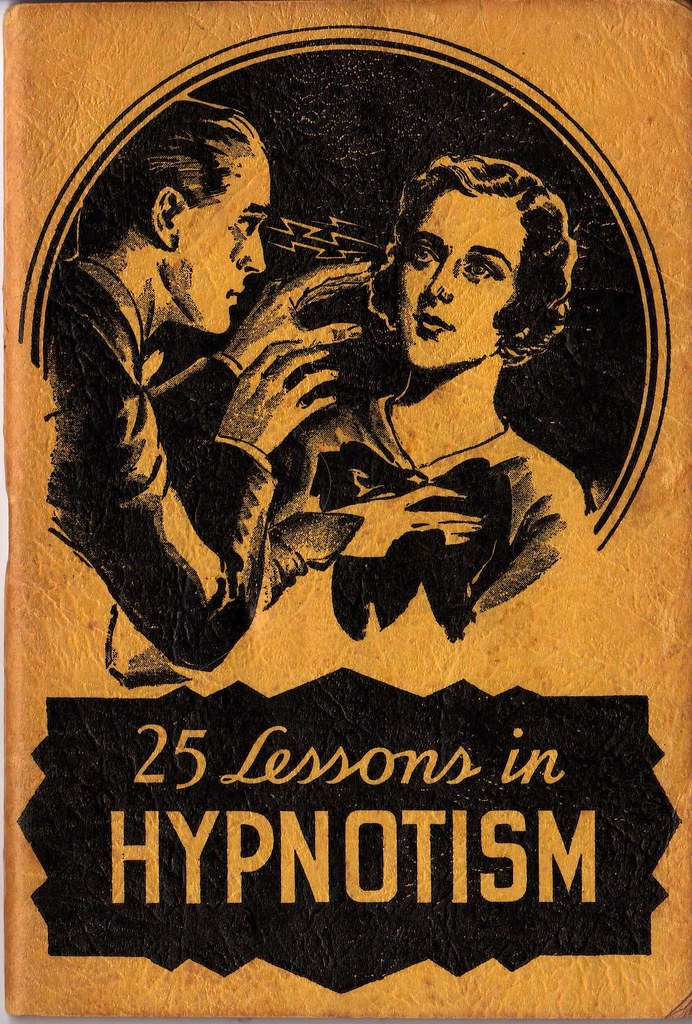 Not a kind of magic — Source: Danielle Buma

But on this point, Jakobowicz is categorical: “It’s a technique, not a gift. Anyone can do it. Hence the term ‘self-hypnosis’.”

How does one go into trance? “Every person finds his own different way.” The book lists a dozen or so induction methods: through breathing, by imagining a rainbow in a raindrop on a flower, switching between real and imaginary stimulations of several senses, the disassociation through the coming and going between oneself and the image of oneself, or memories of past trances. Bertrand Piccard, who used self-hypnosis to fall asleep at will while piloting his Solar Impulse, did it by stretching his wrist and staring at his thumb.

What does science have to say?

Patrik Vuilleumier, director of the Geneva Neuroscience Center and of the Neurology & Imaging of Cognition laboratory at the medical faculty of the University of Geneva, conducted a pioneering study in 2009, and has continued observing brains in states of hypnosis with an MRI scanner. The vision that his observations suggest, far from the cliché where the hypnotized subject is like a puppet in the hands of the hypnotizer, is one of a brain in a state of “hyper-control,” guided by his own imagination.

“In some way, hypnosis is always self-hypnosis," says Vuilleumier. "The subject puts himself in this state. Everyone is hypnotizable. The person just has to participate willingly.”

Is hypnosis a scientifically observable reality? Currently, the most common area of application is the effect on pain. In Geneva, in anesthesiology, it has become routine — with an impressive efficacy, Vuilleumier notes.

"Studies confirm that by stimulating the brain circuits that are responsible for the perception of pain, they are activated in a different way under hypnosis," he says. "The same happens when we suggest to the subject not to see certain colors anymore — or, the opposite, to see colors in black and white pictures."

In Vuilleumier's studies, subjects are told that they can no longer move one of their arms: "We see that the corresponding areas of the brain have a particular activation. So we know that hypnosis changes the way the brain responds. It’s not just the hypnotized subject telling you something happened just to please you.”

How does it work? “That is the part we about which we know the least," the researcher concedes. "There are few studies. But researchers agree that it involves focused attention capacities. Some of the areas that are activated under hypnosis are indeed associated to the focus control, which allows one to concentrate on one thing while ignoring the rest. The brain sets itself in a mode where it overcomes its automatisms and controls the way it perceives and reacts.”

How is all this studied? Subjects are asked to execute a task, with or without hypnosis. Thanks to neuroimaging, the established “functional connectivity” is analyzed, in other words, the way the areas of the brain communicate between each other during the action.

“Normally, the motor areas connect with what are called the premotor areas, which program the movements. Under hypnosis, this connectivity is reduced, replaced by the one between the precuneus — the field of the imaginary — and the motor cortex. It is as if the imagination was taking control.”

Deep or light, hypnotic trances do exist: we experience it in our lives, by chance and also consciously entering: from shamanic rituals to techno music dancing to hypnosis sessions in the neuroscientist’s laboratory. But nothing is ever simple. “Some branches in hypnotherapy say that this state of trance is not necessary: the effect of the suggestion only could be enough to alter the perception and behavior.”

Hypnosis without hypnosis, Vuilleumier says with a touch of irony. “For a technique that has been used be medicine for 150 years, we still know very little about it.”