WASHINGTON — Ok, so Saxony was singled out last week in a New York Times article as an example of the disastrous vaccination situation in parts of Europe. The article talks about the link between anti-vaxxers and the political success of the far-right Alternative for Germany (AfD) party in the eastern German state.

In a sense, Saxony is Germany's Texas. For instance, 59% of U.S. citizens are fully vaccinated, but in strictly Republican Texas, where Donald Trump overwhelmingly won the 2020 election, this figure stands at 54%.

BOGOTÁ — Days ago, passing through the Ben Gurion airport outside Tel Aviv, I could see prominent signs announcing direct flights between Israel and Casablanca in Morocco, and with Dubai and Abu Dhabi in the United Arab Emirates, Manama the capital of Bahrain, and Cairo. These were in addition to the dozen daily flights linking Tel Aviv and Istanbul, which have been operating for some years.

And to think on top of that, we now see the opening of Saudi airspace to flights to Israel, which would have been unthinkable just a few years back.

Urban Jungles? See Wildlife Moving Into 7 Cities Around The World

Wild boars in Rome, big cats in Colombia cities, polar bears in Russian towns: a series of factors, including climate change and urbanization, is creating unlikely encounters between humans and the rest of the animal kingdom.

Wild boars jogging down the street, pumas sauntering through the neighborhood, coyotes patiently waiting for the traffic light to turn green… This isn't the stage set for a new Jumanji or Ace Ventura movie, but an increasingly common sight in residential areas around the world. In recent decades, deforestation, changing agriculture and livestock practices, global warming and the rapid expansion of urban areas into the natural habitats of animals have forced a growing number of species to adapt to life in the city.

And with no sign of urbanization slowing down, some experts suggest that we have entered into a new era where city dwellers must get used to sharing their space with four-legged neighbors.

Welcome to Monday, where Sudan's ousted prime minister has been reinstated after a deal with the military, Chinese tennis player Peng Shuai says she is safe and well in a video call and a Venezuelan orchestra sets a new world record. We also look at the sons of two of the 20th century's most ruthless strongmen now running for president.

From Abidjan To New Orleans, Shaking Out The Origins Of Twerking

Popularized by raucous music videos, sometimes considered quasi pornographic, this phenomenon has its origins in the ancestral Afro-descendant dances and advocates the liberation of the body.

PARIS — "Make your butt jump like a pancake! Did we come here to sit and hide it or to show it?"

Patricia Badin, 49, a particularly energetic twerking teacher, is leading a class at the FGO Barbara Center located in the vibrant Parisian district of Barbès: micro-shorts, sequined bras, sneakers, knee pads slipped under high socks — the armada of dancers sport the de rigueur outfit to do their twerking.

Playing to defeat their male opponents — and gender division in sports.

Whenever a sports team composed of women plays a game, it is referred to as a "women's team." Their male counterparts, however, are simply considered a "team," with no explanatory adjective needed.

This argument has long been invoked when discussing women's secondary place in sports, and the battle is ongoing. Earlier this year, American soccer hero Meghan Rapinoe appeared in Congress to testify about the U.S. Soccer Federation's unequal pay between women's and men's teams.

M.J. "Sunny" Eberhart just became the oldest person to complete the Appalachian Trail...at the ripe young age of 83. He is just one of many of the graying outdoor pioneers to set mind-boggling records that redefine staying power.

At 83, M.J. "Sunny" Eberhart has just become the oldest person to complete the Appalachian Trail, a 2,193-mile journey in the Eastern United States, setting off much well-deserved amazement among Americans.

Of course Eberhart is far from the first senior citizen to tackle a natural feat that virtually everyone, of any age, would never think of even trying. From mountain climbers to long-distance swimmers, here's a look at six hardcore adventurers to inspire young and old to get off the couch, and conquer the world...or at least go for a walk!

SANTIAGO — Like many sectors of the economy, coffee production has suffered the impact of the coronavirus pandemic. But COVID-19 and a consequent change of habits that include working from home have also boosted consumption of hot and caffeinated drinks. Now, cultivators of a crop grown around the Tropic of Capricorn are striving to meet this global demand of around three billion cups of coffee per day.

As marketing consultants Euromonitor observed in a recent study, coffee is an eminently social drink and global lockdowns distorted social habits. At the same time, consumers are also seeking out drinks thought to boost the immune system and provide comfort during this troubling era.

Why Japan Is America's New No. 1 Ally (And May Not Want The Honor)

Asia has become the new center of the world because of China's growing power, which in Washington's eyes has turned Japan from an important ally to the most important. But is Tokyo ready for the newfound responsibility?

PARIS — "Who's the No. 1 ally of the United States in the world?" For a long time after World War II, the answer to this question was obvious: Britain. The United Kingdom envisioned itself as the would-be Athens to the new Rome.

The special relationship that existed between London and Washington after the War was unique. Indeed, it irritated the likes of France's Charles de Gaulle: How could one trust a country, which was certainly geographically and culturally European, but which, between the continent and the open ocean, would always choose the latter? 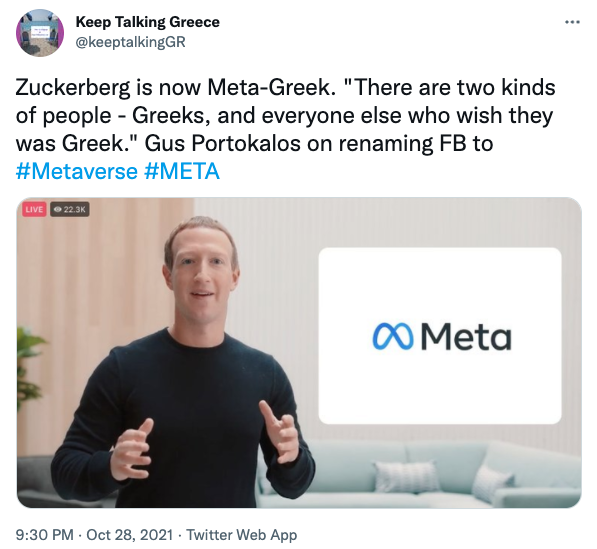 The writer grew up in the town of the infamous witch trials, where Halloween was the most important holiday of the year of her childhood. For the first time in more than a decade in France, this globetrotting sorceress will be flying in to spend October 31 among her native flock.

In France, where I've lived for more than a decade, October 31 is mostly just another day on the calendar. Sure, the Halloween marketing machine has tried making inroads on the Old Continent, but they haven't stirred the blasé souls of Parisians who couldn't care less about carved pumpkins and fake blood.

But where I come from, Halloween is much more than a popular fête, it's a sacred holiday.

Roe v. Wade And Beyond: The Battle For Abortion Rights Around The World

As many look to an imminent threat to abortion rights in the U.S., there are changes afoot around the world, from strict new bans and more subtle means for limiting access to surprising progress elsewhere for women's right to choose.

PARIS — While Roe v. Wade cemented abortion access in the United States almost 50 years ago, the pro-life fight to overturn the landmark legislation has long kept the United States in the global spotlight in the debate over reproductive healthcare.

A recent Texas law banning the procedure once cardiac activity is detected (about six weeks into pregnancy) has resulted in an 80% reduction in abortions in the country's second-largest state. Now, as the Supreme Court prepares to hear arguments on November 1 to determine whether the federal government has the right to sue over the law, it's an opportune moment to also look at the status of legal abortions around the world.

Welcome to Thursday, where America's top general reacts to China's test of a hypersonic weapon system, Russia is forced to reimpose lockdown measures and Venice's historic gondola race is hit by a doping scandal. French daily Les Echos also offers a cautionary tale of fraud in the crypto economy.

Welcome to Friday, where Joe Biden vows to protect Taiwan from China, Alec Baldwin accidentally kills a cinematographer, and can you guess what day it is TODAY? We also have a report from a researcher in San Diego, USA on the sociological dark side of food trucks.

The Food Truck, A Sign That The White And Wealthy Are Moving In

In San Diego, California, a researcher tracked how in the city's low-income neighborhoods that have traditionally lacked dining options, when interesting eateries arrive the gentrification of white, affluent and college-educated people has begun.

What could be the downside of fresh veggies, homemade empanadas and a pop-up restaurant specializing in banh mis?

Welcome to Tuesday, where Pyongyang test fires a suspected submarine-launched missile, Colin Powell is remembered, Poland-EU tensions rise, and yay (or yeesh): it's officially Ye. Meanwhile, our latest edition of Work → In Progress takes the pulse of the new professional demands in a recovering economy.