"The city is a complex form for which there exists no equivalent in nature..."

BOSTON — Scientists are seeking to apply the complexity of urban systems into an equation, in the same way as with atomic structures or galaxies. The objective is formidable: to develop the perfect city.

Franz Ulm and Roland Pellenc, two specialists in the atomic structure of cement at the Massachusetts Institute of Technology (MIT), discovered some amazing correlations by comparing the density of different cities to the periodic table. Translated into a curve, the Chicago grid structure forms an identical design to the crystalline pattern of argon, while the birthplace of grunge music, Seattle, whose incoherent structure confuses tourists, is similar to its gaseous form, flowing unchecked.

"This surprising analogy confirms our idea that the laws of molecular physics can be applied to the texture of cities," the researchers say. They're not alone: Other scientists — physicists, statisticians, designers, psychologists — have the same idea of urban organization as equations. Their goal is ambitious. To predict the future city, they want to create the matrix of a new "urban physique," capable of writing the laws that govern the function of these "urban arrangements."

"The city is a complex form for which there exists no equivalent in nature," explains Luis Bettencourt, a physicist who specializes in complex systems at the Institute of Santa Fe. He doesn't focus on population growth, but on the growth of connectivity between people. "All other properties — the roads we are building to reach each other, the density required to do so, the economic products and ideas we create together — stems from this," he says.

In an article published by the journal Science, the researcher was interested not only in the form of cities, but their function, assuming that — from Paris to Boston to Toulouse — they all obey certain universal parameters. "We must ask ourselves what cities are doing, and not what they look like or how they grow," he says. "When humans gather in dense colonies, it's clear that they collectively create a dynamic that's capable of producing creative and economic outcomes."

Bettencourt refers to this dynamic as "a social reactor," which changes according to a small set of mathematical principles that describes how the properties of cities vary in size and interactions with their population.

His work can be practically applied by urban planners and policy makers. "If we know how the system works, we can optimize it by creating the greatest possible positive social interactions at a low cost in terms of mobility and energy," he says. 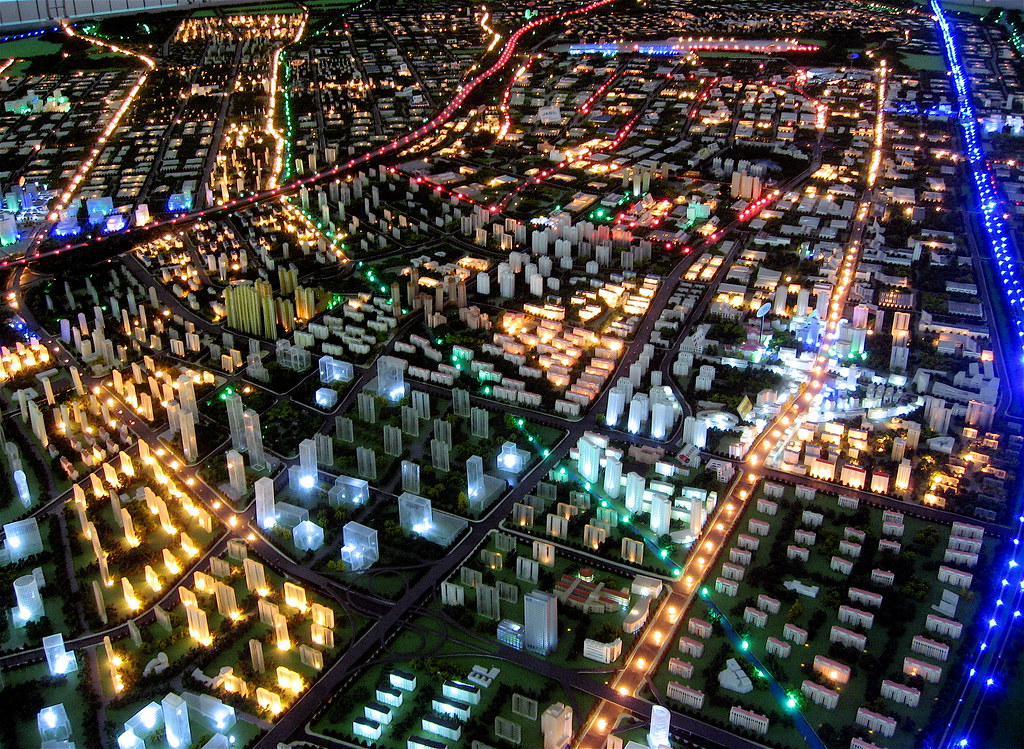 Barriers to socialization, such as crime and segregation, and catalysts that promote the ability of people to connect, such as transport and electricity, are all part of the equation. A dense and crowded city, for example, loses some of its potential without functioning transportation.

His equations will be very useful when building the 200 New York-sized cities needed to meet a radically growing urban population by 2050. This is also the belief of Marta Gonzalez, a physicist at the Center for Complex Network Research at MIT. To get an objective view of the functions of a prosperous city, she models the behavior of individual urban mobility. For 14 months, her team used mobile phones to outline the movement of two million citizens in the Boston area. The conclusion was surprising: Each person visits between 10 and 100 different places each year. And it seems to be true everywhere.

"Despite the diversity of their backgrounds, humans follow simple reproducible patterns with a high temporal and spatial regularity," she says. The information her team gathers is valuable for planners because it aggregates all individual urban flows and easily detects pressure points that could generate traffic. "With a few variables such as the number of vehicles, road capacity and the travel time between two points, our law specifically identifies infrastructure investment needs," she says.

The market potential of these prospective urban mathematical tools hasn't escaped entrepreneurs. In France, François Grosse established the company ForCity two years ago. It already has 50 employees, mainly IT developers and geo-data analysts. "Our numerical models allow for the construction of adjustable scenarios that help decision makers maximize their investments, based on calculations of likely developments in the territory," Grosse says.

One of his research projects simulates the future of Lyon's Gerland district, a part of the Rhône coastline that they want to turn into an eco-city by combining a cluster of laboratories, residential programs and a transportation hub. It's not just about measuring energy demand or the mobility needs of this new district. It's also about the overall impact on Lyon's urban system, Grosse explains. "How do we evaluate the transport demand? Where will real estate prices rise or fall? Will the demand for nightlife change? With the relevant data, our equations can answer these questions."

This objective is important, because it can generate millions in savings. "Designing a building that meets all the strictest environmental standards without considering its integration is not enough," explains Christoph Reinhart, head of the Sustainable Design Lab at MIT. "To control emissions of greenhouse gas in future cities, you have to adapt the construction to each neighborhood. Our work involves using heat dissipation models and mass circulating in and around buildings to predict energy consumption, and provide estimates on a neighborhood scale based on the type of buildings, their height and the materials that compose them."

Is the future of humanity, then, a matter of arithmetic?

-Essay- PARIS — Every aspiring strongman must fulfill a number of prerequisites. He should be skilled at demonizing his opponents and intimidating his allies, manipulating the media and ...

Will Biden guarantee warmer relations with historic allies and tougher stances on human rights? A region-by-region wrap up by Le Monde.