A City Should Force You Off Your Arse

After hundreds of years of reducing our physical activity with the help of machines, we now find we need to move to remain healthy. A friendly city is one that forces you to walk more.

BUENOS AIRES — Since the time Homo became sapiens, we have tried to find the means to move as little as possible. And now we can say we have almost triumphed: Our entire lives are organized so we do not have to take that butt off the seat. We can do almost anything by looking at the computer screen, sitting in a car or traveling by bus. And when we get home, it's not long before we're slouched in front of the television. Then, if we go out with friends, we sit back down around a table or settle into armchairs.

In the 21st century, we have fulfilled the dreams of thousands of generations of our forebears. But being sedentary goes against our nature, and we are paying the price with our health.

For Denmark's Jan Gehl, who is a sort of planning celebrity, the solution is in, well, planning — the type of city planning that focuses less on the physical cityscape and more on people's well-being. Gehl says that's why cities such as Copenhaguen, Melbourne, Sidney, New York and Vancouver are starting to act — so people will walk and use bicycles as much as possible. 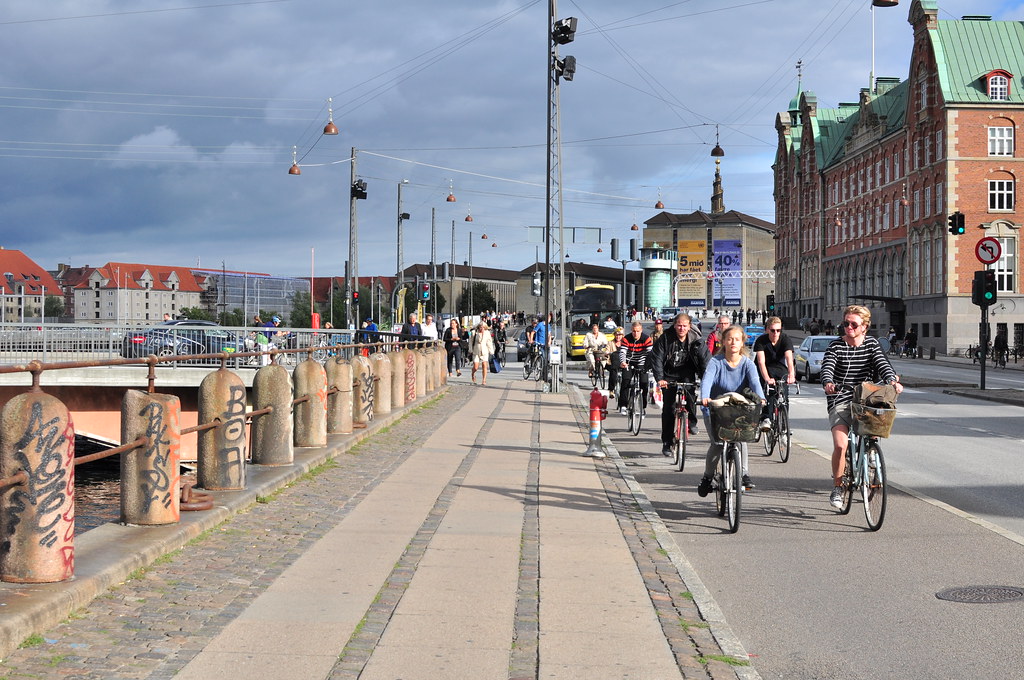 Experts believe that walking at a relaxed pace for an hour a day — a half hour to work and a half hour back, for example — can extend your life seven years. Consider my case. I cycle to Clarín's offices and back home to Palermo three or four days a week. It is an hour's cycling each way, a perfect exercise session (though, sadly, the belly refuses to shrink). The point is, I'm not really wasting time because going by bus, Metro or car would save me only about 15 minutes. I'd say it's a good bargain — give 15 minutes a day, and live seven more years.

Just as we are about to reach the evolutionary dream of not having to move much, we find ourselves having to think about cities that force us to do so. Fewer than 100 years ago, most of us were engaged in manual work — carrying bags, painting, digging or plowing the fields. Physical activity was a normal part of our lives. Today, we have to go to a gym to move our limbs a bit, and many of us don't even do that much.

Gehl has devoted his life to studying how to create cities that are more people friendly. He says that a city needs only a few elements to become a source of public health.

Included among them are parking at a distance from places we have to go to, like work, which will make us walk more; using ordinary staircases instead of escalators; creating an efficient system of bike rentals and good bicycle tracks; spreading venues used daily such as gyms or schools across the city at walkable distances; creating public squares within short walking distances.

Urban furniture also plays a part in encouraging us to move more. There should be seats or benches so people can sit if they need to, but they shouldn't be anywhere and everywhere. They should be placed strategically. Positioned correctly, they're not just for sitting but are also a place to take the sun, look at the landscape, eat, read, meet up with people and even sleep.

There I go again, thinking about resting.

The bombastic president seems to have little regard for precedence or decorum. But is he just an anomaly? And if not, what happens if he loses?

Argentines were hoping Alberto Fernández would be autonomous from his VP and former president Cristina Kirchner. But he's beginning to look like the puppet that former Russian President Dimitri Medvedev was to Putin.