When I blew the candles on my 29th birthday cake, on March 27th 2020, it was only 10 days after the first lockdown had begun in France. Still, I felt lucky. I remember telling myself that, even though the day included no friends, at least in 2021 for the much more momentous passage into la trentaine, I could celebrate properly. Alas...

Besides a fleeting opening up over the summer, France, like much of the world, has largely remained in lockdown mode for what in fact has now been more than one full year. Three weeks ago, when I turned 30, I was able to invite some family members to share a slice of delicious chocolate cake and a champagne flute, but my parents and my brother, who live in another region, couldn't make it because of the curfew restrictions. A big party with friends was of course out of the question.

A big party with friends was of course out of the question.

A second birthday in lockdown puts a point on the disappointment and frustration so many — of all ages — are experiencing. It's as if we were in the same position as when the pandemic started — despite the vaccination campaign and the hope that it would bring back some sense of normalcy. Still, I do believe this troubling moment in history is harder on some ages than others — and I'm not talking about my fellow millennials.

Earlier this month, I received a message in my family's WhatsApp group, asking if everyone could send a postcard to my niece, who turned six years old on April 14th. For the second year in a row, she wasn't able to celebrate her birthday with friends her age or even with her whole family. Reading the message, I thought about all the birthday parties I had as a child and a teenager, how important they were to me, how sad it was that my niece has now missed a proper celebration two years in a row. 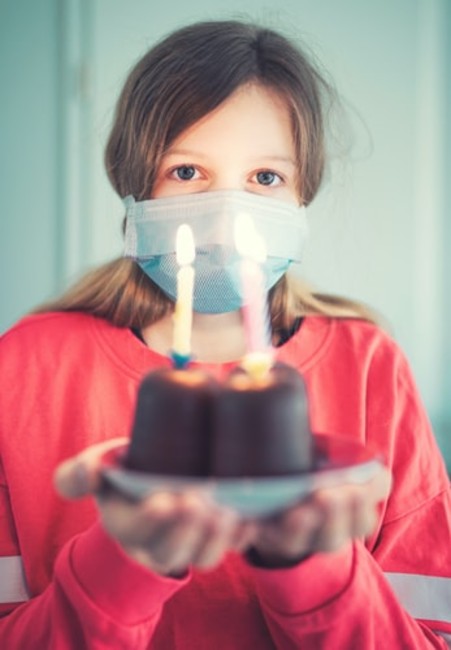 Such concerns of course pale in comparison to the health, economic, social and psychological crises the pandemic has caused. Still, this too is something lost. Experiences (and, later, memories) of games, cakes and candies when you're young, dancing, flirting and maybe the first hangovers a few years later… Many of the group photographs that I have as a child were taken at birthday parties and I will never forget my 18th fête d'anniversaire.

For 18-year-olds, it's not just birthdays that had to be canceled, but also celebrating their graduation, driving license, first summer job,… My brother turned 18 last February and he is going to pass his baccalauréat in just a few months, and so far, I don't think he has any unforgettable memories to take with him. Another 18-year-old, who had to cancel her birthday party, told Le Monde: "It was a way to assert myself (...) There will be no before, no after."

For 18-year-olds, it's not just birthdays that had to be canceled, but also celebrating their graduation, driving license, first summer job,…

To counter that feeling, I can only look at my calendar, hoping that I'll be able to organize a party later this summer, not just for me, but also for my partner and all my friends who are turning 30 as well in 2021.

We might draw some inspiration from Heather Brooks, who'd had a big birthday — 50 — soon after the first lockdown in the U.S., and now just turned 51. She told The Washington Post: "The pandemic makes you understand how fragile and precious life is, to a degree we didn't have to look at before. So, I think I will give my birthdays a little more honor than I used to." Brooks joked that until she can properly celebrate, she still considers herself 49. Well then, count me in too as 29!