Welcome To The Town That Always Votes For White House Winner

The town in Indiana of Terre Haute is a mix of organized labor and university students, traditional values and growing immigrant communities. It has picked the president the last 15 elections.

TERRE HAUTE — For the past 60 years, this town of 60,000 residents in the Midwestern state of Indiana has always voted for the winner of the U.S. presidential election.

Don Campbell, a New York-based journalist, deemed the situation exceptional enough to dedicate one-and-a-half years of his life to make a documentary about the town's bellwether status. Terre Haute, founded by French explorers in the early 18th century, lies on an immense stretch of land filled with corn fields.

"Very few communities are as representative of America," explains Campbell, who moved into a beautiful wooden home in the center of town. "It's an industrial hub that kept strong ties to agriculture. It also has several universities."

Indianapolis, the nearest city, is more than an hour's drive away. The town's industrial past and powerful trade unions mean that the Democratic party often prevailed. But the residents also demonstrate conservative values such as opposition to abortion and gay marriage and support for the rights of gun owners. In the end, local voters tend to swing between the two major parties.

"We don't have the ideological excesses that you'll find in California or New York," says Duke Bennett, the town's Republican mayor. "People here pay more attention to the candidate's common sense than to their political label."

In Terre Haute, supporters of Republican nominee Donald Trump are more enthusiastic than Hillary Clinton's fans, who are more restrained in their support, Campbell says. "They tend to hide their voting intentions more than Trump supporters who make themselves heard on every street corner and plant 'Vote Trump' signs in their gardens. They are the real activists."

Brenda Wilson is one of such activists. She works 12 hours a day on a farm in Prairieton, south of Terre Haute, where she feeds bison and supervises the harvest of corn. "We have a great work ethic," she says, a confederate flag behind her. "We can't accept people living off welfare. Of course, we have to help retired people and veterans. But not young people who can work. And especially not undocumented immigrants."

One of Wilson's biggest concerns is the spread of heroin in the U.S. Drug overdose is the fastest growing cause of death in the U.S. with 15 deaths per 100,000 Americans compared to nine just a decade ago. That's the same rate as the peak of AIDS deaths in the mid-1990s. But unlike AIDS, overdoses affect mostly rural and white populations.

"I have a neighbor whose son just died overdosing," Wilson says, her eyes filling with tears. "My nephew has two boys, 22 and 24, both addicted to heroin. Everybody knows somebody who takes drugs around here … That's why we need that wall between Mexico and the United States. Donald Trump is the only one who can stop the traffickers." 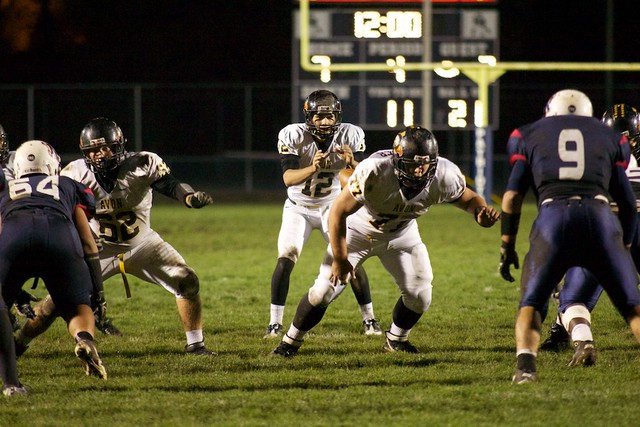 Wilson believes the U.S. is a country of immigrants but says the principles on which the country was built are no longer respected. "My grandmother was Czech and my grandfather was Romanian. They came to the U.S. through Ellis Island. They did everything to assimilate and lose their accent as quickly as possible," she says. "Today's immigrants are completely different. They criticize everything and they want to change the country. Christianity is under threat."

Although 90% of Terre Haute's inhabitants are white, residents say they feel besieged by Mexicans and Muslims. Indeed, many students come from Saudi Arabia because of the university and the Islamic center near the town, and it's not uncommon to see women with veils and men in robes.

"It's paradoxical because immigration is one of the few things that has saved Indiana. Without immigrants, its population would decline," says Tom Steiger, a sociology professor at Indiana State University in Terre Haute.

Steiger, whose father was a member of the Ku Klux Klan in Florida, studies racism in the U.S. He sees Indiana as a historically racist place. "When I arrived in 1987, I realized that people were even more aggressive towards the black community than in Florida," he says.

Back then, the Ku Klux Klan was well established in Terre Haute. The white supremacist group took part in town festivities such as Labor Day celebrations. Police eventually broke up the group. The local leader of the Ku Klux Klan was sent to jail for illegal use of firearms.

Today, racism is again resurgent. "I'm sure it's growing. Maybe that's why Donald Trump is doing so well in Indiana," Steiger says.

Unemployment in Terre Haute is slightly higher than the rest of the country. Companies keep shutting their factories in the town. Pharmaceutical company Pfizer shuttered a local factory a few years ago that left a huge void. Carrier, a company that produces boilers, recently fired 1,400 people and relocated to Mexico, angering residents. Trump seized the moment by declaring, "If I were in office, Carrier would not be leaving Indiana."

Bennett says of Trump that "he's a normal guy," with a different approach to politics. "He's going to shake things up. He's going to do some good and some bad things. But even the bad stuff, it's still better than nothing," he says. These kinds of words show just how fed up people are with government inaction.

"The country must be managed like a company," says Wilson. "There are too many lobbies blocking reforms. Sure, Donald Trump might have an oversized ego but that's an advantage because he won't accept failure."

Democrats have little confidence in a Clinton victory in Terre Haute. "People have only two words in mind, trust and sincerity. That's what makes Hillary Clinton so unpopular around here. Nobody trusts her," says Campbell.

Matthew Bergbower, a young researcher at the Indiana University, says he's "totally confident" that Hillary Clinton will win the national election. "I'm less confident about her winning in Terre Haute," he says.

The 2016 presidential campaign is so puzzling that Terre Haute residents might be polarized in their vote for the next U.S. president. Terre Haute would then lose its status as an oracle that names the candidate who's heading to the White House.

Trump Or Biden: 15 World Leaders, Who They Are Rooting For

Every U.S. election carries consequences beyond America's borders. But Nov. 3 stands out for multiple reasons: a lethal pandemic has killed more than one million people across the world, once ...