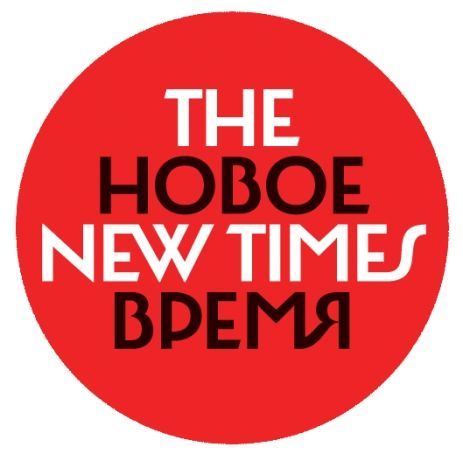 THE NEW TIMES
The New Times is a Russian-language weekly magazine headquartered in Moscow and published in Russia and Armenia. While its original version, founded in 1943, followed the official party line during the USSR, the current magazine is considered liberal.
Geopolitics
Cameron Manley

Regime Change Inside Russia? What It Would Take To Push Putin Out

A perfect storm must come together of deepening troubles on the battlefield in Ukraine, Kremlin insiders turning on Putin, popular opposition and (not least of all) ideas for what comes after. More and more signs of all these factors are starting to show up.

White House officials were quick to clarify that Joe Biden’s words were not, in fact, exactly what they sounded like. “For God’s sake,” the U.S. President said of Russia's Vladimir Putin, "this man cannot remain in power." No, the apparently ad-libbed line in a momentous speech in Warsaw on Saturday was not a call for regime change, but rather a message that Putin “cannot be allowed to exercise power over his neighbors or the region.”

Of course, most of those neighbors in the region, along with much of the international community would like to see someone else take power in Moscow — starting with Ukrainians who are suffering one month into Putin’s unprovoked invasion.

Yet, experts agree, it is only Russians who would have the power to remove the strongman from power.

Welcome to Friday, where an Amnesty International report accuses China of "crimes against humanity," Israel's government makes PETA animal activists happy and the Euro 2020 soccer competition kicks off after a one-year delay. Business daily Les Echos also reports on how hackers manage to use fake news to threaten big businesses and influence the stock markets.

• Report alleges Uyghurs victims of "Crimes Against Humanity": Amnesty International has released a new, detailed report with personal accounts of systematic internment, torture and persecution of Uyghurs and Kazakhs in China's northwestern Xinjiang province. Over 50 former detainees provided testimony — all referenced torture and mistreatment in the camps set up by Beijing for the Muslim minorities.

• Over 350,000 suffering from famine in Ethiopia: The United Nations reports that at least 350,000 people in Ethiopia's northern Tigray region are experiencing famine, describing it as the worst since the 2011 Somali famine. As violence between the government and Tigrayan rebels continues, this famine is primarily attributable to man-made conflict.

• Pope rejects Cardinal's resignation over church's role in child sex abuse: Pope Francis has denied the request to resign of German Cardinal Reinhard Marx, in an effort to take personal responsiblity for the Catholic Church's mismanagement and failure to stop generations of child sex abuse. Francis explained his opposition to the attempt to resign by Germany's leading cardinal, stating that every bishop should take responsibility for the abuse crisis.

• Japan to investigate China-funded Confucius institutes: Amid security alerts from allies, Japan will begin investigating Chinese-led Confucius institutes in 14 private universities across the country. Tokyo fears the hardly-regulated cultural centers could be hotbeds for propaganda and espionage, following similar warnings earlier this year in the U.S. and Europe.

• Israel bans sale of fur: Israel has become the first country in the world to ban the selling of fur in fashion commerce, citing concerns over animal rights. The decision was widely supported by the Israeli public, as well as animal rights groups like PETA.

MOSCOW — Nicolas Maduro has been reelected as Venezuela's president for a new six-year term. Alexei Kolesnikov in the Moscow-based independent magazine The New Timeslooks at international reaction to the election, specifically as it relates to Russia:

"Last month's election of Maduro was clearly flawed and not recognized as legitimate by neither the country's opposition nor the vast majority of the global democratic community. Several authoritarian regimes, however, including Iran, North Korea, Syria and Russia, have recognized the election result, since these states have the same tyrannical, undemocratic nature and strive to sustain themselves as long as possible by creating the impression of "normality" of their illegal practices.

"It is especially interesting to compare Venezuela and Russia, which has long backed the Latin American country. What unites these two states? To begin with, they both have authoritarian regimes headed by dictators who hold on to power by resorting to electoral fraud.

"Russia and Venezuela are also both rich in oil resources that are actively exploited by the ruling class for its own benefit, not for the people's good. Furthermore, both regimes are built on propaganda: They convince people of the rightness of their harmful and unlawful policies by means of constant lies and perversion of reality.

"However, it is still incorrect to say that Venezuela and Russia are the same. Russia has not yet reached such a state of collapse as Venezuela. But it is similar to the Latin American country in respect to recklessness and shamelessness with which state and social structures are being destroyed. If nothing changes in Russia, it may some day catch up with Venezuela. But now Russia is still capable of providing economic support for its ally, which is absolutely irrational and unprofitable from the economic point of view. This support pursues solely geopolitical and propagandist goals. For Venezuela's regime this economic help is extremely important as without it (and without China's support, too) it would have already crashed.

"Today the example of Venezuela is a real source of inspiration for the world's autocrats, including the Russian one. It demonstrates that such inhumane regimes can survive for quite a long time and even conserve the appearance of popular support and legitimacy."

Trump And Putin Face Off On Russian Magazine Cover

The past ten days have taken the U.S.-Russia relationship to a new low, as Presidents Donald Trump and Vladimir Putin "collided in Syria," this week's Russian magazine The New Times reports.

After months of accusations that Trump and Putin were in cahoots, tensions between Washington and Moscow are suddenly running high, one week after the U.S. bombing of a Syrian military base, in a unilateral response against a chemical weapons attack the U.S. administration has blamed on the Assad regime. This week's meeting between U.S. Secretary of State Rex Tillerson and President Putin and Foreign Minister Sergey Lavrov in Moscow brought no visible change.

Trump's swift U-turn on Syria, going from "Assad can stay" to "Assad must go" in just a few days, and fears of conflict escalation between the U.S. and Russia also inspired Ukraine-based magazine Korrespondent, which portrays Trump decidedly unwilling to bury the hatchet, which bears a Syrian flag.

"If War Comes Tomorrow," read this week's edition of Moscow-based magazine The New Times, quoting the title of a famous 1938 Russian propaganda movie on a very Soviet-looking cover, as it wonders what the consequences a new "big war" would be for Russia.

The weekly magazine focuses on the dangers of what it calls "the unexpected war" on the Syrian-Turkish border, where Russia "decided to show the whole world the right way to fight terrorists but ran into his own reflection."

That "reflection" would be Turkey, a country led by an authoritarian leader who dreams of going back to the greatness of the Ottoman empire. The explosive criss-crossing of rivalries and firepower could trigger a spreading of war well beyond the confines of Syria.

Last week, U.S. Secretary of State John Kerry and Russian Foreign Minister Sergey Lavrov had announced an agreement to try to impose a ceasefire in Syria. But already it appears that fighting is actually escalating instead.

"But there is no money," reads the front page of this week's edition of Moscow-based magazine The New Times, alongside a caricature of Russian President Vladimir Putin as an empty-handed, pants-less joker whose socks need mending.

Russia is facing a deepening economic recession, caused notably by the low international oil price. And though Putin has repeatedly declared that the crisis has come to an end, a recent survey shows that more than half of Russians expect the situation to deteriorate.