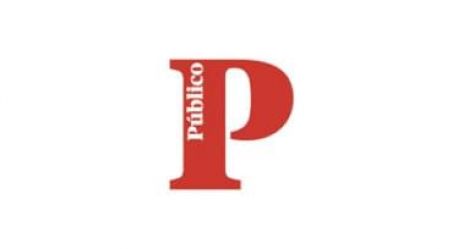 PÃšBLICO
PÃºblico is a Portuguese daily newspaper published in Lisbon. It was launched in March 1990. It is one of the first Portuguese mainstream newspapers to have an online edition which started in 1995.
Geopolitics

PARIS — The world reacted in a chorus of shock Tuesday after the deadliest day in Gaza since 2014, as Israeli forces opened fire on Palestinians protesting at the border against the opening of the new American embassy in Jerusalem. U.S. President Donald Trump's decision to recognize the holy city as Israel's capital, against the will of almost the entire international community, has been the source of deadly clashes for months. But the response of Israeli Defense Forces on demonstrators Monday was brutal. Haaretz, the progressive Israeli daily, posted an editorial Tuesday titled: "Stop The Bloodbath."

The death toll had risen Tuesday morning to 60, with more than 2,000 wounded. As those killed yesterday are being put to rest, more protests are expected as Palestinians also commemorate the 70-year anniversary of the Nakba, when more than 700,000 Palestinian Arabs fled or were expelled from their homes in the 1948 war.

The killings have sparked protests as well as official condemnations from around the world, including the Secretary-General of the United Nations Antonio Guterres, who said he was "profoundly alarmed and concerned by the sharp escalation of violence and the number of Palestinians killed and injured in the Gaza protests."Many of Tuesday's newspaper front pages captured the contrast of Tuesday's events, where Trump's daughter Ivanka Trump was beaming during the inauguration of the new embassy, while unarmed civilians were being killed just miles away at the border. Le Monde"s lead article opened with the following words: "Champagne in Jerusalem, blood in Gaza."

The term "techlash" has been around for awhile, but get ready to see and hear it more and more. The company that stands at the center of this "technology backlash" is no doubt Facebook, with the world's largest social network experiencing its worst week in memory amid snowballing revelations around its relationship with Cambridge Analytica. Some 50 million people had their Facebook profiles harvested so this UK-based data analytic company could target them with political ads and influence elections, not least the last U.S. presidential vote. The scandal has already cost Facebook $37 billion in market value.

But another U.S. tech giant also has big questions to answer following the fatal accident involving a Uber self-driving car and a pedestrian in Tempe, Arizona, believed to be the first of its kind. Uber's decision to pull its autonomous vehicles from the roads is a major setback. "Hard days for the tech industry" indeed, as noted in this headline from Süddeutsche Zeitung.

But beyond these two companies, it's a form of Silicon Valley imperialism that's ultimately in the spotlight. So the techlash is sure to come with a foreign accent.

Part of it, naturally, is a question of money. France and its President Emmanuel Macron are already leading European calls to close the loopholes that have allowed U.S. tech giants such as Google, Facebook or Apple to minimize the amount of tax they pay in Europe. And on Wednesday, the European Commission is expected to unveil a plan to tax digital companies where they generate revenue, instead of where their headquarters are located, a move that The New York Times says is "setting off a fight between the United States and Europe."

Mistrust, at the very least, is indeed advised to anybody concerned about their privacy.

But beyond the cash, there's also a deeper mistrust toward the way tech companies exploit private information. There is particularly strong opposition across the Old Continent, not least in Germany, where the past experience of life under both fascist and communist regimes has taught the public to be cautious when it comes to data. Reacting to the recent news about Uber and Facebook, Süddeutsche Zeitung"s reporter Johannes Kuhn writes that on top of showing the need for more regulation, both cases illustrate "the loss of confidence in tech companies," with a growing number of people wondering "whether companies are taking adequate responsibility for the consequences of their technology or whether, in their adamant path to growth, they've lost — or jettisoned — control over it."

Another disturbing story from Germany, this time published today in Die Welt about whether Facebook listens to conversations to sell targeted advertising — something the company has denied doing and which is often referred to as a conspiracy theory — tends to show that mistrust, at the very least, is indeed advised to anybody concerned about their privacy.

The techlash against Facebook, however, goes beyond personal fears. Diogo Queiroz de Andrade, deputy executive editor of Portuguese dailyPúblico, writes on Tuesday that tackling Facebook and its excesses has become a question of preserving democracy. "The threat to our way of life is real and Facebook is part of the problem," he writes. The social network can "no longer be seen as a mere entertainment platform, given that it's the perfect tool to exploit fears, hatreds and insecurities, and that those who win are those who have the most money to spend to spread their advertisements."

Is there a way to stop it? Yes, according to Andrade, but it will require the intervention of European governments, perhaps even of the European Union, which he says would be "instrumental in an increasingly necessary attack against the enemies of democracy." And most importantly, it will require that people become aware of these dangers — and act. "It's up to the citizens to inform themselves so they can avoid being manipulated," Andrade writes. "By definition, nobody likes to be taken for a fool." Yes, this is what a techlash sounds like.

"We all win" reads the front-page headline of Lisbon-based daily Publico on Thursday, after Portugal's former Prime Minister António Guterres was chosen to become the next UN secretary general.

After what was largely considered an unremarkable tenure by outgoing UN Secretary General Ban Ki-moon, commentators are hoping for better results from Guterres, 67, who has served at the helm of the UN's refugee agency.

In Público, Jorge Almeida Fernandes sums up the challenge: â€œThere are always more crises to control and always fewer means to do so,â€ Fernandes writes. â€œGuterres knows he wonâ€™t be the leader of the world. He only knows that the UN is in the eye of the storm.â€

This App Could Reduce Your Risk Of Cancer

PORTO â€" Health tech is a booming market, with no shortage of apps available touted as new ways to help people stay in shape and avoid illness. But one noteworthy newcomer from Portugal is notably singular in its focus: keeping users cancer-free.

Meet HAPPY (Health Awareness and Prevention Personalized for You), a free app developed by biologist Nuno Ribeiro and the Institute for Innovation and Health Research (I3S), in the northern city of Porto. Using persuasion techniques, the smartphone app encourages every-day behavior changes by prompting people â€" one notification at a time â€" with information about cancer and advice on how to better prevent it.

The app tracks a user's location and, depending on the time of day and other pieces of information such as UV index, sends the person a maximum of one message per day based on the collected data. If the user is at the supermarket, for example, the app might send a reminder to buy fresh fruits and vegetables. If the person is at the beach, HAPPY might recommend sitting in the shade.

Ribeiro believes there are three main factors that make people alter their behavior: motivation, capability and (this is where the app comes in) timely reminders.

"Knowing about the risks of developing cancer isn't enough to alter your behavior," Nuno Ribeiro told newspaper Público. "More often than not, people are aware of the risks but either take those risks or ignore them to keep doing things that give them pleasure," he says.

"Some automatic behaviors are deep-rooted within us and are therefore difficult to break because we're not aware of them," Ribeiro adds. "Technology provides a way to make you aware of these behaviors."

In keeping with B. J. Fogg's theories on persuasive technology, HAPPY also grades a user's performance, awarding people a maximum of 150 points if they follow the app's advice. It also allows users to "compete" with their friends.

During the one-month beta test, the app was successful in helping its 32 users reduce their cigarette and alcohol consumption. Ribeiro notes, furthermore, that HAPPY isn't ad-supported. "It's not there to promote anything except health," he says.

Forest fires burned into Wednesday on Portugal's Madeira Islands, killing at least three people, injuring 174 and forcing the evacuation of more than 1000 from homes and hotels. Several buildings were destroyed on the resort island, including reports of damage to a five-star hotel, as fires have now burned for two days.

Wednesday's front page headline of Portuguese daily Publico reads "Catastrophe in Madeira: Flames reach the heart of Funchal," noting that the blaze had touched the municipal capital of the island that sits off the coast of northwest Africa.

Authorities hope that cooler temperatures forecast for Wednesday can help bring the blaze under control. August is typically the peak time for wildfires in Portugal and other southern European countries, as high temperatures mix with strong winds. Portuguese officials say fires are often started deliberately and spread quickly because forests are not cleared of dead wood.