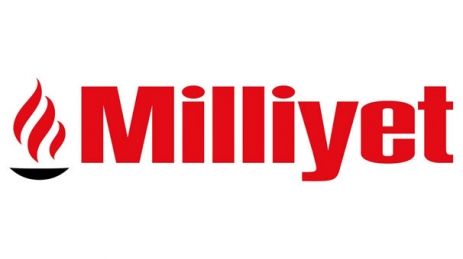 MILLIYET
Milliyet ("The Nation") is a major Turkish language daily published in Istanbul. It was founded in 1950. It is owned by the DemirÃ¶ren Holding conglomerate, and its political alignment is considered center-left.
BBC

Welcome to Tuesday, where Japan's Prime Minister survives a vote of no confidence one month before the Olympic Games, the UK delays its reopening for fears of the Delta variant spreading and a devilishly high roller coaster opens in New Jersey. New Delhi-based news website The Wire also looks at the need for comprehensive development planning for post-pandemic India, both in cities and the countryside.

• China snaps back at NATO: In a communique signed by NATO leaders at the behest of U.S. President Joe Biden, the security alliance recognized the "systemic challenges' China poses to the "rules-based international order." In response, Beijing has called the statement slanderous, urging NATO to stop "hyping up in any form the so-called ‘China threat.""

• Japan PM survives no-confidence vote: Japanese Prime Minister Yoshihide Suga and his majority party survived a vote of no confidence. Opposition parties have criticized the government's handling of the COVID-19 pandemic and the full-steam-ahead approach to the Olympic Games.

• Duterte refuses to cooperate with ICC probe: The International Criminal Court (ICC) announced that it is seeking authorization to investigate the Philippines' violent war on drugs, citing possible crimes against humanity. President Rodrigo Duterte has stated he will not cooperate with the investigation, noting that he had revoked the country's ICC membership in 2018,.

• Delta variant delays UK reopening: The United Kingdom has delayed its full reopening by four weeks over concerns regarding the spreading Delta variant, after being slated to lift the majority of remaining restrictions on June 21. Meanwhile, Brazilian President Bolsanro has asked Pfizer to speed up its vaccine delivery.

• IKEA France found guilty of spying on staff: After being found guilty of illegally collecting private information on staff from 2009-2012, IKEA France has been ordered to pay a fine of €1 million In addition to this penalty, the former IKEA France CEO was sentenced to two years in jail and a €50,000 individual fine.

• Police arrest fast food workers for not giving them free burgers: All 19 staff members at the fast food chain Johnny & Jugnu in Lahore, Pakistan were arrested and held overnight after refusing to give free burgers to a group of police officers. The officers involved have been suspended.

G20 To Gaza, Conflicts Among And Within Nations

On Sunday, the G20 summit concluded in Hamburg with a lot of hoopla but scant results. Seen by many as an opportunity for Donald Trump to advance his international agenda, the gathering of world leaders petered out when it became clear that few, if any, were willing to follow the American President's lead on issues ranging from climate change to global trade.

Trump's decision last month to pull the U.S. out of the historic Paris Agreement on Climate Change was a particular sticking point in Hamburg. And so while the G20 released a communique on Saturday reaffirming its commitment to mitigating greenhouse gas emissions, the summit's accord also included a paragraph on the United States' individual efforts to combat the negative effects of global climate change. Some were even calling it the G19.

The struggles in Hamburg were the latest proof of the importance of international cooperation — and how hard it is to achieve. But political scientists tell us that even harder than agreement between nations is agreement within nations. Exhibit One on that front is the scene yesterday in Istanbul, where the Turkish opposition led by Kemal Kilicdaroglu concluded its 25-day sojourn across the country. Dubbed the "March for Justice", Kilicdaroglu and his supporters walked more than 280 miles to protest the illegal detention of Enis Berberoglu, a member of Kilicdaroglu's Republican People's Party.

For the Turkish opposition, Berberoglu's arrest and subsequent imprisonment is the perfect example of President Recep Tayyip Erdogan's campaign to squash all dissent in a country that still claims to be a democracy. Kilicdaroglu delivered a rousing address on Sunday evening to an estimated one million people in Istanbul's Maltepe Park.

As the Turkish daily Cumhuriyet reported, the crowds gathered under the word "adalet," or "justice", for the tens of thousands of journalists, academics, and activists whom the Turkish state has arrested since last June's aborted coup attempt. For Kilicdaroglu, yesterday's rally was not an end to this struggle but rather its beginning, words cited on the front-page headline on Milliyet this morning.

The struggles in Hamburg were the latest proof of the importance of international cooperation — and how hard it is to achieve.

Internal troubles are also bubbling in the often capricious Middle East following Palestinian President Mahmoud Abbas' decision last month to cut electricity to Gaza down to 2-4 hours a day. Although Hamas, the Islamist organization at odds with Abbas, currently controls Gaza, most of the small strip of territory's electricity is controlled by the Israelis and financed by Abbas' Palestinian Authority.

Most observers warn that the new electricity cut is a bellwether for a growing rift between the two Palestinian camps. But the summer row is also bound to feed eternal animosity toward Israeli policy. As Gazans suffer in the sweltering heat, Amira Haas, who covers the plight of Palestinians for the left-leaning Israeli daily Haaretz, writes that "in the absence of a single accepted leadership, in the absence of an agreed-upon strategy, coping relies on millions of individual schemes for survival and resistance using various types of efforts, energy and tricks."

Haas calls it a "metaphor" for the entire Palestinian struggle. It's also a reminder of what happens when leaders anywhere can't figure out how to settle their differences.

"A New Turkey Is Born" reads Monday's front page of Turkey daily Milliyet, which joined virtually every other national paper in its wall-to-wall coverage of the massive rally in Istanbul to demonstrate national unity against the recent failed coup attempt.

Perhaps more than one million people thronged to the Yenikapi district of Istanbul on Sunday in a rally called by Turkish President Recep Tayyip Erdogan. Turkish daily Hürriyet reports that the leaders of Turkey's three largest political parties jointly organized the rally, in a rare show of unity to demonstrate their opposition to the coup attempt on July 15.

Since the coup attempt, Erdogan has moved to consolidate power. He closed down scores of media outlets, placed the military more firmly under the control of the civilian government and fired more than 3,000 members of the military.

Turkish PM Expected To Step Down

Davutoglu, who is head of the governing AKP, met Erdogan on Wednesday night, in a move that fueled reports that the power struggle between the two men had reached its apex. Davutoglu is expected to hold a press conference today to clarify the situation.

Istanbul-based daily Milliyet, a paper reportedly close to Erdogan, welcomed the news as "a new era for the AKP" on the front page of its Thursday edition.

Ankara Bombings: 'The Cost Of Peace'

"The cost shouldn't be so high," Turkish daily Milliyet writes on Monday's front page, quoting and featuring a picture of Ä°zzettin Çevik, the blood-covered school teacher who became one of the symbols of the toll of Saturday's deadly bombings in Ankara.

Çevik, who was photographed by Reuters amid the carnage, lost his daughter and sister when two bombs were detonated outside the entrance of the capital's central railway station. He was first reported to have died from his wounds but survived, CNN Türk reports.

The attack killed at least 97 people, though some sources say the number of victims stands at 128, with hundreds more wounded.

"The price of peace should not be so heavy and painful," Milliyet quoted Çevik as saying.

No group has claimed responsibility for the deadliest terror attack in the country's history, but Prime Minister Ahmet Davutoglu says the prime suspect is ISIS, Hürriyet reports. The attack is believed to have been executed by two suicide bombers outside the city's main railway station, where activists were gathering before a planned protest against the violence between the Turkish government and Kurdish groups.

Turkish President Recep Tayyip Erdogan, who is hoping the upcoming Nov. 1 elections will restore his party's parliamentary majority, has already ruled out postponing the vote.