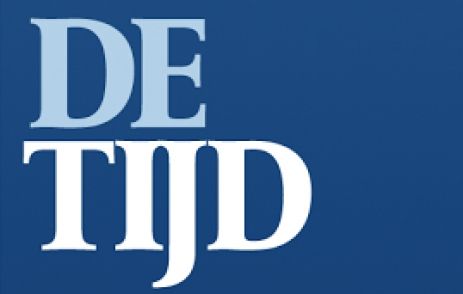 DE TIJD
De Tijd ("The Times") is a Flemish-language Belgian daily that mainly focuses on business and finance. It was founded in Brussels in 1968 and is owned by the Mediafin media group. It has been printed on salmon pink paper since 2009, following the example of the Financial Times.
blog

"Belgians remain in control of big beer," and "The biggest pint in the world is Belgian," Flemish-language business daily De Tijd proudly writes on the front page of its Wednesday edition, a day after the world's second-largest brewer SABMiller accepted a takeover proposal from Belgium-based No.1 beer giant Anheuser-Busch InBev.

According to Brussels-based De Tijd, most analysts remain cautiously optimistic about the merger, stating that "AB InBev can bring about positive impulse," adding that 46% of brokerage agencies recommend buying shares.

European food and beverage stocks rallied at the news of the merger, with the STOXX Europe 600 Food & Beverage Index rising 1.5% in Tuesday trading, Reuters reports.