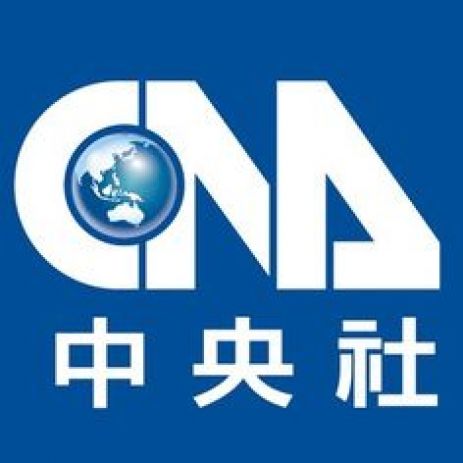 CNA.COM.TW
The Central News Agency (CNA) is Taiwan's official state news agency. Founded in Guangzhou,China, in 1924, it was relocated to Taipei, Taiwan, in 1949. CNA receives part of its funding from the central government. CNA sends out news in Chinese, English, French, Spanish and Japanese.
Coronavirus

The Japanese archipelago Okinawa is both a popular travel destination and home to the highest ratio of very old people. That makes it particularly vulnerable to coronavirus.

The Japanese island of Okinawa is both a popular tourist destination, and home to one of the world's oldest populations. Add to that the upcoming holiday season known as Golden Week, from April 29 to May 9, and it's a potential "perfect storm" of trouble for a location that until now has been largely spared from coronavirus.

For this reason, island authorities are literally begging would-be travelers not to come to Okinawa, reports Taiwanese Central News Agency. "I heard that more than 60,000 people have reserved flights for this year's Golden Week and plan to come to Okinawa," the Governor Denny Tamaki wrote April 26 on his Twitter account. "I beg everyone to cancel their travel plans. Please!"

Japan's fifth largest island, and still home to a significant U.S. military presence, Okinawa is particularly vulnerable to the pandemic because of its demographics, with the world's highest proportions of centenarians, 76 for every 100,000 inhabitants. The situation is putting local health and social-care infrastructures under enormous stress, although fortunately, the prefecture has so far not recorded any seriously ill coronavirus patients out of a total of 137 confirmed cases.

Other top destinations in Japan are trying to warn off visitors as well. In the Greater Tokyo Area, authorities — and even some tourism operators themselves — are urging people to stay away from the Shonan Coast, a stretch of shoreline popular for swimming and surfing.

In the northern city of Hirosaki, famous for its late-April cherry and apple blossoms, the mayor went so far as ask inhabitants not to post photos of the flowers on social media, which might tempt people to visit the city, which normally holds its Hanami Festival at this time.

Under Japanese law, the government has no authority to enforce citywide lockdowns. It has issued social-distancing recommendations but cannot restrict a citizen's free movement, and is thus relying on the public to cooperate voluntarily.

Google Or Baidu? Chinese Have Their Say In Short-Lived Survey

The U.S. web giant may be planning a return to China. But would web users there actually embrace it? An online pull (that mysteriously disappeared after just a few hours) offers some hints.

Bring it! That's the message Chinese tech giant Baidu delivered this week amid talk that Google is planning a return to China. "We are very confident we can just PK and win again," is how the company's founder and CEO, Robin Li, put it. PK is short for "player-kill," a gaming term.

Tough talk indeed. But is it justified? To help answer that question, the Chinese internet company Sina Finance conducted an online poll. The goal was to gauge net-user preferences in China, and the results were extremely encouraging — for Google.

Approximately 2,200 people participated in the poll within just the first 15 minutes, and of them, an overwhelming 85.7% let it be known that, given the choice, they'd go Google, the Central News Agency reported. Only 6.6% opted for Baidu.

Things leveled out a bit as time when on, but still, the results clearly favored the Silicon Valley firm. After two hours, with 17,500 votes cast, 72.8% of respondents had opted for Google versus just 21.7% for its Chinese rival.

Perhaps if the poll had continued for seven days, as originally planned, Baidu would have staged a major comeback. Or not. Either way, it's impossible to know, because for some reason, Sina Finance pulled the proverbial plug on the poll just hours after launching it.

Many suspect Baidu was behind the poll's premature demise. Or perhaps the order to stop the voting came from the Chinese authorities — to "harmonize" society. To save face, in other words.

What is clear is that the results of the short-lived poll don't bode well for Baidu, especially given the criticism Google is receiving for its rumored plan to launch a pre-censored search engine in China. Some are accusing the U.S. firm of "self-castration." And yet, if the Sina Finance numbers are any indicator, Chinese web users still put more trust in Google than in the homegrown Baidu.

TAIPEI â€" The latest piece of ISIS propaganda is a four-minute Chinese-language song released over the weekend on the Islamic terror group's official website Jihadology.

Taiwan's Central News Agency (CNA) is reporting that the song, which first appeared Sunday, is entitled "We Are Mujahid" and features a vocal chorus in Chinese urging would-be jihadists to join their fight. The Mandarin lyrics include: â€œMuslim brothers wake up,â€ and repeats the refrain â€œWe are mujahideen,â€ using the Arabic term for those who take up jihad holy war. There are also phrases extoling the virtue of martyrdom: "Our dream is to die on the battlefieldâ€™, the Taiwanese news agency quoted from the terrorist groupâ€™s website.

It would appear that the latest Chinese-language song is aimed at recruiting from among the Chinese region's Uighur Muslim minority. Professor Chen cited reports of some Uighur having joined the terrorist movement in Iraq and Syria.

Arthur S. Ding, Director of the Institute of International Relations at Taiwanâ€™s National Chengchi University said that mainland China is much more vulnerable to an Islamist attack than Taiwan, due to Beijing authorities' oppressive rule and mass Han Chinese immigration to Xinjiang.