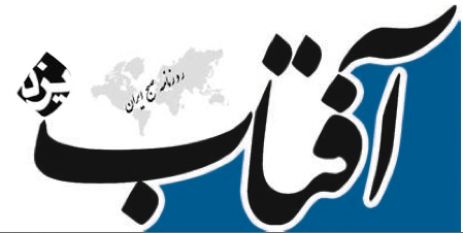 AFTAB-E YAZD
Aftab-e Yazd ("The Sun of Yazd") is a Persian-language daily. It was founded in 2000 in Tehran and is generally considered to be a reformist publication.
Geopolitics
Kat Bohmbach

Bracing For A Second Wave Next Winter

PARIS — The rate of transmission and death toll of the coronavirus finally seem to be slowing, and various national and local lockdown measures are beginning to loosen. In a best-case scenario, both commerce and public confidence pick back up and social distancing measures help the virus to fade away by the summer. But even if that's the case, health officials are warning that a second wave of infection later in the year, as winter approaches in the Northern Hemisphere, is not only possible but probable.

A seasonal link: Though the behavior of the current coronavirus is still fairly unknown, researchers have reasons to believe that this virus shares many characteristics of other (less-deadly) coronaviruses we have faced before, including the one which causes the common cold, where transmission is much higher in the fall and winter than in the summertime, which may also be linked to the strength of the body's immune system. Most disease specialists have come to believe that the coronavirus will also follow a similar seasonal pattern. Dr. Amesh Adalja, an infectious disease specialist at Johns Hopkins University, told The Los Angeles Times: "I suspect this will come back and if we do get any kind of lull in the summer that this will likely pick up in the fall, just like other coronaviruses do."

Reaction time: Director of the National Institute of Allergy and Infectious Diseases, Dr. Anthony Fauci says that a second wave of the coronavirus is "inevitable" in the fall or winter, the only difference is that there is still time for the government to put countermeasures in place that would curb the spread. Last week, researchers at the Center for Infectious Disease Research and Policy (CIDRAP) released a report with at least three possible outcomes for COVID-19's future spread across the country.

Worst case: CIDRAP's worst-case scenario prediction, and also the most likely according to them, is not only that there will be a second wave of the pandemic in the fall and wintertime, this second wave is also estimated to be even larger than what we have been witnessing. According to the author of the report and director of the CIDRAP, Michael Osterholm, the disease will not stop spreading until it has infected at least 60-70% of people (which has been estimated to take anywhere from 18 to 24 months and assumes that these people survive the disease). He says, "The idea that this is going to be done soon defies microbiology."

View from Iran: In Iran, one of the countries initially hardest hit by the coronavirus, doctors are warning authorities that they may be in for another viral winter. Though Iranian officials have been suggesting that the pandemic is currently peaking nationwide, like the Health Ministry's calculations from May 4, which show a decline in infection rates in some provinces and the possible approach of a peak in others, physicians in Tehran predict that next winter will not be anything like a routine flu season. Mas'ud Mardani, an infectious disease doctor and member of the capital's coronavirus headquarters, told the daily Aftab-e Yazd that if the country imported "two million flu vaccines last year, this year it must import between 10 and 20 million vaccines at least," to cover all "vulnerable" people.

French low immunity: As reported by Le Figaro, with France beginning to lift the strict confinement measures that have been in place since mid-March, Prime Minister Edouard Philippe reminded citizens of the difference between loosening restrictions and being in the clear when it comes to the spread of the virus. "The risk of a second wave, which would hit a weakened hospital system, would impose a return to quarantine," he said. "That would ruin the efforts and the sacrifices made." And this risk is very real, according to research published by France's Institut Pasteur, the confinement measures put in place successfully reduced the transmission of the coronavirus by 84%. However, they predict that by the time measures begin to loosen on May 11, only 5.7% of the population will have been infected, meaning that when control measures are loosened, population immunity will be insufficient to prevent a second wave.

Drug Use Doubles In Iran, But True Numbers May Be Even Higher

Iran's Islamic regime may have harsh penalties for drug trafficking, but officials are now estimating that the number of "regular drug users' has doubled in the past six years, from 1.3 million to about 2.8 million.

The head of the country's drug control organization, Parviz Afshar, told Iran's ISNA news agency that currently "about 2.8 million" Iranians (in a country of 80 million) were regular users, of which 67% were hooked on traditional opium and eight percent on newer synthetic drugs. Afshar said the figures were estimates based on recent studies on a sample population of 60,000.

The public is skeptical of official figures on social vices

Agence France-Presse reports that underlying Iran's rising drug use may be its geography. The country lies between Afghanistan and Pakistan, where drugs are cultivated and produced, and Western consumers, making it a key transit route as well as a first market for a range of drugs.

The Tehran-based daily Aftab-e Yazd, suggested this week that the public was skeptical of official figures on "social vices' like drug use or divorce, suspecting that the government often lowers the totals to avoid social alarm or contempt. The distrust, the newspaper writes, increased when the conservative government led by President Mahmoud Ahmadinejad made drug use figures confidential in 2002.

The publication cited the Tehran-based sociologist Ardeshir Geravand who stated that it was difficult to calculate the precise number of addicts — or to define them clearly — but that there could be as many as five to seven million addicts in Iran.

Behind The Missing Obama-Rouhani Handshake

TEHRAN — Iranian legislators questioned Foreign Minister Mohammad Javad Zarif about why he had shaken hands last month with U.S. President Barack Obama on the sidelines of the UN General Assembly. The gesture was viewed by many as another positive sign of Iran's thawing relations with the West, but has irritated the country's conservatives opposed to improved ties with the United States. Indeed, after decades between Tehran and Washington, some hardliners have called for Zarif's resignation in the wake of the Obama handshake.

But in the Tuesday hearing, Zarif told the chamber's national security committee that his handshake hadn't really been meant for him, because President Obama had actually sought to shake hands with Iranian President Hassan Rouhani, the reformist daily Aftab-e Yazd reported, citing the semi-official ISNA agency.

Zarif was being questioned Tuesday, ahead of parliament's preliminary approval of Iran's nuclear pact with the West, against the bitter opposition of a conservative minority.

The country's Supreme Leader Ayatollah Ali Khamenei recently declared that beyond the accord, Iran should not negotiate anything with the Americans, effectively fueling conservative opposition to any rapprochement.

Zarif said President Obama "seemed to be planning to shake hands not with me, but with President Rouhani," following a General Assembly session in late September.

"So my shaking hands with the U.S. president was coincidental, but the Americans had plans to face the Iranian president, which of course didn't happen," the foreign minister said. "What I did was in keeping with Islamic courtesy. Mr Obama came toward me and extended his hand, and it all took about a minute."

Al Monitor has reported that the Iranian delegation specifically avoided having Rouhani anywhere near Obama during the UN meetings to be sure no presidential greeting might occur.

The questioning of Zarif was relatively mild compared to the rowdy parliamentary session on Oct. 11, when one MP hardliner threatened to kill one of Iran's nuclear negotiators and head of the Atomic Energy Agency, Ali Akbar Salehi.

Tehran's northern suburbs, in the foothills of the Alborz mountains, used to be a summer refuge from the heat of downtown Tehran, mainly for their numerous gardens and abundant trees.

The rich used to live there before 1979, and some still do. But over the past 20 years or so, the gardens have gone — as have most of the trees — and given way to a jungle of high-rise buildings comparable to any megalopolis. The Islamic Republic of Iran's super rich now live on the top floors of the highest towers in northern Tehran, where they can breathe the cleaner air for which they have paid exorbitant amounts.

But these towers, some of which were built with scant regard for the city's building norms, have exacerbated the capital's already abundant dust particles and air pollution.

"Every hectare of woodland absorbs 7 to 7.5 tons of dust every year," reformist daily Aftab-e Yazd quoted environmental advisor Esma'il Kahrom as saying. "Now in Tehran, we have replaced this plant cover with buildings. Tehran has faced an environmental crisis for a long time now. It has become a glass and steel jungle. It is not as attractive as it was before."

Not only do buildings not absorb the particles in the air, but building material such as cement actually generates dust, Tehran engineering consultant Mehdi Hashemzadeh told the newspaper.

Kahrom implied that the decline in quality of life could finally put an end to the building frenzy, as most of the more recent buildings have had difficulty finding customers.

"When Tehran becomes less desirable, demand will fall," he says. "When someone makes a building and then finds 60% of it is empty, he'll stop building high-rise towers."