PARIS — Growing up in Chicago, one of my favorite books was From the Mixed-Up Files of Mrs. Basil E. Frankweiler, the story of a brother and sister who run away to live in New York's Metropolitan Museum of Art. Even as a kid, I could sense what a rare treat it could be to spend such quiet, intimate time with artistic masterpieces.

Little did I know that years later, and even farther from home, I would have my own experience of a (nearly) solitary visit inside one of the world's great museums. It happened here in Paris, where I was among the first to line up on a recent Saturday at the Musée d'Orsay after the end of the months-long COVID-19 lockdown.

A friend and I woke up early to visit the Beaux-Arts train station that houses the greatest collection of Impressionist and post-Impressionist masterpieces in the world. I first visited Orsay when I was 9, and despite my young age (and limited attention span), I was awed by the looming structure and large glass clocks that frame a picturesque view of Paris, from the Seine up to the hill of Montmartre.

Escaping confines of personal space revives a new appreciation for things we once took for granted.

It still feels strange to be back in public areas after months in cramped Parisian living quarters. But escaping those confines of personal space revives a new appreciation for things we once took for granted: the first espresso out at a cafe along the Canal Saint Martin or the overpriced bottle of rosé shared with friends at a restaurant in the Bois de Boulogne, a forested park just outside the city limits. 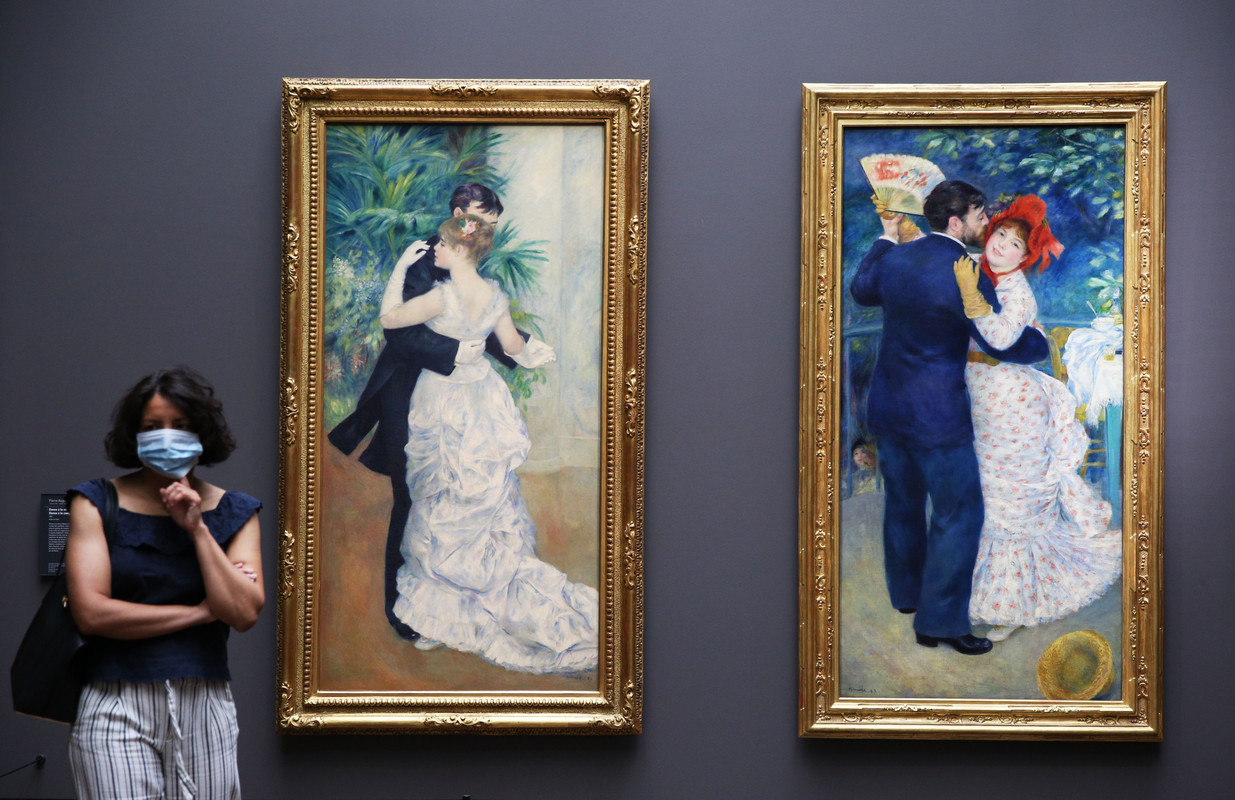 Of course, even strong coffee and pink wine pale in comparison to being alone in front of a Vincent Van Gogh self-portrait with the painter surrounded by swirling shades of green and blue, or taking my time in front of Claude Monet's misty interpretation of the Westminster Palace in London.

Art for many is a form of escapism, even more so when it depicts scenes that feel laughably impossible in the current moment. I spent a long while taking in Pierre-Auguste Renoir's famous Bal du Moulin de la Galette, depicting a crowded and lively courtyard in Montmartre with a swarms of festive Parisians squeezed so closely together they'd make any epidemiologist shudder.

I was also drawn to works that most closely connected to our current reality: Monet's Camille Sur Son Lit de Mort shows the painter's wife on her deathbed at the age of 32, after suffering from a long illness. The long brush strokes make it appear that she is physically connected to her final resting place, somewhere between this world and whatever comes after.

I've been thinking a lot about how artists across mediums will capture this current moment of immeasurable global suffering and incertitude. I'd watched online over the past months as so many have drawn creativity out of the limitations of being stuck at home: from the nature photographer who staged fantastic outdoor scenes with household objects to the exiled Chinese artist Ai Weiwei who beautified thousands of art face masks to raise money for COVID-19 victims.

I don't know how these timely pieces will be gathered or displayed, or what place they may or may not have in some museum in the future. But back in the half-empty Musée d'Orsay, one moment stuck with me for how familiar yet strange it felt. A French mother asked her two teenage sons to pose for a photo in front of one of Monet's iconic water lilies. The two boys begrudgingly obliged, framing the painting with their raised arms. Seemingly satisfied with the shot, the mother paused then asked them to repeat the pose, this time with their masks removed. Clearly, some memories will be better left forgotten.