A self-described American aesthete has no good answers for her French friends aghast at the reality show in the White House.

PARIS — Even as the Republican National Convention invades our screens this week, I keep going back to an unlikely sentence written a few months ago about Donald Trump's presidency: "Artistic institutions should be taken seriously."

Such was the round-about yet relevant conclusion of an article in Les Echos by French political scientist Dominique Moïsi, who argued that American oeuvres about dystopian democracies — such as Philip Roth's novel The Plot Against America and the TV series The West Wing — "often prove to be more accurate than expert analysis."

Moïsi, an expert analyst himself, argues that Trump is not the cause but a symptom of a broken democracy, degraded over decades due to various political and economic factors. This is certainly true, but it's his emphasis on culture as political forecasting that nags at me ever more persistently the closer November comes. As an American living in France, a nation famous for government spending on intellectual expression, I believe Trump is also a symptom of another scourge: bad art.

While the United States produces its fair share of Martin Scorseses and Toni Morrisons, it also generates an inordinate amount of disingenuous would-be "creative" output. America, a capitalist wonderland, has a hard time making art that isn't driven by money. Hollywood continually remakes movies that succeeded in the past, Netflix uses data on their customers' preferences to ensure the movies they produce will bring home the bacon, and the names of musicians who top the Billboard Artist 100 chart don't seem to really change.

Adam Smith's proverbial invisible hand does not deal art equally. When culture is completely managed by the private sector, it can act as a kind of built-in censor to actual daring and provocative creations. 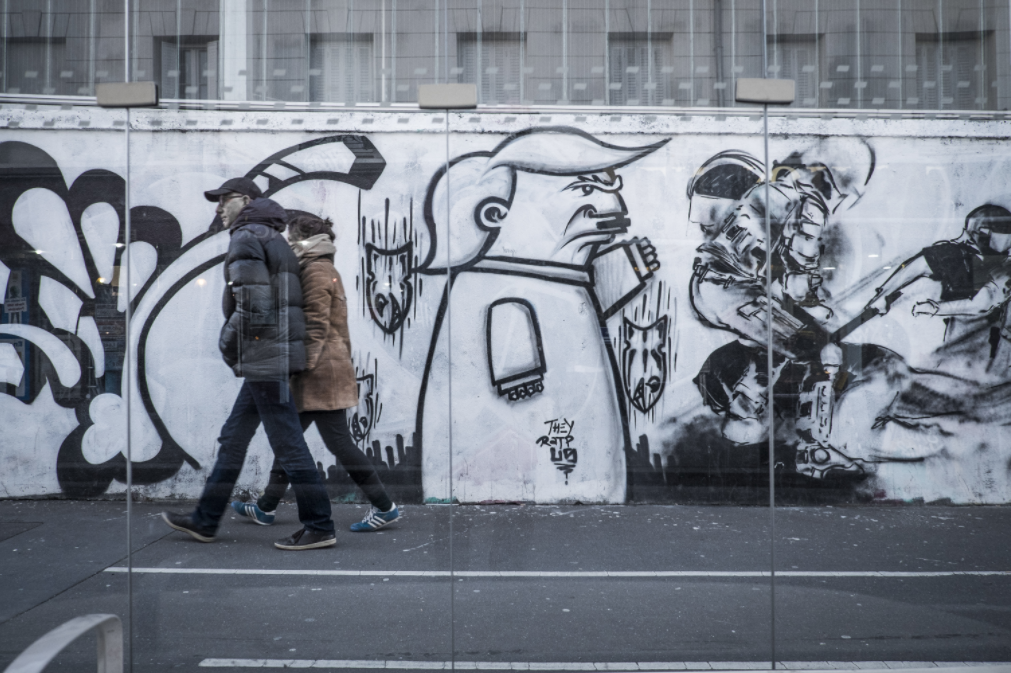 So of course Trump would flourish in a place where ideas, expression and innovation are controlled by cash flow, as the morphing of U.S. politics into a reality TV show now also features Kanye and the Kardashians eyeing the new fall season in the White House. The very public display of the "insanity" of society is a question of culture — and yes, bad art.

The songs we hear in our cars on the way to work, the movies we unwind to at the end of the day: All of this conveys the creator's vision of what life, love, good, evil, happiness, despair, success and failure look like. In the United States, only a certain kind of art makes the financial cut, meaning Americans are imbibing repetitive, monotonous statements. This engenders both a craving for increasingly outrageous content and an aesthetic dependence on familiar elements. Enter Trump: scandalous and a household name.

Don't get me wrong — the French love "Tiger King" and produce some pretty bad pop music.

As mentioned, I make these observations from a very literal distance. While there are many reasons why France shouldn't be idealized, its public investment in the humanities and programs for supporting creative professionals are formidable for any American aesthete to behold. Here, artists have their own special tax bracket, philosophy is a mandatory subject in public high schools and 9.7 billion euros were allocated to the French Ministry of Culture's 2020 budget. This longstanding support system ensures the ability to make art for art's sake, promoting the circulation of avant-garde, stimulating, intelligent thought. Meanwhile, the greatest creative minds of my generation back home struggle to pay their medical bills and student debt.

Don't get me wrong — the French love Tiger King and produce some pretty bad pop music. But, mes amis, we are worlds away from seeing a Trump here. How could the world's master of cultural (and scientific, and political…) exportation be governed so irresponsibly? We are (all) now seeing the dire consequences of America viewing art as a principally monetary endeavor. The French, on the other hand, have long understood the proper role artists and intellectuals should play in politics, which helps keep their reality stars away from positions of power. My fellow Americans would do well to follow Moïsi's enlightened advice and take artistic institutions seriously.