Selfies At Auschwitz: When Tourism Destroys The Meaning Of Memory

It gets harder to feel the weight of history's most brutal hours when you're surrounded by tourists soaking in the sun and thinking about lunch plans.

OSWIECIM — As if they were hitchhiking, two girls stand with thumbs outstretched by the train tracks and stare laughing at a mobile phone as they take a selfie. These are the tracks that lead directly to the selection ramp of the Auschwitz-Birkenau concentration camp.

In one of the camp's sanitary barracks, some young men are bending over the latrines and theatrically holding their noses. They post the picture — "Memories of the Holocaust" — online immediately.

And such pictures go viral on the Internet. They are the digital trace of people who visit memorial sites such as Auschwitz as if they were a conventional destination, a casual vacation spot. It's as if the former Nazi extermination camp were on a list of 100 "must-see" places to brag about having visited.

Selfies by the gallows

It could be that selfies like that are just part of a trend in self-portraiture. But they by no means represent just a lack of tact on the part of a few teenagers — because at Auschwitz, people of all ages behave as if they were visiting an amusement park. The man who sticks his elbows out to prevent anyone coming between his camera and a model of a gas chamber is of retirement age. The members of the group taking pictures over and over of a pile of Zyklon B cans reached adulthood some time ago. Here, decency has nothing to do with age.

Why does a father let his boys pose in front of the gallows in Stammlager Auschwitz I? Why do women check their hair in the reflecting glass of the showcase containing the garments of murdered babies?

Such visitors might enthusiastically purchase model sheets of the inmate barracks as souvenirs, and book tours of the facility. Wouldn't such things be good sources of revenue to maintain the camp?

Management of the memorial site would most likely never entertain ideas like that, and it tries to react sensibly to light-hearted, jokey pictures taken by the wall where people were shot by asking for visitors to behave appropriately. It has erected a "No Pictures" sign in front of the mountain of human hair that weighs tons.

Problem recognized. Problem addressed. But nothing has changed. Among the most-photographed items, personal items that belonged to prisoners rank second place. In first place is the sign over the entrance that reads "Arbeit macht frei" (Work Makes You Free), under which 1.4 million passed in 2013.

In nearby Cracow, people solicit participants for Auschwitz tours on every street corner. "Why not? We probably won't be in the area again any time soon," say the tourists heading for the parking lot full of charter buses. They make a racket, laugh, snack. You'd think they were headed for the zoo or the beach.

Wearing shorts, jean skirts, sandals, with the laid-back look of people recreating, they stroll through the extermination camp. Dress code? Forget it. The guards at the gate seem to smell a terrorist in every backpacker, but they pay no attention to appropriate clothing.

Presumably, they've just become resigned. Otherwise, they would have to turn half the visitors away or, as is customary in mosques, provide them with covering.

These are the same sort of sightseers who in Greece go straight from the beach to the basilica in their bathing suits. These are loud, laughing, chatty visitors, on the lookout for a WC somewhere between the metal gate, the ovens, and the barbed wire fencing — in this place where human flesh burned, where the stench of corpses and latrines overwhelmed all other smells, where an SS officer casually lit a cigarette while another turned on the gas in the shower room.

The visitors throng from barrack to barrack, endless rows of them snaking past the exhibition showcases or sauntering along the barbed wire fence as if they were walking through the set of Schindler’s List. A quick glance at the cell of Maximilian Kolbe, a Polish friar who volunteered to die in the place of someone else, reveals that there is little interest among the visitors. Maximilian who? They've already moved on.

They walk into Auschwitz as if it were a movie theater, pay for two hours worth of entertainment, and so they don't forget where they've been, they snap a quick photo of the gold-rimmed glasses with the large fleck of blood on a lens, and the suitcase that bears the chalk inscription, "Orphan Hana Fuchs, 3.6.1936, Nr. 645." Mass tourism meets mass extermination.

Emaciated, tortured, dying, their bodies covered by rags, men, women, children — human shadows stare out of mat black-and-white photographs. But woodchip wallpaper is more expressive than the faces of those casually strolling past.

Ah, those carefree Auschwitz excursionists. Should you happen to see somebody who looks horrified, you don't know if it's because of what the place represents or if they are appalled by the attitude of the tourists who exhibit curiosity but no respect.

Auschwitz is no longer an authentic site. The savagery, the million people who died — there's no way for this to grip you when you're in the presence of sunbathing tourists thinking about where they'll have lunch. They hold hands, straining in anticipation to take in all the Holocaust highlights, looking forward to a cup of coffee afterwards.

Philosopher Karl Popper found that "true ignorance is not the absence of knowledge but the refusal to acquire it." But the best business is done with the truly ignorant — worldwide. That's why there's a growing offer for destinations where knowledge can be actively rejected. 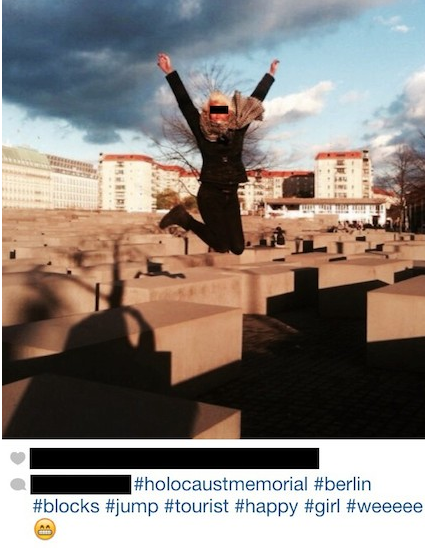 So you can play war games in the Vietcong (Cu Chi) tunnels, climb around on the pillars at the Berlin Memorial to the Murdered Jews of Europe, engage in poverty tourism in the Cape Town townships, spend a jolly evening at the Anne Frank musical, or visit the restricted zone around Chernobyl. Participants of organized Poland trips go directly from Auschwitz to the Führer’s "Wolf’s Lair" in Ketrzyn. The visit includes a joyride in a tank.

What Ireland Can Teach Poland About Abortion Rights

The 2012 death of Savita Halappanavar, who was unable to get an abortion in Ireland, set off nationwide opposition to a ban on the procedure. What happens when a similar case arises in Poland?

Photo Of The Week: This Happened In Warsaw

Poland is a nation divided. On October, its constitutional tribunal ruled that terminating pregnancy due to fetal defects was unconstitutional, making abortion almost completely illegal in a ...