Indigenous pride, Ukrainian drag queen carpenter and in-flight, same-sex marriage proposal, and plenty of other stories from around the world

Welcome to Worldcrunch’s LGBTQ+ International. We bring you up-to-speed each week on the latest news on everything LGBTQ+ — a topic that you may follow closely at home, but can now see from different places and perspectives around the world. Discover the latest news from all corners of the planet. All in one smooth scroll!

✉️ You can receive our LGBTQ+ International roundup every week directly in your inbox: Sign up here.

The first International March of Sexual and Gender Diversity was celebrated in the border cities of Villazón, Bolivia and La Quiaca, Argentina. Indigenous communities were front and center at an event demanding basic human rights.

"We were all dark skinned marching and that was the most beautiful thing, breaking the borders with indigenous queerness," activist Alexis Méndez told Agencia Presentes.

Rosalinda Ancasi, the first openly trans woman from La Quiaca and co-organizer of the event, said the aim of the weekend march on the border was to “help us achieve greater visibility and our demands gain strength. We seek to position ourselves as people who deserve to have more respect and affection from society.”

🇲🇽 One In 20 Mexicans Identifies As LGBTQ+

For the first time in history, the National Institute of Statistics and Geography (INEGI) of Mexico conducted a National Survey on Sexual and Gender Diversity. This data presented offers official statistics to guide the Mexican government to design and generate public policies to achieve a more egalitarian and inclusive society, Presentesreports.

The survey shines a light on some worrying numbers: 518,311 LGBTQ+ people were forced to go through a form of “conversion therapy”. Additionally, 1 in 5 trans people have been assaulted and forced to leave their homes. One out of every 20 people over the age of 15 identifies as LGBTI+ in the country. This means 5.1% of the country's total population, or about 5 million people.

The Constitutional Court of Colombia ruled that rejecting a blood donor for being homosexual, bisexual or trans is discriminatory, reports Sentiido media.

This decision comes after a Colombian gay couple took legal action when they were rejected as blood donors, despite being in a monogamous relationship, using condoms and having presented negative tests for HIV.

The Constitutional Court said LGBTQ+ people in Colombia can finally approach the country's blood banks to donate blood without fear of being discriminated against because of their sexual orientation or gender identity.

Disney released a new series, Baymax!, a spin-off from its 2014 adventure-comedy movie Big Hero 6. The series is currently streaming on Disney+ and has already sparked controversy on social media.

The third episode features is a scene in which a transgender man buys tampons and pads. Some conservative viewers felt uncomfortable, saying such content was not suitable for children. The appearance of a transgender character is in line with Disney’s desire to be more inclusive by showing more LGBTQ+ characters and menstrual cycles. Recently, Lightyear, another Disney movie, was censored in several countries due to its portrayal of same-sex relationships.

Florida Fovernor Ron DeSantis’s Parental Rights in Education Act, also known as the “Don’t Say Gay” law went into effect last week in the southern U.S. state. The law bans any talk of gender identity and sexual orientation in kindergarten through third grade, and also prohibits such discussions all the way through high school.

According to NBC, DeSantis has suggested this is only the beginning, saying in an interview with Fox News back in April that “things like woke gender ideology have no place in the schools, period.”

Flight attendant Veronica Rojas made a very special passenger announcement on an Alaska Airline flight from San Francisco to Los Angeles. Passengers heard the usual sign, but instead of providing safety recommendations, Rojas proceeded to tell them how she had met her partner, the plane’s pilot Alejandra Moncayo, on the same flight two years earlier.

She then specifically addressed her girlfriend in Spanish, asking, “My goddess. With you, I’ll go to the skies. Would you do me the honor of being my wife?” before offering her an engagement ring. Moncayo said yes to the cheers of the passengers, who were all offered free tickets for a future flight by Alaska Airlines.

The community of New Longton, Lancashire has rallied around a local gay couple who were targeted with hate mail. The couple, Nathan Jones and Daniel Cooper, who run the local village post office, received an anonymous letter demanding they take down the Pride flag they had hung on the building. The letter claimed the village was a “Christian” area visited by children and that the flag was “revolting”.

A community member write an online post about the letter and soon garnered a flood of support for the couple, with residents staging a rally outside the post office. Chris Wilson, an organizer of the rally, said “I’m not a political person, I’m not a religious person, but I am a person who cares. I am a proud gay man [who] will stand shoulder to shoulder with anyone regardless of sexuality, gender, race or religion to show that love wins, love will always win.”

Ozerov built coffins, some of which were destined for Bucha

Artur Ozerov from Kyiv is one of hundreds of thousands of volunteers helping the Ukrainian army and civilians during the war. Still, he’s got his own approach. The Ukrainian news outlet Novoe Vremya featured a profile of Ozerov, a Ukrainian civil servant, owner of an apiary near Kyiv, and a drag queen artist.

"When the full-scale war started, my first thought was: I won't go anywhere, I'll stay home. I have a big house — lots of bees and animals,” recalls Ozerov, whose drag name is Aura. “But if God forbid, something happens — a rocket hits, or something catches fire, who will put it out?"

About ten days after the full-scale invasion, Ozerov and his colleagues were called on by the army to help. Since he was good with wood and making frames and beehives for his apiary, it fell to Ozerov to begin making coffins.

He soon realized that some of them were destined for Bucha, the suburb of Kyiv where an untold number of civilians were massacred in alleged Russian war crimes. “When we produced the coffins and the number passed 100, I couldn't realize how many people died there… You chop-chop-chop-chop these coffins, and they tell you they need more and more. It was emotionally hard," Ozerov told Novoe Vremya.

Lebanon’s Interior Ministry has called for a ban on events “promoting sexual perversion,” claiming such gatherings violate customs, traditions and “principles of religion.” The decision specifically targets LGBTQ+ activists, who have since reported having been questioned by security forces. A peaceful march to protest against the ban was canceled due to death threats amid an avalanche of homophobic attacks on social media.

Human Rights Watch and other associations that are part of the Coalition to Defend Freedom of Expression in Lebanon have condemned the ban as “discriminatory and unlawful” as it violates LGBTQ+ people’s constitutional rights to equality, free expression and free assembly. The queer community was already badly affected by the 2020 Beirut port explosion, which destroyed many gay-friendly venues and prompted a population exodus.

🇳🇬 Nigeria Sentences Three To Death By Stoning For Homosexuality

Three men, including a 70-year-old, have been arrested by the Hisbah religious police of northern Nigerian state Bauchi on charges of engaging in homosexuality. The three men all confessed and were subsequently condemned to be stoned to death by an Islamic sharia court. They were not represented by lawyers and have 30 days to appeal the sentence.

The court decision must be approved by the state governor to take effect, but homosexuality is generally outlawed in Nigeria. People entering same-sex relationships face jail time according to the country’s law, but the constitution remains neutral on religion. Yahaya Aminu Sharif, a 22-year-old singer who was sentenced to death for blasphemy in 2020 by another sharia court, has asked the Appeals Court to rule whether the sharia penal code is constitutional.

UK-based organization Rainbow Migration, which advocates for members of the LGBTQ+ community seeking asylum, launched a campaign called No Pride in Detention. The campaign aims to end the detention of LGBTQ+ asylum seekers in the country, a detention that serves “no purpose other than to isolate and traumatize them.”

The government had already recognized in 2016 that transgender people are more at risk of being harassed or sexually and mentally abused but nothing has been said on LGBTQ+ people. The “No Pride In Detention” campaign calls for a 28-day time limit for all asylum seekers’ detentions.

Last weekend, over 1.5 million people flocked to London for Pride celebrations, making it the most attended Pride in British history. This year’s celebrations also marked the 50th anniversary of London’s first Pride march. Labour member of Parliament Emily Thornberry took to Twitter: “50 years ago, to be at a demonstration like this was to take your life into your own hands. And actually, it was a protest, and it was also about just being proud of yourself, being confident, and looking the world in the eye and going ‘yeah, I’m different, so what?’” 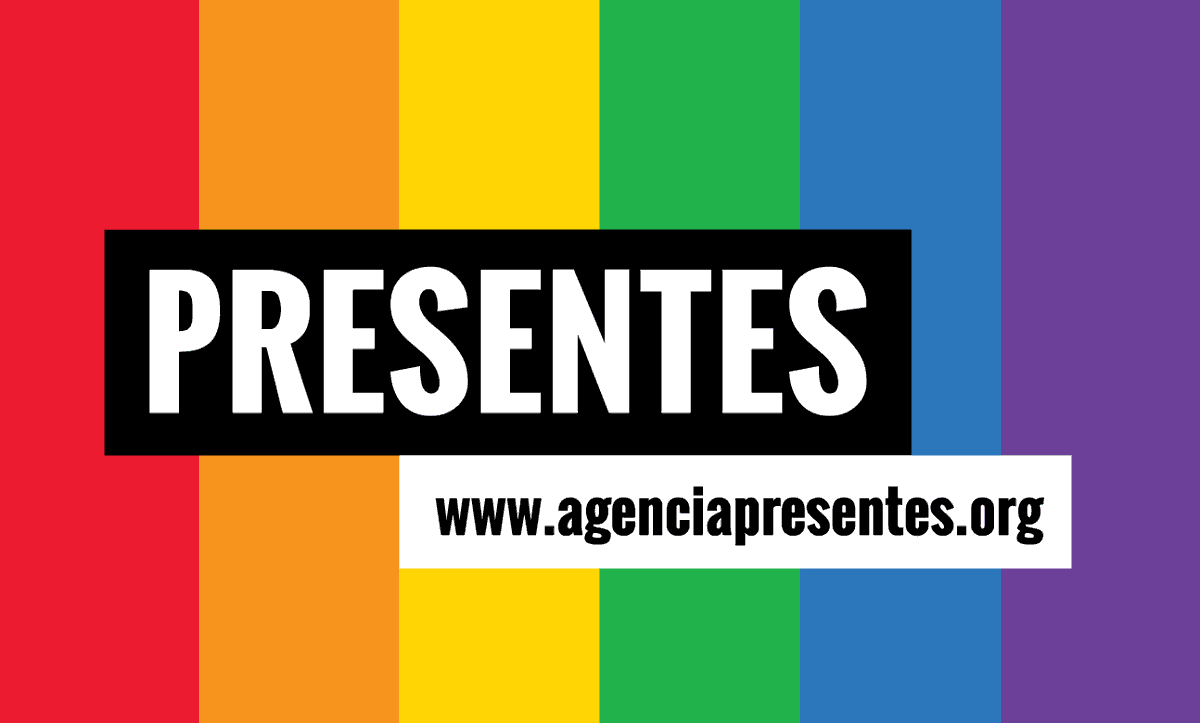 Russia Is Triggering A Domino Effect Of Worldwide Conflict

Russia's attack on Ukraine has exacerbated tensions not only in its neighborhood, but around the planet, making the world's hotspots even hotter.

BUENOS AIRES - Tensions seemed to be easing at the start of 2022. Even though we didn't know how much damage the pandemic had done, we at least knew that we had gotten through the most disruptive phase of COVID.

Russia Is Triggering A Domino Effect Of Worldwide Conflict

Russia's attack on Ukraine has exacerbated tensions not only in its neighborhood, but around the planet, making the world's hotspots even hotter.

Dismissal Of Iran Spy Chief Shows A Regime In Disarray

The recent departure of a top Iranian military intelligence chief, supposedly over security lapses and bad decisions, reveals regime weakness in an area key to its survival: espionage and state intelligence.

Dismissal Of Iran Spy Chief Shows A Regime In Disarray

What Jesus Really Said: Fixing The Mistranslations That Have Shaped Christianity