Sharing an 800-mile border with Russia, the Nordic country has seen public support for NATO membership skyrocket following the invasion of Ukraine. Neighboring Sweden also looks set to join the military alliance later this month. Both countries had for decades avoided NATO membership for fear of provoking Russia.

Finland looks certain to join NATO after the country’s president and prime minister released a joint statement saying they are in favor of joining the military alliance.

Kremlin spokesman Dmitry Peskov warned "corresponding symmetrical responses on our side," to Finland's accession to the military alliance.

During a press conference, President Sauli Niinistö delivered a stinging message to Russia. “You caused this,” he said, urging the country to look in the mirror.

Finland shares an 800-mile border with Russia and public support for NATO membership has skyrocketed from30% to 70% according to some polls following the invasion of Ukraine. Neighboring Sweden also looks set to join the military alliance later this month. Both countries had for decades avoided NATO membership for fear of provoking Russia.

During a whistle stop tour of the two Nordic countries on Wednesday,UK Prime Minister Boris Johnson signed a joint security pact with Finland and Sweden, promising to defend the countries if they came under attack.

Trillions: That’s What The “Marshall Plan” To Rebuild Ukraine Will Cost

What will it take to rebuild Ukraine after Russia’s invasion? Millions have been pledged. Billions too. But now, the head of Europe’s top development bank has cited the need for a new “Marshall Plan,” referring to the mammoth aid package that helped rebuild the continent after World War II.

"What will it cost to rebuild, reconstruct Ukraine?,” Werner Hoyer, president of the European Investment Bank (EIB), asked in an interview this week with Reuters. “Figures were flying around the room [...] but one thing is quite clear to me: We are not talking about millions but trillions."

Hoyer said the cost must be picked up by the entire developed world, not just Europe. Last month, U.S. President Joe Biden unveiled a $33-billion aid package that included both weapons and rebuilding funds, but it still awaits Congressional approval.

Still, it is not only a question of “how much?,” it is also knowing “how?”

Kyiv-based news site Livy Bereg featured a recent commentary from two Ukrainian architects, Dariya Badyor and Kseniya Bilash, who urged a unifying process and vision for rebuilding the country after the war:

“We are now witnessing an incredibly fast formation of civil society that wants to have a voice. So I think we're in for a period of large-scale conflicts. There are no procedures and methodologies; big money comes from Europe, where there is also a paternalistic attitude towards us. Some ‘gods’ already want to help, for example, renowned English architect Norman Foster.

“This is bad because there is no difference between now and then when the regional party committee decided who and how to live. The result may be good, but this is a kind of ‘guess the gift’ category.

“In fact, the city is people, not houses. Without people, no city can exist. The people must come up with its economic model. Someone can moderate this process, integrate different solutions, but it is impossible to create a dream by simply hiring an image-maker.”

Ukraine’s National Guard reported that at least 500 of its members have been killed since the start of the war. This is the first time the military force has announced its death toll since Russia’s invasion.

Overnight, Kyiv also reported that Ukraine has pushed back Russian troops from villages surrounding the northern city of Kharkiv. Ukraine’s armed forces’ general staff said it had recaptured Pytomnyk, a village on the main highway north of the second largest city of Kharkiv, about halfway to the Russian border.

For the first time, a civilian in Russia has reportedly died as a result of cross-border shelling from Ukraine, according to Russian authorities. On his Telegram channel, Vyacheslav Gladkov, governor of the southwestern Russian region of Belgorod, accused Ukraine of shelling the border village of Solokhi, killing one person and injuring seven others.

Bank Of Russia Forecasts Russian Economy Will Recover By Mid-2023

A new Bank of Russia forecast for the country’s economy predicts the low point in GDP decline at the end of 2022, with a drop of 8-10%. Russian business daily Kommersant says a “new equilibrium” in the economy will be achieved by mid-2023, with the first sign of economic growth forecast for early 2024.

First War Crime Trial Against Russian Soldier, Video Posted Of Two Civilians Shot In The Back

Vadim Shysimarin, a 21-year-old soldier currently in Ukrainian custody, is expected to be the first Russian to face trial for alleged war crimes.

Shysimarin, commander of the Kantemirovskaya Tank Division, is accused of murdering a 68-year-old man.

More than 10,700 crimes have been registered since the war began by the office of Ukraine’s prosecutor general, Iryna Venediktova.

Three Russian prisoners of war accused of murdering innocent civilians as well as another soldier accused of rape, are also set to be on trial for war crimes.

Meanwhile, new video footage has emerged of two unarmed civilians being shot to death from the back by Russian soldiers, who then ransacked their business in the second week of the war near Kyiv.

After the May 9 assault in Warsaw by demonstrators who splashed red paint on the Russian ambassador to Poland, another group poured red paint over the sign of the Polish embassy in Moscow, RIA Novosti reports. Workers have already started washing the paint off from the plate.

The Polish embassy in Moscow called the incident “hooligan behavior.”

Call For Sanctions Against Gerhard Schröder, The Former German Chancellor And Putin Pal

Ever since Russia’s invasion of Ukraine began, former German Chancellor Gerhard Schröder has been under fire for his closeness to Moscow and Vladimir Putin. But now, as German news channel n-tv reports, some European lawmakers want to hit Schröder himself with economic sanctions.

As a list of EU sanctions on Russia is set to be voted in the European Parliament next week, the liberal group Renew Europe is asking to extend the sanctions to EU members of the boards of directors of major Russian companies — and that includes Schröder.

In 2005, Just weeks after losing the German chancellery to Angela Merkel, Schröder — a believer in Ostpolitik and rapprochement with the easter bloc — was named chairman of the Nord Stream 2 pipeline that connects Russia to Germany. In 2017, he was nominated as independent director of the board of its Kremlin-linked Rosneft; and earlier this year, he became part of the board of directors of Russian giant Gazprom, all the while staying chummy with the Russian president.

Last month, Schroeder was asked by the co-leader of the SPD to quit the party after he refused to step down from Russian companies. Instead, Schroeder, in an interview with the New York Times said he would not recant or apologize as he believed his country had also benefited from his proximity with Russia, and would only resign if Moscow stopped supplying gas to Germany.

According to German news agency DPA, Schröder’s refusal to step down prompted action yesterday from parliamentary leaders toward depriving him from his honorary rights as former chancellor and forbid him from holding office.

A Mcdonald's in Russia

Though McDonald’s was among the first to announce it was leaving Russia after the invasion of Ukraine, you can still find plenty of Bic Macs in the land of beef Stroganoff: Every sixth McDonald's (133 restaurants out of 850) in Russia is still open, as they operate on a franchise basis.

Boris Matsa, director of the retail real estate department at Nikoliers, told Russian state-owned media RIA Novosti, that only the southern and far-eastern federal districts of the country are without any McDonald’s. The fast food chain is still operating at railway stations and airports in Moscow and Saint Petersburg, where they are managed by a local franchise. 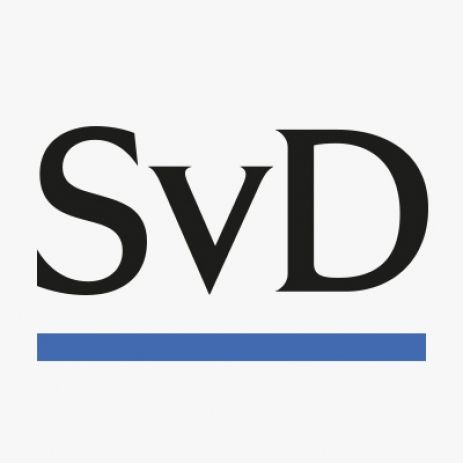 PARIS — Russia's war in Ukraine rages on, tensions are erupting in the South China Sea and now abortion rights are being stripped away in the U.S.: Looking around the world, we have to ask: what is left of the notion of soft power?

How can we talk about the power to convince when the power to coerce is increasingly the norm? And when there is such a gap between rhetoric and reality in the U.S. and in Russia and China, hard power almost seems to have become part of soft power?

“We will lead the world not by the example of our power, but by the power of our example,” Joe Biden said the day after his election. But what kind of example was he talking about? That of the Supreme Court’s judges, whose decision promises a terrible future to women and to all those who still wanted to believe in an enlightened and liberal America?

Jobs for Ukrainian refugees, too busy to quit in Hong Kong, the rise of 'asynchronous' work....and more

U.S. President Joe Biden has been evasive when asked if he plans to follow European leaders by visiting Kyiv. However, such a move could have far-reaching consequences for Ukraine and the rest of the world.

Russian Media Wars: Why Europe's Ban On Sputnik And RT​ Could Backfire

In The NewsRussiaUkraineSourcesWORLDCRUNCHCountries
Shaun Lavelle, Anna Akage and Emma Albright