A global pandemic and weariness in many places of cheap, mass tourism may hasten a real paradigm shift in the travel sector. Or not.

BARCELONA — While some airlines, as bizarre as it may seem, continue to offer "flights to nowhere" — on planes that take off and land in the same airport, just to assuage the need for certain tourists to fly — others in the tourism sector are embracing a concept that goes in the complete opposite direction.

The trend is called "regenerative travel," and its aim, says Silvia Grünig, a city planning specialist at Paris University and lecturer in sustainability at Catalonia's Open University, is not only that visitors take care not to degrade, in any way, the places they visit, but that they actually improve conditions there. They should make things better, in other words, and not just for the sector, but for locals, the environment and travel in the future.

It may sound idealistic.

It may sound overly idealistic — the New York Times used the term "unicorn" to describe the quest — but some tourism operators really are trying to promote an approach to travel that is respectful of ecosystems and the social fabric of destinations, while also being economically viable.

"The key is to recover the concept of doing things well," says José Maria de Juan, vice-president of the European Alliance of Responsible Tourism and Hospitality and a partner in Koan Consulting. "The name doesn't matter so much. The important thing is for a destination to be able to choose its visitors.

Low-cost tourism, he explains, goes against sustainability. "That doesn't mean we shouldn't aim for maximum cost efficiency," De Juan adds. "But if the model is traveling to Morocco because it's cheap and staying there in an Airbnb, perhaps owned by a Californian, then buying a souvenir made in China before returning, clearly that is not sustainable and probably not even tourism."

While sustainability has been a policymaking buzzword since the 1990s, it has not impeded tourism's relentless growth and ever-increasing impact on the environment. In this sector, sustainability efforts have focused mainly on technology to maximize efficiency and reduce the negative effects of its activities. Regenerative tourism wants to take this sustainability beyond environmental concerns, and ensure locals do not see tourists as threatening, but beneficial.

"It's nice if everyone could travel, but not if others have to pay for it. That is neo-colonialism," says De Juan. "Low cost traveling ensures the cheapest deals for customers, but you also have to ask, why are they so cheap?" Part of the answer, he suggests, is in the low wages and scant qualifications of those working at this end of the sector.

Regenerative travel may be the latest in a long list of labels the sector has chosen to embellish itself, and aid its survival, since the 1990s. Keep in mind too that the sector is on pace to have shed nearly 200 million jobs by year's end. Other such labels include "inclusive," responsible, fair or communitarian tourism, and often, they ended up as mere marketing gimmicks.

But as Silvia Grünig explains: "Sustainable tourism is not a particular form of tourism. All forms of tourism and all human activities must tend toward sustainability in three areas, simultaneously: social, economic and environmental."

For now, it's a medley of ideas

Regenerative tourism is for now a medley of ideas. With the world on pause for the pandemic, some countries have started making plans for a more sustainable restart. The Visit Flanders tourism office in northern Belgium is, for example, redirecting offers to boost domestic visitors. Its marketing chief, Elke Dens, says that people can have fun without traveling to the other end of the globe, and they may soon replace one of their annual trips abroad with a local one.

"Everyone wants to see the world these days," Dens says. "But for that to happen, we should all do it a bit less frequently, and that, in turn, should make the experience more profound."

One Visit Flanders initiative is to link visitors to locals with a passion for their past and history. These can create a shared experience through visits to emblematic places, like the battlefields of World War I. 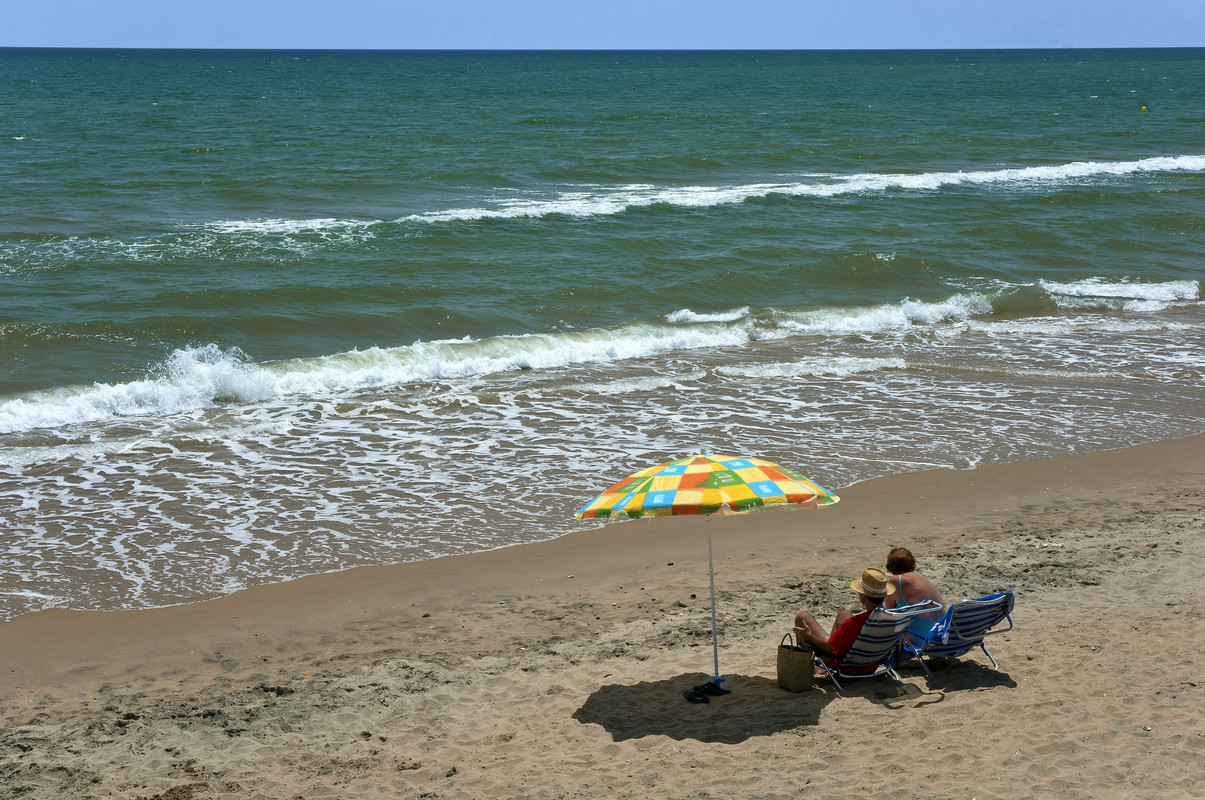 On a beach in Andalusia, Spain — Photo: Album via ZUMA Press

Regenerative is not a new idea. Indeed, it's already used in economics, farming and architecture to create self-sufficiency and boost prosperity around circular economy principles. "It means new patterns of thinking, based on observing how nature, rather than machines, works," says Elke Dens.

Another country exploring regenerative tourism is New Zealand. Its slogan "Do Something New This Winter" wants to promote a slower travel experience (like walking) and spending more time in one place. Certain analysts are even proposing the idea of taxing short-term stays and rewarding those who prolong their stays in a place.

That may be why more New Zealand firms are working to create emotional bonds with places through memorable experiences that could then encourage return visits. Ziptrek Ecotours, based in Queenstown in southern New Zealand, offers the opportunity to plant trees, and takes pride in the native concept of tiaki, or caring for people and a place. Kohutapu Lodge offers jobs to locals and supplies local schools with meals. Rotorua Canopy Tours has pledged to eliminate forest pests as its business expands. And Dive Tutukaka has pledged, with every service hire, to save marine habitats.

Leaders in Hawaii are also reconsidering tourism's role in the islands. The impetus was a 2018 poll indicating that most Hawaiians believe their lives have become a second priority to tourism. The state wants to shed the hotels-and-beach tag and seek new forms of tourism there, already mindful that post-pandemic travel may change for good.

These are not isolated cases. Norway wants to make its fjords emissions-free by 2026, which would force changes on cruise operators. And in Europe as a whole, 22 travel groups are signing onto 13 new guidelines that include a fairer distribution of revenues and placing quality over quantity.

But while the travel press is starting to write about regenerative travel, its success remains to be seen, as mass tourism is itching to get back on its feet. As Josep Ivars, professor of geography and tourism at Alicante University, warns: "Regenerative tourism runs the risk of becoming another label, like sustainable or ecotourism in the 1990s, or basically more greenwashing."

He says tourism mustn't be demonized but certain types of tourism will "massify the urban environment, displace the local population, saturate infrastructures and destroy" heritage. This is precisely what happened in places like Torrevieja and Calpe, on the Spanish levantine coast. "I always ask my students what seems an absurd question," says Ivars. "Why do we plan? To attract tourists or for the benefit of the local population?"

The pandemic must end before we can know if this will be tourism's new form. Grünig says the sector suffers from a "paralysis of the imagination," as termed by the Austrian thinker Iván Illich referring to an inability to conceive of alternatives to the capitalist logic.

"People just want to go back to whatever there was before, because they cannot imagine other ways of doing things," she says. "But now we have an opportunity, because the model we had before has reached its limit and is starting to sink. The question now is to think of ways of coming out of the binds we've gotten into thanks to our yearning for constant growth."