The World Braces For Hurricane Trump

Beyond the beltway, far from America's heartland: the most unlikely of incoming U.S. presidents is daily bread for the international press. See what they're saying.

PARIS — Believe it or not, citizens of planet Earth, Donald Trump is about to take the helm of the world's most powerful nation. So what happens now? Pundits and press outlets across the globe are posing that very question in the face of the dramatic transfer of power in Washington.

All eyes on Moscow

Much of the early attention is on Russia, especially after last week's claims that the Kremlin had "compromising" material against Trump. French geopolitical expert Dominique Moïsi stops short of calling allegations of a former British spy, published by CNN and BuzzFeed, hard evidence. But he writes in Les Echos that he considers the claims "credible given Trump's personality and the Soviet tradition of using the ‘weakness of the flesh" to exert pressure on those who lack the caution to resist temptation." Moïsi also speculates that these revelations came out out either "to Moscow's great displeasure, or with the tortuous complicity of Russian services."

Regardless of Moscow's role, or lack thereof, in recent scandals, the notion that Russia stands to profit from a Trump presidency is widespread, including within the Russian press. Writing in The Moscow Times, journalist Vladimir Frolov suggests that "Moscow is gloating over Trump's victory" and that Russia "sees Trump's presidency as a net loss for the global position of the U.S." He concludes that if Moscow "plays its cards right … it could get Trump to do Russia's work in terms of disrupting U.S. alliances and weakening U.S. power."

Dmitry Drize shows more caution in his analysis for the Russian daily Kommersant. He predicts that relations between Washington and Moscow will be closer to a "business relationship" than to "demagoguery" and that inevitably, Moscow "will have to compromise if it wants to make it work."

On edge in China

Then there's China. Could Trump's arrival in the White House spark a trade war? If so, "China would be the clear winner," international business expert S. George Marano writes in the South China Morning Post. Such a scenario would be "disastrous' for the U.S. and "only speed up China's rise to become the world's largest economy," he adds.

Others, however, urge caution on the part of Beijing. Tom Plate, vice-president of the Pacific Century Institute, argues in the same Hong Kong-based newspaper that Chinese President Xi Jinping is "patently smarter" than his incoming U.S. counterpart. He should be careful, nevertheless, not to fall into the "Trump Trap," Plate argues.

"China may risk underestimating Trump, as did countless allegedly smart American journalists during the campaign," he writes. "For Trump is only dumb in the manner of the fox that was Ronald Reagan, the 40th U.S. president. What's more, the shameless brutality of his political incorrectness and his savvy sense of smell for the rot of liberal complacency seems always keenly targeted for political kill."

In mainland China, meanwhile, the Communist Party mouthpiece Global Times makes the self-fulfilling prophecy that the Chinese people will demand the government "take revenge" should the new U.S. leader "renege on the one-China policy." The policy is a mainstay of the existing order of the Asia-Pacific and U.S. presidents are "obliged" to respect it, the newspaper insists.

One potential albeit often overlooked winner of this expected shift in U.S. diplomacy is India. As Radhika Iyengar notes in The Indian Express, "India enjoys an amicable relationship with Russia and the United States, while having a difficult relationship with China." She predicts that if Trump decides to stick with Washington's "pivot to Asia" policy, "India could stand a chance to gain more prominence, while China will evidently be sidelined."

In Europe and especially in Germany, much has been written about Donald Trump's joint interview at the start of this week with The Times and Berlin-based Bild. Speaking to Frankfurter Allgemeine Zeitung after conducting the interview, Bild's editor-in-chief, Kai Diekmann, says he feels the president-elect is showing "improvement and great ability to learn."

"After speaking to him for an hour, you could feel that, to put it in a nutshell, Trump sees the United States as a big company in which things are no longer working well and which only returns bad numbers. And he's the new CEO who has to fix it all. That's why the word ‘deal" plays such an important part throughout the interview," Diekmann explains.

Nico Fried of Munich-based Süddeutsche Zeitung is less forgiving, particularly with regards to Trump's comments linking the German government's refugee policy to terrorism. He writes that if Trump "still had a residence in Kallstadt, where his grandfather was born" he'd qualify for "honorary membership in the AfD," the far-right Alternative für Deutschland party. But, like many observers after the president-elect's interview, Fried's main concern is for the U.S.-Germany relationship, and consequently for the European Union.

"Angela Merkel used to be America's most faithful political friend," he writes. "But the future U.S. president wants to divide Europe. If the chancellor reacts wrongly towards Trump, the European Union is done."

Fried's fears are echoed by Der Spiegel"s correspondent in Brussels, Markus Becker. Reacting to Trump's statement that "You look at the European Union and it's Germany, basically a vehicle for Germany," Becker writes that "if Trump's goal had been to find the sentence that would have the most toxic impact in Europe, he could hardly have made a better choice."

Others see the transition toward Trump as an opportunity for the EU to recognize its priorities and get its act together. "The ‘Trump threat" is nothing but the reflection of our own powerlessness," writes editorialist Arnaud de La Grange in the French daily Le Figaro. "Instead of screaming murder, what we need is a bugle call. To finally take our future into our own hands."

Marcos Troyjo, a Brazilian political economist and director of the BRICLab at Columbia University, argues in Brazil's Folha de S. Paulo that unlike past U.S. presidents — from Monroe to Truman, and Bush to Obama — Trump doesn't seem to have any kind of "doctrine" in mind. He says that while there are some parallels between Obama's retreat strategy in the Middle East and the isolationist stance that Trump pitched during his campaign, the billionaire's overall vision on foreign policy is "discoordinated" and "remains closer to the superficiality of a marketing campaign than to a solid basis on which build a new diplomacy."

Similarly, in an interview with Belgium's La Libre, French journalist Laure Mandeville describes the new U.S. president as a "pragmatic merchant" who has no ideology. "He is always left-wing when he wants to reinforce social protection for the poorest and on societal matters, and clearly right-wing on tax, illegal immigration and borders," says Mandeville, author of a recent book about Trump.

But with or without a clear doctrine or ideology, the bigger question is this: Can Trump really bring about the changes he's promised. Jorge Almeida Fernandes, writing in the Portuguese daily Público doesn't think so. "Never in modern history has a candidate with such a vague program as Donald Trump won the American election," he writes. "And few have sparked off so much concern internationally."

The world, the U.S. — and maybe Trump himself — are thus strangely bounded together in this moment in a universal holding of our breath.

The World Braces For Hurricane Trump

Beyond the beltway, far from America's heartland: the most unlikely of incoming U.S. presidents is daily bread for the international press. See what they're saying.

PARIS — Believe it or not, citizens of planet Earth, Donald Trump is about to take the helm of the world's most powerful nation. So what happens now? Pundits and press outlets across the globe are posing that very question in the face of the dramatic transfer of power in Washington.

All eyes on Moscow

Sign up to our expressly international daily newsletter!
Migrant Lives

Across Africa, Families Of Migrants Lost At Sea Join Forces For Comfort And Justice

In West and North Africa, survivors of migrants who've vanished have come together to support each other and pay tribute to their family members. But above all, they're trying any means possible to find out the truth and and get justice after years of silence.

Souad’s voice resonates strongly through the square in the town of Zarzis, in the south of Tunisia. On Sept. 6, 2022, in spite of the sweltering heat, the families of people who went missing during migration marched through the town with sympathetic activists, holding banners and slogans.

This date was chosen in homage to the 80 people who went missing after a small boat departing from Tunisia sank off the coast of Italy. Ten years later, the mother of one of the lost at sea is still there, waiting for answers. 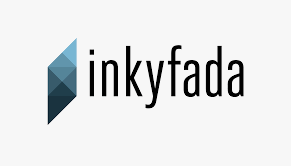 Across Africa, Families Of Migrants Lost At Sea Join Forces For Comfort And Justice

In West and North Africa, survivors of migrants who've vanished have come together to support each other and pay tribute to their family members. But above all, they're trying any means possible to find out the truth and and get justice after years of silence.