From the poor to the pretty rich, women are still stuck with the lion's share of housework and child-rearing. By one estimate, if each hour of domestic work were paid at minimum wage, it would total 33% of France's GDP.

PARIS — In this iniquitous world, it's a very blessed woman who starts her day with a coffee break. Thanks to my industrious and, fortunately, early-rising husband, I do. But after a few short minutes, the caffeine works its dark magic. I clock in. All the baguette crumbs on the attractive 19th century parquet come into focus, as do the dollops of spilled yogurt on the tomettes, just a couple of the many fine examples of the creatively destructive force at work in my rambunctious children. Meanwhile, dust gathers on gilded mirrors in French living rooms. And it is generally a woman's hand that wipes it up.

Or at least roughly 80% of the time, according to many studies, which all of us understand to contain a certain number of approximations and vagaries. But really, when was the last time you saw a man dusting? That is our normal. Evidently only about half of humanity is strongly qualified for this type of core domestic labor. This custom runs as deeply as the oak grains through the shining wood floors at my feet.

Percentages may vary, but whether comfortably ensconced in a Paris apartment, a Los Angeles suburb or Kyrgyz Yurt, the standard remains the same. In wealthier homes the hand wiping up the dust will often be dark skinned and/or foreign. In less affluent households, the hand will be that of the mother or growing daughter. Thus a gender issue also becomes a class issue, as women who earn more money have a vested interest in keeping domestic labor cheap. Consequently, the issue takes on a political hue, and one starts to question an economy that rewards executives in industries like banking or tech more than 50 times as much as the workers who look after their children.

But why is it still so normal that women do this work? It confounds logic, considering that feminism is a term that has been kicking (and shrilly screaming, some might say) since French political philosopher Charles Fourier coined it in 1837. As much as one may be confused as to what the term actually means, feminists have made such magnificent strides that perhaps it has seemed that the battle was won. Second Wave feminists between the 1960s and 1980s ushered in a gamut of unprecedented liberties: reproductive freedom, greater access to education, protection against domestic abuse, bank loans, better pay and better jobs. Our grandmothers didn't have half so much opportunity. 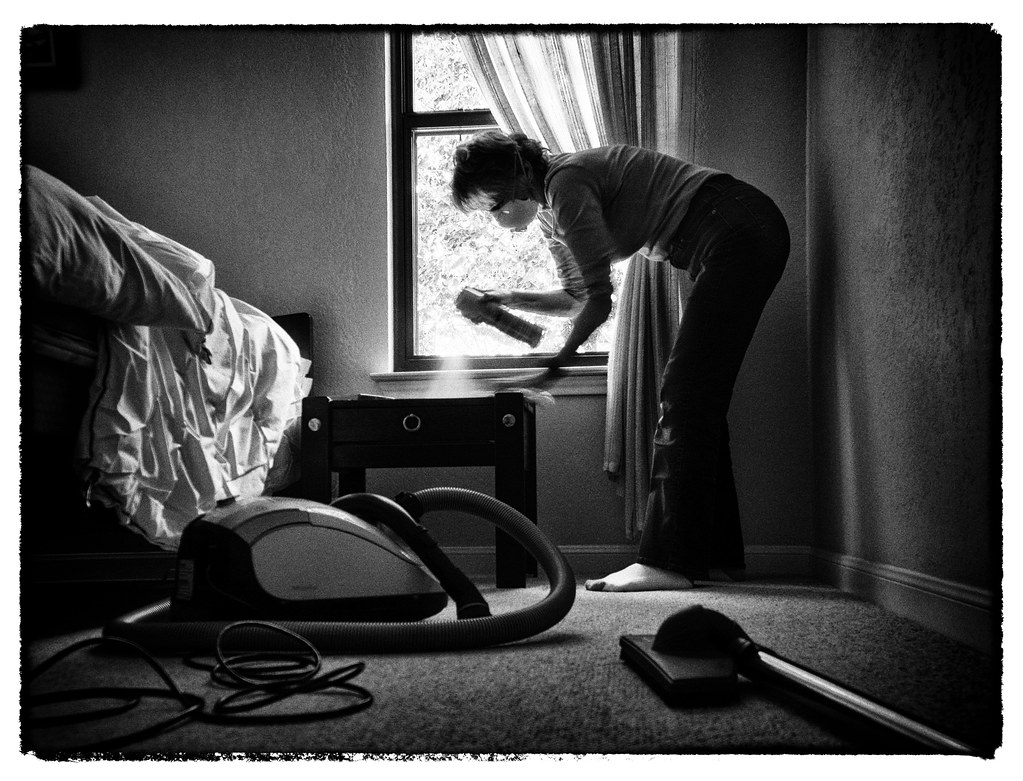 And perhaps it is because the feminist agenda has covered and continues to cover so much territory that so few people focus on the inequity surrounding both paid and unpaid domestic work. The subject simply lacks the urgency of issues such as female genital mutilation, rape, domestic violence, abortion, sexual harassment, prostitution or the gender pay gap. It's not so much a civil rights issue needing legislation, but more like an ancient custom that must be collectively unlearned.

Though everyone knows women still carry the majority of domestic workload — even when both members of a couple work outside the home — the concept and its repercussions remain relatively unarticulated beyond the tacit understanding that if you are a women with a family, you are likely condemned to a lifetime of unpaid and unfulfilling labor: picking up dirty socks, washing, drying, folding and putting away the formerly offending socks. For the rest of the family, it's done as if by magic by the invisible hands of the unseen servants in Jean Cocteau's 1946 film, Beauty and the Beast.

Working women, especially working mothers, are subjected to "the second shift," also known as "the double burden." Once she is off the clock at her paid job, she comes home to the unpaid one. But even if she can hire someone a few hours a week to come in and wipe up some dust, there remain a myriad of time-consuming tasks that require daily management. So if a woman has a paid job, it's really in her best interest to be something like the CFO of Facebook, so that she can afford some serious personnel to step in and not only pick up and wash those socks, but also buy new ones — and clip the toenails inside. And so on, from the feet on upward.

Putting the issue into perspective is a gorgeously concise 2012 study published in France by INSEE, the country's national statistics bureau. In four pages, author Delphine Roy illuminates the reality of this amorphous, shadow economy of unpaid domestic labor in France. The study claims that if each hour of domestic work were to be paid at minimum wage, it would total 33% of country's GDP. Women living as part of a couple with at least one child assume the lion's share of this labor with an average 34 hours unpaid work per week, just one hour shy of a full French work week — which, granted, is the only place on Earth where the work week is 35 hours.

How can we fix this? Do you liberate women from the work, which only pushes off the problem to paid domestic labor with fewer advantages? And what about the work that can't be delegated? Anne-Marie Slaughter's watershed 2012 Atlantic "Why Women Still Can't Have It All" piece notes with stunning clarity the limits of this system: Abundant financial resources can't buy back time not spent with children.

Some, such as Selma James and Silvia Federici in the 1960s and 70s, have asked why domestic labor is worth so little. They founded the International Wages for Housework Campaign to demand recompense for unpaid labor and reproductive work. 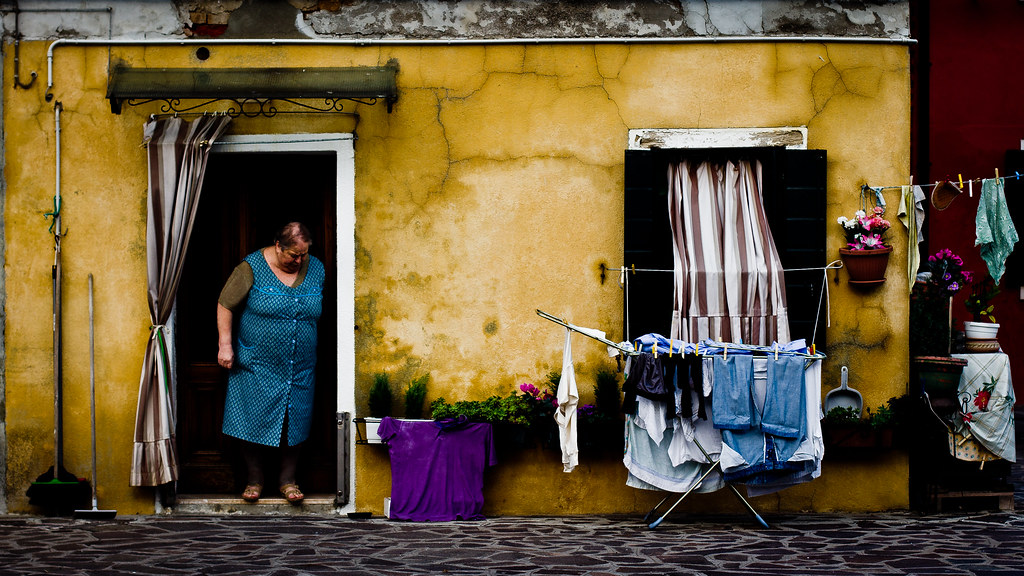 But there is little evidence that anyone has ever truly entertained the idea that this free labor could or should be paid. Our international system values and demands wealth creation. Time is money. And having lots of the latter allows its possessor to invest in maintaining and creating advantages that it bestows.

According to a recently published McKinsey report, if instituted, professional gender parity in the United States would generate $4.3 trillion by 2025. But women would need to fill more high-paying and full-time posts. Which is why women find themselves in this bind of genderized labor and low pay in the first place. Reproductive work really drags on a gal's professional life as she tries to make room for family.

Clearly, it would be useful for men to pick up some of the slack — and the socks. And it would allow fathers to play a greater role in their children's lives. But will they ever do the dusting? We may have seen Mark Zuckerberg giving his newborn a bottle, but will we ever see Bill Gates clutching Endust? Without a doubt, some portion of their vast fortunes is invested in robotics, which might simply make some of this work go away. I can't wait to meet the robot that will replace me.

*Moira Molly Chambers is a freelance writer based in Paris.

This is Worldcrunch's international collection of essays, which includes pieces written in English and others translated from the world's best writers in any other language. The name for this collection, Rue Amelot, is a nod to the humble address in eastern Paris that we call home. Send ideas and suggestions to info@worldcrunch.com.