Why German Protestants Will Stop Trying To Convert Muslims

BERLIN — Barbara Rudolph, head of the Ecumenical Department of the Protestant Church in Germany's Rheinland region, recalls speaking some time ago with Austrian sociologist Mouhanad Khorchide at an academic seminar. Khorchide, who holds the chair for Islamic Religious Studies at the University of Muenster, was explaining his belief that God loves all people — no matter their religion, or lack thereof — and that God only expects compassion and kindness towards others, not pious dogmas.

Rudolph asked herself why she should wish to convert such a good man. "He would have been well within his rights to view that as a slap in the face," she recalls.

Rudolph has taken that idea to the logical next conclusion, drafting a policy document sanctioned by the Regional Protestant Church regarding the relationship between Christians and Muslims, which is being sent out to all parishes this week. The findings outlined in this paper are radical, to say the least. The Church does not only categorically rejects the conversion of reform-minded Muslims but outright dismisses all missionary work directed at Muslims.

This is a an extraordinary approach towards Christian-Muslim relations by Germany's second largest national Protestant Church, which some may hail as a progressive and ground-breaking effort. Others, however, may view it as a dangerous breach of tradition. And others still will see it as a genuflection before Islam. 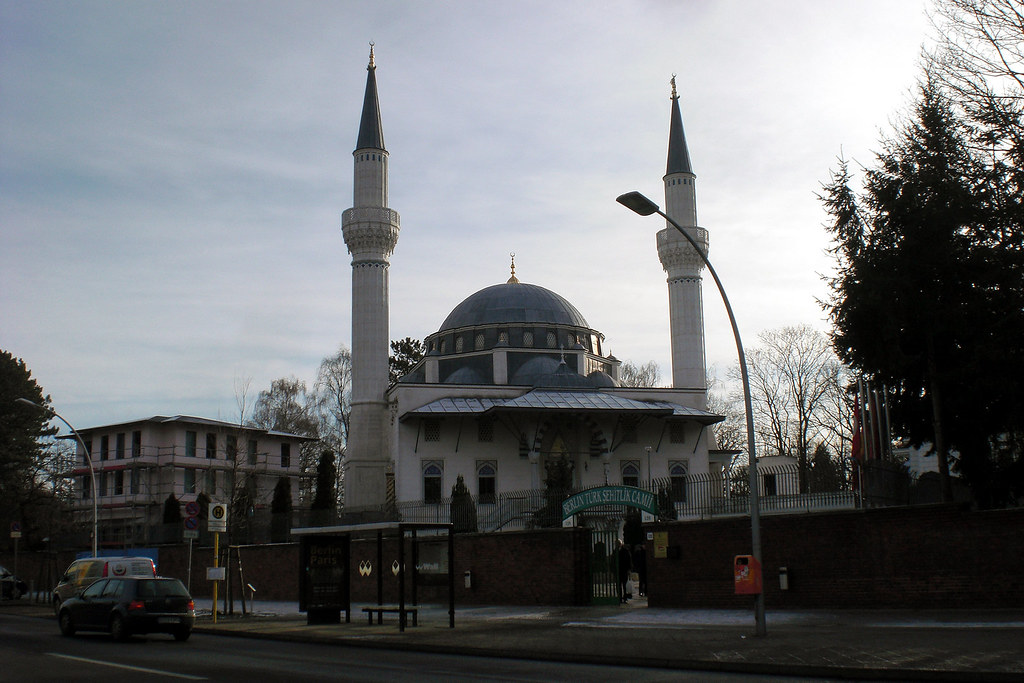 However you may view this major change — proselytizing has been an integral part of Christianity since its earliest days — there are two observations voiced in this paper that no one will be able to refute. First, the paper has a noble aim at heart, to "build bridges between Christians and Muslims" to foster "cooperation" and improve the inherent "unity" of both religions. Secondly, it is a highly relevant topic, with estimates now that up to seven million refugees, most of them Muslims, will immigrate to Germany over the next years.

And it is in this context that the paper announces that "meeting Muslims with a missionary agenda is in direct contradiction to the spirit of orders given by Jesus and is, therefore, to be rejected." Christians and Muslims are to "create a vision of conciliatory differences." The reasons behind these demands are of a socio-political nature. The attempt to convert Muslims, according to the authors, "endangers" the "internal civil peace." In a society, hampered by conflicts, the remarks of the Church should serve a harmonious coexistence for all."

And so missionary work has to give way to societal necessities. No other ecclesiastical statement made by the Protestant Church of Germany (EDK) has dared to go as far as this paper. To abandon the conversion of those who are of a different faith is completely out of the question for the heads of the Catholic Church. The catechism, published under Pope John Paul II and still valid to this day, states that God wishes for "the entirety of humanity to find its unity within one church." Which is why it is the mission of the Church to "give the Gospel to all."

Both Evangelicals and Catholics refer to the missionary order given by Jesus ("Go and make disciples of all nations") in the New Testament, which does not leave any room for interpretation. But it is exactly this missionary order that the Rheinish Protestants are reinterpreting. It is not the intention of the missionary order to convert those of other faiths but it aims at a "lived" rather than "converting testimonial."

"The Protestant Church still holds onto the missionary order," Rudolph insists. But that it is a "modern interpretation of missionary work."

Critics of the reinterpretation of the missionary order in the paper say it fails to honor the value of missionary work. But Rudolph maintains that "a truly open and critical conversation between Christians and Muslims cannot be realized if both parties have a missionary agenda."

She concludes that it is possible to "truly connect with Muslims" without having to give up on the missionary order. Time will tell how it plays out in Germany, and if this break with 2,000 years of tradition spreads to all nations, far and wide.

As coronavirus shut down businesses around the world, red-light districts from Amsterdam to Bangkok to Frankfurt turned off their lights. But many continued to work illegally, risking infection ...