The Nobel Prize-winning poet was a renowned defender of humanitarian causes through much of the 20th century. Yet he had no time or interest for his only child, who was born with hydrocephalus.

BUENOS AIRES — There is a dark blot in the life of Pablo Neruda that none of his many prizes and honors could ever efface. It is the secret story of his daughter, Malva Marina Trinidad Reyes, who suffered from hydrocephalus and died at the age of eight in the Netherlands. The child — the Chilean poet's only offspring — was the product of his first marriage, to María Antonia "Maryka" Hagenaar.

Neruda, or Ricardo Neftalí Reyes Basoalto, to use his legal name, is as much remembered in his native Chile for his socialist political ideas as for his writing. And yet, he denied Hagenaar money needed to care for a child he stopped seeing when she was just two years old. Later, he refused to arrange their safe passage out of Europe during World War II.

Should knowing this make us think differently about Neruda, a man who exerted himself to help save Republicans fleeing Spain after the Nationalist victory in 1939? Antonio Reynaldos, a Chilean journalist living in the Netherlands since the 1980s who helped locate Malva Marina's tomb, doesn't think so. It isn't fair, he believes, to judge Neruda with a modern yardstick.

Facts on Neruda's hidden daughter began emerging some 15 years ago, and online social networks have since boosted public interest.

The story began in Indonesia, on Dec. 6, 1930. A youthful Neruda was then Chile's honorary consul on the island of Java. His conditions were almost of penury, but his ambition already limitless. He met Maryka Hagenaar, the daughter of Dutch colonists long established in the region, at a tennis club. She was living with her mother. Her father and two brothers had all died. And she was presumably charmed by a diplomat's promises to expand her horizons. But the charm evaporated fast. 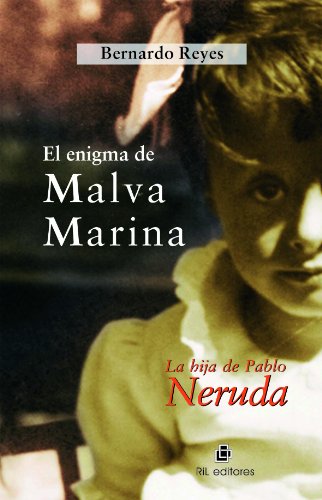 Maruca, as Pablo called her, would always communicate with him in English (as she did when she would later write for years in vain, asking "my dear pig" to send her daughter food rations). The only kind words Neruda seems to have written about Maruca were to his friend the poet Héctor Eandi, whom he informed of his marriage to Maruca and the life they shared in Indonesia, where they lay "on the sand, looking at the black island of Sumatra, and the underground volcano, Karakatau (Krakatoa)."

Maruca moved to Chile with Neruda, to the capital Santiago, but did not fit in. They traveled to Buenos Aires where Neruda was an attaché, a position that allowed him to meet Spaniards like the poet Federico García Lorca.

In June 1934, Neruda traveled to Madrid where he was to be Chile's cultural attaché. He published some of his works there, and met Delia del Carril, a wealthy, freethinking Argentine communist who would become his second wife. But in August of that year, Maryka gave birth to a girl. She looked so much like her father, except for her bloated, hydrocephalic head.

The poet Vicente Aleixandre would later describe how Neruda was initially proud to present his daughter. But he began to distance himself emotionally soon after the birth, and within a month or so, described Malva Marina to an Argentine friend Sara Tornú as a "perfectly ridiculous being" and "three-kilogram vampire." He and Maruca, he wrote, had spent weeks trying to feed the child and put her to bed, or buying "ghastly" orthopedic shoes and medical contraptions. "You can imagine how much I have suffered," he wrote. 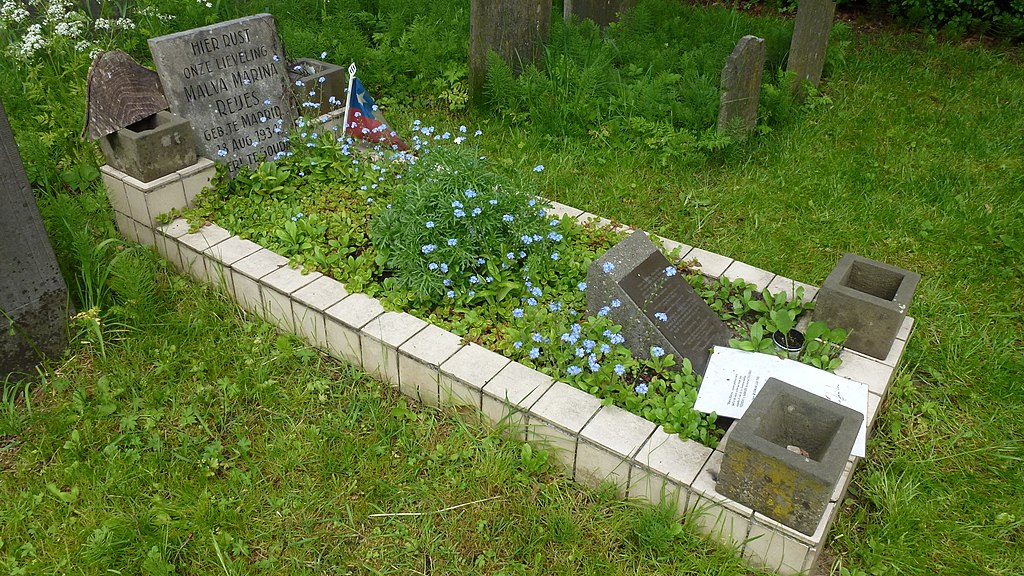 Malva grew, but was not destined to survive. She could neither walk nor speak, but quietly hummed to herself. Lorca described her in a poem the Madrid daily ABC discovered in 1984:

Malva Marina, who could see you
Dolphin of love on old waves,
When the waltz of your America reveals
A mortal dove's poison and blood!

Civil war erupted in Spain in July 1936. Bombers began to pound Madrid, Lorca was murdered, and communist brigades arrived to help civilian militias defend the Republic. Neruda was inspired to write España en el corazón (Spain in Our Hearts). On Oct. 12, 1936, He attended an homage in Cuenca, where he read his Canto a las madres de los milicianos muertos (Song for the Mothers of Slain Militiamen). The work was admirable and moving — unlike his indifference to his wife and child.

Neruda was too busy fighting for humanity to care for one girl.

On Nov. 8, Neruda and Hagenaar separated, and he saw Malva for the last time. With Delia del Carril, he left for Barcelona, then Paris. Perhaps that is where the lengthy years of denial, subtle deceit and secretiveness began, to be maintained in subsequent years with the complicity of literary admirers and Chile's communist party. Neruda was too busy fighting for humanity, the argument went, to care for one girl in particular. And it wasn't easy, of course, wiring money in times of war.

In reality, though, there's no evidence that he even tried.

Maryka and her daughter settled in The Hague. Antonio Reynaldos told Clarín that, with the help of Christian Scientists, she found Malva a nursery there, putting her in the care of Hendrik Julsing and Gerdina Sierks, who had two other children. Neruda never replied to Maryka's request for money: $100 a month. A nurse who helped the Julsings told Reynaldos in 2003 that Maryka paid entirely for the child's care, and visited every month.

Students of Neruda see rancor in his poems toward the mother figure and interpret one in particular — Maternidad ("Maternity") — as blaming Maryka for their daughter's condition.

Malva Marina died on March 2, 1943. Neruda was informed in a telegram he received in Mexico, to which he did not respond. The child is absent in his memoirs, and he never devoted a single line of poetry to her bar the self-pitying allusion made in one poem, Enfermedades en mi casa ("Illnesses in My House").

Maryka, for her part, gradually faded from records as she was no longer writing to Neruda for help. Reynaldos says she "lived the rest of her life in loneliness and anxiety. I tracked all her letters, all dated in rented rooms and bed-and-breakfasts." She died in The Hague in 1965.

Reynaldos attributes Neruda's indifference to a slightly childish cowardice, and lack empathy for Maryka. The marriage "was doomed," he says. "It was no great love nor even a great romance." Neruda, the journalist adds, should neither be lionized today nor despised. He was just a man, an ordinary man.