Yassine S. presented himself in Brussels as a Harvard-educated psychologist. Business was booming until his "mental manipulations" caught the attention of colleagues.

BRUSSELS — Yassine S. could have sent his application by mail, especialy since it was snowing that day in early 2013. Instead he went to the Wallonia-Brussels Federation in Brussles to drop it off in person. Letter of intent, certified copies of his diplomas, university transcripts and copy of his thesis — everything he needed for equivalency certification to practice as a psychologist in Belgium.

His application was examined on Feb. 28 and accepted less than two weeks later, which wasn't suprising for someone with a Master's degree from Harvard University. With that kind of background, doors are supposed to open easily. Except in this case, the diploma was a fake. Yassine S. never set foot in Harvard.

For a year and a half, he practiced in complete tranquility. Colleagues, acquaintances and even former patients have fond members of the kind young man who seemingly came out of nowhere.

"He was 24, French and just arrived in Brussels," recalls Missri Najoua, an employee of the Al Malak association, which gives private tutoring in the working-class Forest neighborhood. "He offered to open a free therapy space for children. He came every Monday afternoon and the children were happy; they found him kind. We didn't have anything to complain about."

Very active online, Yassine S. used his website to wax eloquent about his straight-from-Harvard therapeutic techniques, promising "a cognitive-behavioral approach" and "mindfulness therapy and psychotherapy based on functional analysis." Phew!

But on Facebook he presented a very different profile, emphasizing his faith and sharing anecdotes from his experience as a Muslim, rather than Ivy League psychologist.

Both versions of Yassine — the jargon-fluent professional, and the teller of religious tales of happiness and brotherhood — seemed to serve him well. In the city's Muslim community, his messages were read, appreciated and shared. As a direct consequence, in Auderghem, a chic and leafy neighborhood in south Brussels, the line of eager patients to the apartment he shared with his partner grew longer and longer.

Yassine's case was surprising: so young and already so many diplomas. How unusual! And yet for a while, at least, he was able to slip through the cracks, thanks in large part to his natural charm. He even managed to convince the cardiologist whose office occupied the ground floor to let him use his waiting room.

"When I took this office, he quickly introduced himself to me," the heart doctor recalls. "He told me he worked regularly as a psychologist for Border and Erasme [the two main hospitals in Brussels], which was remarkable considering his young age. As I only receive patients in this office two afternoons a week, I agreed to let him use my waiting room for his consultations while I was gone."

The cardiologist, who we will refer to as Dr. H., gladly gave a hand to his kindly young neighbor with the impressive CV. He appreciated how Yassine was always willing, for example, to take out the garbage. But the cardiologist wasn't happy to discover, one evening, an imposing black and gold plaque saying "Dr. S., psychologist from Harvard," above his own plaque, at the entrance of the building. "These two plaques together suggested we were associates, which wasn't the case," he says.

Dr. H was irritated. Others soon started to genuinely distrust the young man. Virginie Leblicq, a clinical psychologist who teaches at the Faculty of Islamic Studies in Brussels and carried out consultations in several health centers, only met Yassine once, but later found out that he'd used her name as a reference to be recruited in a center. "I immediately checked to see if he was registered at the Commission of Psychologists and, in 2013, he was." 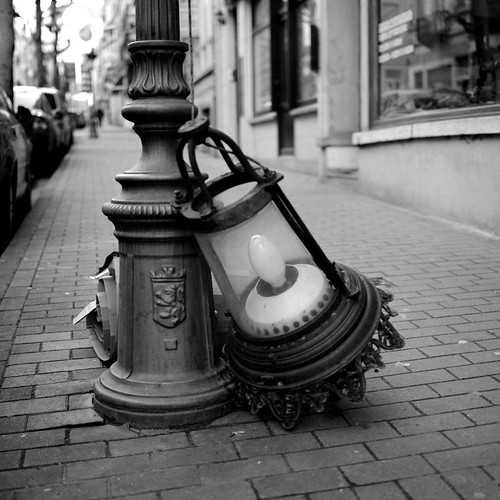 Her suspicions remained, however, and in the following months, Leblicq collected more information about Yassine. "Patients told me about strange things. I wasn't reassured, especially as he also received children," she says. "He carried out so-called 'mental manipulation' techniques he learned at Harvard."

For reasons of patient-therapist confidentiality, Leblicq won't go into any more detail. But she continues to be outraged by the case. "Starting in 2013, some colleagues and former patients tried to alert the Commission of Psychologists, but it wasn't until May 2014 that it took hold of the matter," she recalls.

From there, the institutional machinery went into motion — discreetly.

"In June 2014, the Commission of Psychologists questioned us about the validity of Mr. S.' diplomas," says Chantal Kaufmann, the general manager of Research and Higher Education at the Wallonia-Brussels Federation. "We launched the verifications and, on June 18, Harvard University informed us that it had no trace of him in its register. We alerted the Commission of psychologists, withdrew the equivalency decision and filed a legal complaint."

Starting at that point — in August 2014 — Yassine S. was no longer a psychologist in any official sense. By then, however, he no longer needed the official endorsement to practice. His reputation was made, his network established and patients kept flowing in.

Several months later, the Commission, seeing that Yassine S.'s removal from the registry had no effect on his activity, decided to sound the alarm. Messages denouncing fraud were sent to the websites, forums and associations he was close to. The effect, this time, was immediate: Yassine S. disappeared.

In the following weeks, there was unexpected confusion. The Commission of Psychologists received several calls from disoriented patients. At the health center where Yassine S. worked, Virginie Leblicq tried to step in and help but was overwhelmed by the mess that Yassine S. had left behind.

"Given the scale of the situation and the impossibility of receiving all the patients immediately, I offered to organize a counselling committee with other colleagues for a month," she says. "We received many emails and phone calls, in which people talked about their feeling of abandonment and betrayal."

The patients were in shock. Where was their psychologist? Why had he left? Who really was this stranger to whom they shared their torments, told all their secrets? 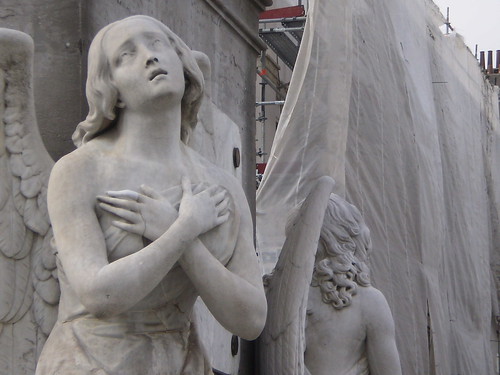 In Brussels, no one seems capable of answering this question. The scraps of information turn out to be false leads. The collaboration between Yassine S. and the Bordet and Erasme hospitals? The human resources departments there have never heard of him. The young tenants who now live in his Auderghem apartment have only seen him once, briefly, when he handed over the keys to them. And the mail that is meant for him is piling up at the entrance. There is no answer on his cellphone and his website is down.

Yassine S. vanished from Brussels never to be heard from again. There's nothing left of him apart from his disoriented patients, a few old messages on Facebook walls and a photograph, the only one of him online. It shows a handsome young man with a kind smile and a dark look, wearing a French Navy uniform.

Why would a so-called Harvard graduate choose to be represented in a military uniform? The picture seems to be the enlargement of a group photo, but certain elements are suspicious: a dark border lines the shirt collar, as if the face of another had been pasted onto the body. 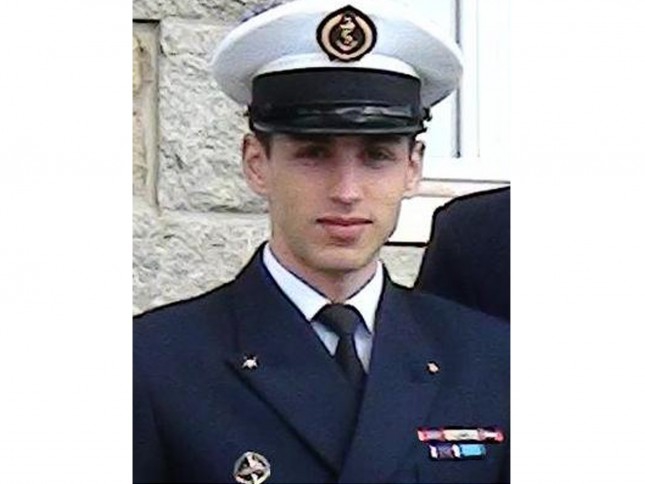 "The cap and the uniform don't match," says Lieutenant Séchet, of the Information service of the French Navy. "The cap belongs to the Brest Naval Training Centre. But the small stars attached to the reverse of the vest, like the gold-level surfacier insignia that he is wearing on his right side, show a petty officer with at least five or six years of experience. Not to mention the five medals, which could have only been awarded to a highly qualified military man."

A forged photograph? Lieutenant Séchet can't really say. "It happens that, between friends, Navy members swap their uniforms with higher-graded members just for a picture," he notes. Séchet later discovered that the register of the Navy has a record of a certain Yassine S., who, in 2011, spent seven months at the Naval Training Centre before leaving Brest. Yassine S.'s "Harvard," it turns out, was the French Finistère department.

We finally managed to meet his father outside of Paris. "Yassine is young and he was looking for his way in life," says the father, clearly bothered by the affair. "He tried the Navy, then became passionate about psychology… He studied a lot, by himself, to learn everything. But he made the mistake of lying. This Harvard story was absurd and useless!" 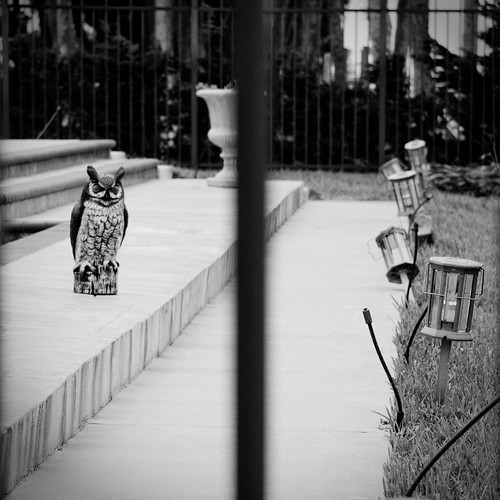 As a practicing Muslim, he disapproves of the lie but remains convinced his son meant well. "Once he got into his activity, he became overwhelmed by success and didn't know how to back out of it," the father explains. "He loved his patients and wanted to do good, in his own way."

Despite our requests, Yassine S. refused to meet with us. A judicial inquiry, in the meantime, is still underway. "He's in shock about the scale of the scandal and would like to put it behind him," his father says.

Yassine S. has communicated a bit in recent months via online posts. "Be careful when you make a wish, not because it could become true, but because you'll be forced to no longer want what you got," he wrote at one point. "Fantasy must remain in the imagination." And Harvard, it seems, should stay in Massachusetts.

The pandemic closed classrooms and pushed the education process online. It was a desperate measure for desperate times that avoided the worst, but shouldn't be the norm.

Belgium Postcard: Fallen Statues And The Politics Of Public Aesthetics

Anti-racism and anti-colonial protests sparked by the police killing of George Floyd raise new questions about how societies fill their public spaces.