The Psychology Of Christmas Can Shape Your Whole Life

T'is the season to be slightly creepy - Mike Schmidt

Aware of the profound effect Christmas has on people, researchers have studied our reactions to everything from supermarket music to gender-specific gifts and delayed gratification.

BERLIN — As Christmas approaches, it's impossible to make it out of the supermarket without having heard "Last Christmas" or "Do They Know It's Christmas" at least once. Many people find the constant acoustic assault of Christmas songs annoying. But if they sing along, music researchers in Oldenburg will tell you, the irritation disappears.

"By singing along, you put your body in a position that is linked more strongly to positive feelings and memories than negative ones," explains University of Oldenburg researcher Gunter Kreutz. "You can't sing if your face is tense and your body all drawn in on itself."

The brain understands good straight posture and expressive facial and body language as positive. "Add to that of course the feeling of community," Kreutz adds. "Harmonious interplay of gestures, stance, breathing and synchronicity with others is something you often see when people are happy."

There's a reason why singing is said to come "from the heart," he says. "That’s not just a metaphor. You can pretty much take it literally." 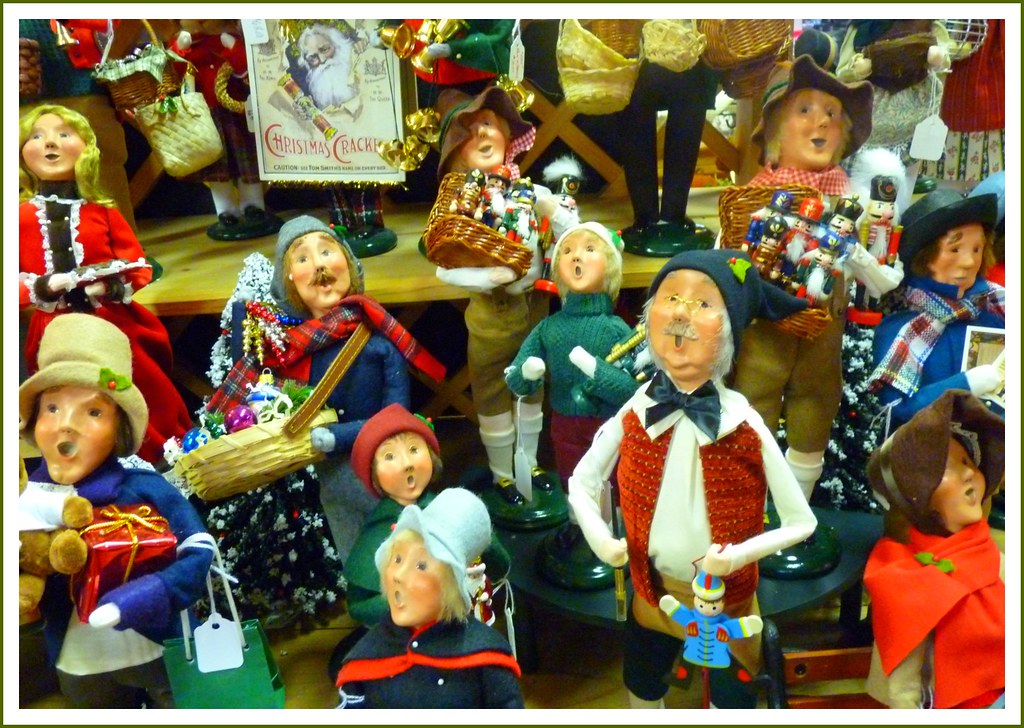 But it's not just the bodily and psychological effects of Christmas music that researchers are investigating. This is a time of year when family members become tense about the stark division of roles that comes into play when selecting gifts: sweet elves with pink hair for girls, green plastic carpentry set for boys.

What if she likes G.I. Joes?

Today's toy manufacturers are more into "gender-typical" toys than they used to be, says psychologist Bettina Hannover. And that's a problem. "The more children are confronted with toys and learning tools that are supposed to be typical of boys and girls, respectively, the more likely they are to conclude that girls and boys are different, that they play with different toys or want to learn different things," she says.

In experiments, developmental psychologists asked children, for example, whether a specific toy was for boys or girls or if both could play with it.

"As early as ages two and three, children absorb this typecasting and will say, for example, 'dolls are for girls, cars are for boys,'" Hannover says. And yet at that age children don't have a solid concept of their own sex. "It's a clear indication that gender-typical toys are a way of teaching children the social gender roles."

Children are very afraid of not meeting the norms of their sexual role. "They fear being laughed at and rejected by their peers," Hannover says. That only changes towards the end of elementary school. "Then they can recognize that girls can be good at math too, or boys can enjoy reading." Parents and teachers can speed this process, "for example, by saying: 'If you absolutely want the pink doll, you can have her but don't you think it's silly that girls always have to have everything pink?'"

Christmas is a good time to track child development, to practice challenging traditional gender roles, but it's also a good time to help school kids deal with the excitement and anticipation.

The art of waiting

"Anticipation is great, and it's important," Hannover says. "Children can learn a lot from it," such as the advantages of delayed gratification. American psychologist Walter Mischel showed that in an experiment that has often been repeated by other researchers since.

Children around age four were left alone with a marshmallow in a room for a few minutes. Those who resisted the urge to eat the marshmallow were rewarded with two. Ten years later the children who participated in the experiment were interviewed, and it was determined that the ones who were able to resist eating the marshmallow were higher achievers with better concentration and more effective work habits.

"Children who learn how to delay gratification are in many ways better prepared for life," Hannover says. "And Christmas is a time when parents can teach them that." Take an advent calendar, for example: "Every day brings me closer to the big day, and I will be rewarded for waiting."

Christmas is just as important for adults. Human beings are social animals, and they need rituals. "The holiday has become a particularly strong ritual in terms of fostering a sense of community," says Peter Walschburger, professor emeritus of biopsychology at Berlin's Free University. "It changes our profane daily existence into a sacred fundamental experience."

But because the holiday is so important to so many, it also causes conflict. The ritual nature of Christmas leads many people to plan everything almost compulsively, down to the tiniest detail, Walschburger explains. "Others may not want to go along with those plans, particularly as we all have different expectations — and often excessive expectations — about how Christmas should be," he says. This can easily lead to social conflict and stress during the holiday.

"But there are also more and more people who unfortunately experience Christmas as a disturbance to their over-rationalized daily existence," the psychologist says. "They don't see how they can possibly organize anything that will live up to their own or others' high expectations."

And yet there are myriad ways to take the stress out of Christmas. "Mainly by paring expectations down to a realistic level and just being happy about the great opportunity of being able to see family and friends," Walschburger says.

In terms of gift-giving, the focus should be the emotional, not materialistic. In 2008, economy professors Thomas Bauer and Christoph Schmidt conducted a poll among 500 students at Ruhr University Bochum. Most of the students said that if they'd had to buy gifts for themselves they would have spent less — on average 11% less.

To most, Christmas gifts were worth less than their actual cost. But it depended on how the question was asked. If the issue was reselling the item, then the students wanted significantly higher prices.

Give and take? Sociologist Holger Schwaiger doesn't think much of this approach. "Economists follow the principle that says, 'I give something, so in the tradition of gift-giving I should get something in return,'" he says. According to this theory, gifts are a kind of currency. From a social standpoint, the material value plays no role. "It's about emotions. Gift-giving is a form of social communication." And for that to work, some thought has to go into the gifts.

Which is why Schwaiger doesn't think much of giving money. "When I give somebody 50 euros, my relationship to this person is thus worth the equivalent of 50 euros," he explains. "But what does that mean, having a relationship worth 50 euros? Is that a lot or is it very little?"

Delays, reluctance, shortages... the rollout of the coronavirus vaccines across the world has been beset by some recurring obstacles.

New Year's resolutions are still freshly made, but how long will we stick to them? Here's what legendary German thinker Immanuel Kant has to say about them.