The Nazi Font: When Hitler Erased The Gothic Typeface

Beginning in 1920, almost all documents issued by the Nazi Party were set in Gothic type - Future-Image via ZUMA Press

The edict was both covert and surprising: On Jan. 3 1941, Nazi official Martin Bormann announced that Hitler no longer wanted to see Gothic typefaces used in print. But the reason for this decision was pure invention.

BERLIN — The announcement came as something of a surprise. For more than two decades, the National Socialist German Workers' Party had always printed its anti-Semitic propaganda in so-called German blackletter. Since the publication of the 25 Point Programme in February 1920, almost all documents issued by the Nazi Party were set in Gothic type. But that was all about to change.

On Jan. 3 1941, Martin Bormann, the soon-to-be Chief of the Nazi Party Chancellery, circulated an internal memo (marked "not for publication") to the party's top officials, including the Reichsleiter, Gauleiter and heads of various party organizations such as the Hitler Youth, SA, SS and the National Socialist Motor Corps. He wrote, "It is wrong to refer to the so-called Gothic type as a German typeface. In reality this so-called Gothic script is a Jewish typeface from Schwabach." From then on, only a roman typeface – specifically Antiqua – was to be used in official communications.

In his memo, Bormann explained: "Today the Führer, in conversation with Reichsleiter Amann and printing press owner Adolf Müller, has decided that from now on the Antiqua typeface should be the standard. Over time, all printed matter should be switched over to this standard typeface." It's not clear exactly why Hitler came to this decision; there is simply not enough evidence.

Max Amann, the Führer's oldest friend among the regime's top brass (in World War I, he was temporarily Hitler's superior), was head of the publishing house Franz Eher Verlag. He therefore controlled almost the entire German publishing industry, while Adolf Müller ran Munich-based printers M. Müller & Sohn, which along with Eher Verlag printed the party newspaper Völkischer Beobachter and many of the millions of copies of Hitler's inflammatory Mein Kampf. 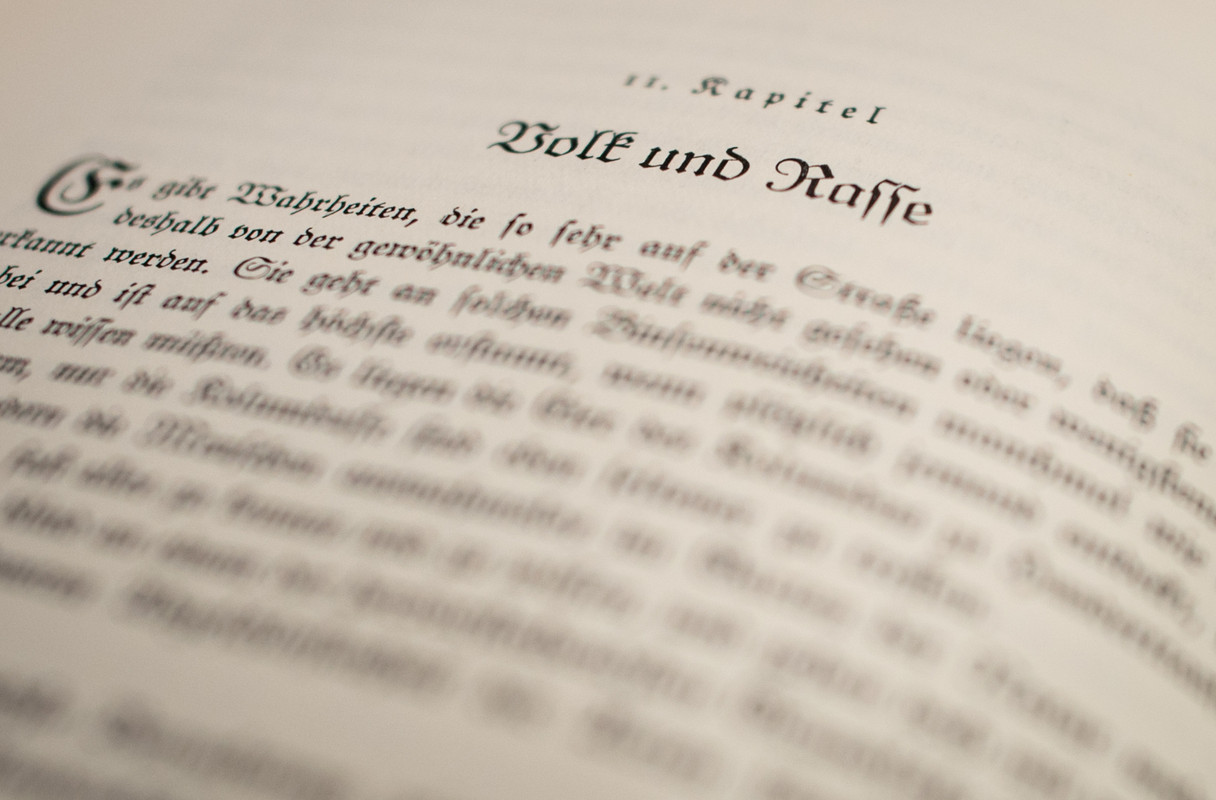 Eher Verlag printed many of the millions of copies of Hitler's inflammatory Mein Kampf — Photo: Matthias Balk/DPA via ZUMA Press

It seems unlikely that Amann and Müller welcomed Hitler's decision. The letters, cast in lead alloy, were expensive and switching to a new typeface required a significant financial investment, so the two businessmen probably tried to put the brakes on.

It's also doubtful that these two, although they were committed Nazis, believed Bormann's nonsensical explanation for the change. Bormann claimed: "Just as they later took control of newspapers, Jews living in Germany took control of printing presses when these were first introduced and that is how printers in Germany came to use Jewish letters from Schwabach."

Anyone who knew the first thing about the history of printing, as Amann and Müller likely did, could tell that there wasn't a word of truth in this allegation. In the late 15th and early 16th centuries, the early days of the printing press, strict guild rules almost completely excluded Jews from this new industry.

This typeface damages German interests both at home and abroad.

That is why the first books to be printed in the Hebrew alphabet in Central Europe were produced by Christian printers such as Thomas Anshelm in Tübingen or Johannes Boeschenstein in Augsburg. At the time, there were also a few Jews who had converted to Christianity, such as Antonius Margaritha, who owned a pharmacy in Frankfurt am Main. However, the first converted Jew who managed to have any significant role in printing was Chajim Schwarz, who founded his own printing press in 1542. By that time, Gothic lettering had long been the norm for books in German.

The link to the town of Schwabach near Nuremberg is also entirely invented. The town's mayor even wrote a letter to Bormann explaining this. The typeface that later came to be referred to as Schwabach letters first appeared around 1470, but didn't come to be associated with Schwabach until 60 years later, when the Articles of Schwabach, an important document in the history of the Reformation, was printed in this typeface.

Ten days after Bormann's memo, Hans Heinrich Lammers, Chief of the Reich Chancellery, instructed all high-up officials to replace the typeface with Antiqua. By then the reason given was apparently that "the use of this typeface damages German interests both at home and abroad, because most foreigners who speak German cannot read it." 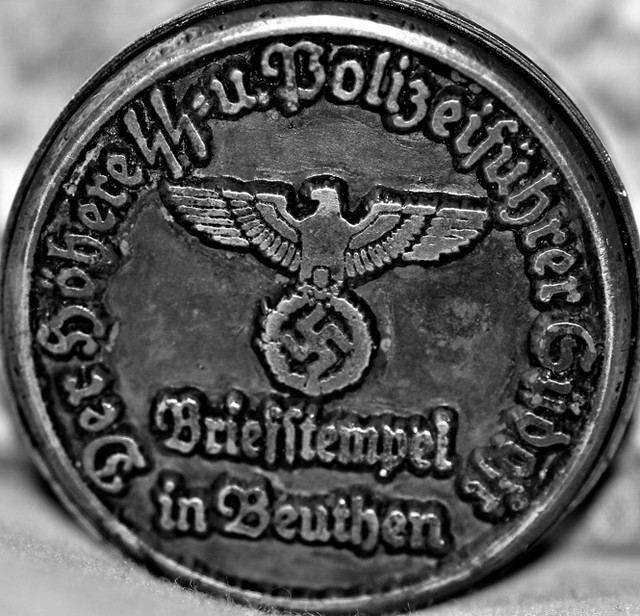 The Gothic font was replaced by a roman typeface — Photo: Paul Baxter

Another ten days later, on January 23, 1941, the Reich treasurer Franz Xaver Schwarz ordered that from then on the roman typeface should be used "for all printed material such as administrative documents, forms, certificates and labels". As a former administrative official in the city government of Munich, however, Schwarz was aware of the cost implications and added: "This change should be instigated for all reprints and new editions. Remaining stock must of course be used up first."

In wartime, Schwarz was especially frugal: "These measures should on no account lead to increased demand that exceeds the usual need for materials such as paper, ink, etc."

On February 1, 1941, the Berlin edition of the Völkischer Beobachter was printed in Antiqua for the first time. Joseph Goebbels noted the change in his diary, writing in the early morning of 2 February: "The Führer commands that from now on only Antiqua will be considered a German typeface. Very good." The propaganda minister was not interested in the official reason. He supplied his own: "At least children don't have to learn eight alphabets any more. And our language can truly become a global one."

Amann and Müller don't seem to have found the continued use of so-called "Jewish letters" particularly contentious. Up until 1943, although most copies were in roman typefaces, there were still editions of Mein Kampf printed in Gothic type. That is perhaps why Gothic type remains so strongly associated with Nazi-era Germany to this day.