A reflection of ourselves. - thepyper

In our dreams, it's a world of joyful sharing. In reality, Internet commenters often offer little more than cheap shots and manipulation. Researcher Joseph Reagle explores the history and degeneration of online invective.

GENEVA — Am I ugly? Hot or not? Let's not forget that sharing platforms and social networks were built on the shallowest instincts like these, and the very culture of Internet commenting that affects our everyday digital lives took shape from just such questions.

Northeastern University's Joseph Reagle explores this rumbling topic in his recent book Reading the Comments: Likers, Haters and Manipulators at the Bottom of the Web (MIT Press).

Let's go back a bit. In October 2000, two Silicon Valley engineers, James Hong and Jim Young, launched a website called "Hot or Not." The idea was to get Internet users to post pictures of themselves so other users could judge their attractiveness on a scale from 1 to 10. The pair didn't really invent anything. The websites RateMyFace and AmIHot had both launched shortly before, with the very same idea. But Hong and Young hit the jackpot on the click market: A week after their website launched, it was getting two million visits per day.

The idea was replicated in 2003 by Mark Zuckerberg to create his website FaceMash, the predecessor to Facebook, which followed in 2004. A year later, a new version of the idea was developed. "YouTube was partly conceived as a video version of Hot or Not," says Reagle. The major participatory web platforms often included teenagers and young adults filming themselves and asking the world, "Am I ugly?"

Aladin and the cheaters

But the commenting culture has been facing a fundamental crisis for the last few years. In 2012, New York software developer Dave Winer, often cited as the first to have made comments possible on a blog, deactivated the function on his own website, though has recently looked for a new way to bring them back. 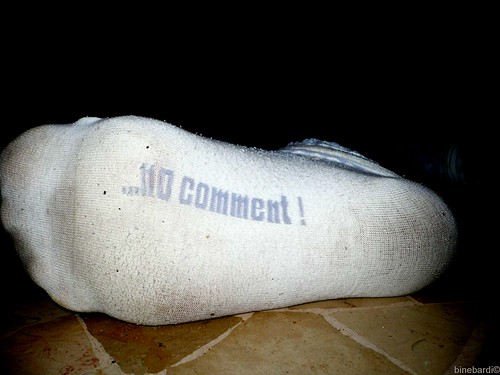 In 2009, legal expert and digital activist Lawrence Lessig had already deactivated his blog comments after noticing that "a third of the 30,000 commentators were in all likelihood scams or spam."

This problem now seems to have entered a critical phase. Last Oct. 16, Amazon filed 1,100 complaints against non-identified people (who go by pseudonyms such as "bondo_man," "kingswiss" or "sohel_mama"), who are accused of writing comments for payment in praise of certain products on the e-commerce website. The recruitment and payment of these commenters were believed to have been made on the platform Fiverr, an online job market connecting digital employers and occasional workers hired for small jobs. Let's also note that, since 2007, Amazon has been officially organizing the exchange of free products for comments via its Vine program.

Two days after Amazon filed the complaints, Belgian daily L'Avenir published an article about Internet users accusing the cinema information platform Allocine of publishing fake comments. Considered at the time the predominant online reference for French cinema, the website was suspected of having published phony laudatory comments from supposed audience members to boost the success of the French movie Les Nouvelles Aventures d'Aladin (The new adventures of Aladdin).

Reagle is amused because he says the fraud of publishing self-congratulations under a pseudonym is a timeworn trick. It was used by naturalist Carl von Linné in the 18th century, by writer Walter Scott in the 19th century and by Anthony Burgess in the 20th century.

The relationship between the culture of commenting and freedom of expression has a long history, going back, for instance, to the edict through which England's King Charles II attempted in 1675 to ban "coffee houses," places where people talked freely about current events. But on the Internet, communities where the culture of commenting is the most widely used aren't those where expression is freewheeling, but instead is regulated by internal norms of conduct. It's the case in the world of fan fiction, stories written by fans appropriating themselves the heroes of popular sagas (Star Trek, Twilight, Harry Potter) to give them parallel lives, full of romantic-sexual plot twists.

In offering recommendations about the proper way to comment on someone else's fan fiction, a website dedicated to Star Trek mentions the "sandwich technique": compliment, criticize and compliment again.

The commenting culture has now reached a state of simultaneous triumph and retrenchment. A growing number of news websites have eliminated the comment feature, given both their tendency to trigger outbursts of hatred and their weak added value in terms of content. As for websites that use comments as a central element, such as Facebook, they have an effect that is both compulsive and repulsive. If everyone could simultaneously stop using that network, without fear of being disadvantaged compared to others, a very large majority of users would probably pull the plug without any regret.

So many malicious human behaviors have contributed to the crisis: anonymity, for one, and also the physical distance that prevents commentors from seeing the emotional distress inflicted on the recipient. From the isolated, troublemaking troll of the 1990s and early 2000s, Reagle says we've unfortunately graduated to the "trollplex" trend in which "attacks are launched by people with various backgrounds and displaying various behaviors, but sharing one target, one culture and online meeting place."

So what do we do? Cultivate your online space like a garden, Reagle suggests, pulling the weeds so flowers can grow. Or, like the great science fiction author Isaac Asimov recommended, stop reading a comment at the first appearance of a negative adjective.

Five Questions for the legendary pilot, environmental activist and founder of Solar Impulse Foundation, supporting solutions that are profitable and protect the planet.