Poland, Where Happiness Goes To Die

Why are Poles such a gloomy and miserable lot, always assuming the worst and refusing to love thy neighbor? It turns out, cheerlessness here has deep roots.

WARSAW — A sudden explosion of frustration from 21-year-old Polish tennis star Jerzy Janowicz, ranked No. 51 in the world, surprised journalists after his recent Davis Cup upset to an unknown Croatian junior ranked No. 668.

"Maybe our expectations are higher than the actual potential of Polish tennis?" one journalist suggested at a press conference, unleashing a stream of reproaches from the young athlete. "We live in a country with no perspectives about sport, business or private life!" Janowicz shouted. As the room fell silent, he continued his diatribe by angrily asserting that young people think only about leaving Poland. "People have to work, and there is no support offered in sport or any other profession," he said. "So how can you have any expectations at all?"

Is Poland a land of lost opportunities, as Janowicz suggests? As our economy blooms, we move to bigger houses and drive better cars on new highways. Yet many foreigners see us as gloomy, unkind and frustrated.

"Each time I come here, I feel like I'm in a mental institution," says Professor Philip Zimbardo, a world-renown social psychologist from Stanford University. "Nobody smiles, and people mutter instead of responding."

During this year's Malta Arts Festival in Poznan, I spoke to Mario Galdamez, who came to Poland in 1977 to escape the Augusto Pinochet dictatorship in Chile. He said that when he strolled down Polish streets, everybody looked to him like they had just left a funeral. Yes, that was the first impression our country made on a refugee of a bloody dictatorship.

And a Congo citizen named Pierre, a dance teacher who has been living in Poland for several years, says that that racism isn't what bothers him most about this country. "In Congo, we dance a lot, and hip movements are the basic step that symbolize the joy of life," he says. "When I show it during a class, I am sure that no Polish person will come back."

Any search for an explanation about the gloomy Polish outlook on life finds several seemingly obvious conclusions. One of them is the chilly climate, though people in a decidedly freezing Canada seem to be happier than we are. 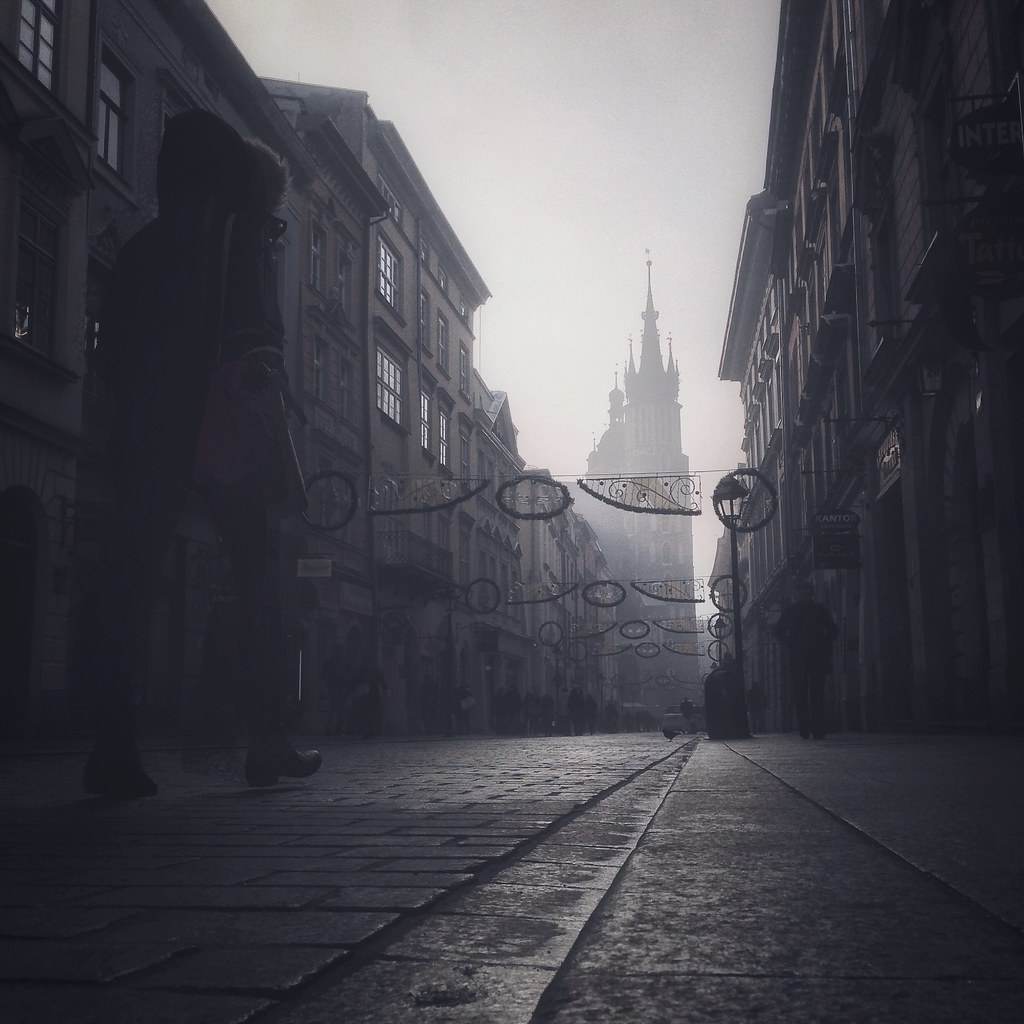 Drilling further, perhaps poverty helps to explain the kind of collective distress that outsiders describe. In Poland, we earn just one-fourth of what our German neighbors do. According to an OECD survey, we work 100 hours a year more than Americans, whose incomes are nevertheless a third higher. People in rich nations such as Denmark and Norway work an average of 1,400 hours per year, almost 500 hours less than Polish people.

In addition, as we travel, we can easily compare our quality of life with the world's richest countries, which makes us even more annoyed with the sad state of roads and other infrastructure and services in our homeland.

Still, if poverty has anything to do with it, why would people from Congo be any more cheerful than we are?

Those on the right denounce our former history of communism under Soviet rule as the origin of our suspicious nature and indifference to others. The left blames our capitalist culture for making people treat each other as rivals. These hypotheses, of course, are not mutually exclusive.

The thrill's been long gone

Antoni Slonimski, a Polish writer from the first half of the 20th century, illustrated Polish unkindness with a rich anecdote. While having his hair cut, he was listening to a radio news broadcast anout the funeral of Aristide Briand, a French prime minister about whom the hairdresser had no previous knowledge. The hairdresser had only one comment: "He stole what he could, and then he died."

Legendary Polish reporter and globetrotter Melchior Wankowicz wrote in his 1947 book Pettiness that a Polish person "assumes automatically that the other is an incompetent idiot."

"If I say to a Pole that I am an engineer, he’ll smile crookedly and think that I’m nothing more than a construction worker," the writer continued.

Anna Giza, a professor of sociology interested in the Polish social condition, says that when it's possible to think the worst, Polish people tend to do so. An atheist amounts to a communist, a believer is a prude. A cheerful person is making fool of himself, whereas someone sad is only posing. As a consequence, we approach people with distrust and rudeness, setting in motion a vicious cycle.

If one Kowalski approaches the world in this way, he only spoils the moods of the limited number of people in his life. If 38 million people do so, life becomes a nightmare.

In July, Gazeta reported that a bus driver circulating between two distant Polish cities intentionally left a gas station without one of his passengers. The driver pulled away knowing that the woman's 10-year-old son and her suitcases were on-board. The article drew an unusual number of comments — most of them unfavorable to the woman: "She got what she deserved!" To a commenter who suggested the passenger deserved some empathy, another reader responded, "Are you joking? Maybe a Brit or a Swedish person can afford empathy."

What I wonder is, what lesson about his country did the 10-year-old learn?

Ephroim "Johnny" Jablon's entire family was gassed to death. At 94, he can't forget the smells and so many other details of the camps. Such memories are dying away.

It was 3 p.m. on January 27, 1945, when the Auschwitz concentration camp was liberated by the Soviet Army. The full scope of the Nazi barbarities, which included the extermination of six million ...