No Goat Year Babies! China Wrestles With Its Zodiac Passions

BEIJING — At a Chinese New Year family celebration, one of Liang Bing's aunts pulled her aside and cautioned her to be careful not to get pregnant before April. In fact, she continued telling her niece, it would be even better to put off a pregnancy until after May or June.

"Giving birth to a goat baby is definitely a bad idea," she concluded in total seriousness, referring to 2015 being China's year of the goat.

This kind of drama actually repeats in China every 12 years in accordance with the Chinese zodiac calendar that assigns an animal for each year. While this is the year of the goat, we can look forward to the year of the monkey in 2016.

Internet discussions about birth signs and their meanings, and how they affect personalities and life events, have become enormously popular. But while the Internet has made a lot of new knowledge accessible, it also breeds rumor and ignorance.

As Chinese academic Li Jie puts it, "These crackpots, including lots of young people with higher education, have formed an independent system of their own that is opposed to natural and social science theories."

As a result, there are many bizarre ideas floating around about zodiac signs and what they can mean for people's futures. Such beliefs are used to support feudal ideas and are packaged as disciplines for Chinese well-being, success and utilitarianism.

"While they forward each other articles about the new functions of the Apple watch, youngsters also forward crank articles with titles such as 'Lessons one must learn before January 15th of the lunar calendar,'" Li laments. "You have to admire this deep-rooted ancient Chinese 'wisdom,' which obviously convinces a lot of the public."

The plight of goat babies

The implausible beliefs associated with "a goat baby" are generalized as follows: death of the baby's parents during childhood, the child eventually suffering widowhood, or the child being doomed never to have offspring.

These misguided beliefs have also inspired certain details in Chinese films. For instance, a television series asserted that Lin Daiyu, the main character who suffers a grim destiny in the Chinese classic Dream of the Red Chamber, was born a goat baby.

The northern Chinese seem to take the superstition the most seriously. On China's version of the Internet, it's common to see young people from the north filtering out people born during a goat year from their online dating profiles.

The superstitious are also more common in the coastal areas of Jiangsu and Zhejiang provinces. It is said that a marriage proposal to Lu Xun, an important figure of modern Chinese literature, when he was 16 was refused by his mother for fear that the girl would bring her son bad luck. She was, of course, a goat baby. Alas, Lu Xun later married Zhu An, another girl his mother found for him. It was an unhappy 30-year marriage. It turns out Zhu An had another unpopular zodiac sign, especially for a woman — that of the tiger. But that's another story.

Such irrationalities even influence the Japanese. In his masterpiece The Makioka Sisters, Japanese novelist Junichiro Tanizaki wrote that since ancient times men who lived near Osaka would avoid marrying a woman born with the goat zodiac sign.

Of course, not all Chinese embrace these ridiculous superstitions. Among them is the very popular writer Ma Boyong. Ma has explained the notion that "a goat will live a bitter life" as originating from the Song dynasty, which observed that the eyes of goats have small irises and larger white areas all around. It was reasoned that a woman with a similar eye shape would have a staring and unpleasant look. Somehow this concept later evolved to linking women born during a goat year with a jinx. 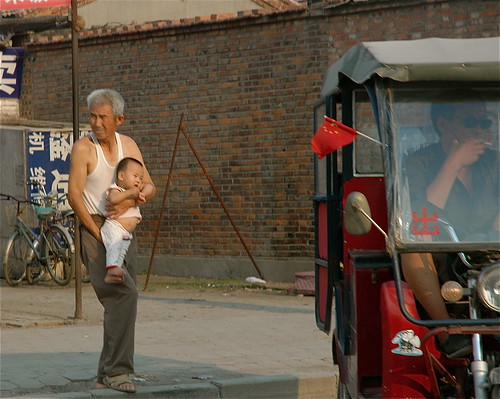 Such forced analogies exist throughout much of traditional Chinese folklore. So it's not at all surprising that many Chinese believe that eating pig lung is good for cleaning up human lungs, or eating cartilage and bones are good for their tendons and muscles.

When extended to the zodiac system, people born in the year of the dragon are considered noble, year of the snake babies are treacherous, and year of the buffalo people are sedate. And as we now know, tiger and goat babies aren't suitable marital partners.

In a country where most people aren't religious, such necromantic delusions can probably be rescued only by time. Meanwhile, no matter how intense the Internet debates, in reality most Chinese people don't alter their fertility plans because of the zodiac cycle.

According to a survey conducted by demographer Ma Yan during the 60 years between 1949 to 2008, the years of pig, buffalo and rat have birth rates even lower than years of the goat. Meanwhile, even if the dragon years have always been the most popular year for making babies, the reality is that birth rates for these years came in only third. In other words, zodiac preference is much discussed but not exactly influential.

Valerie Chen is an example. A friend told her that the reason why her boyfriend's mother forced her son to leave her was because of her animal sign, the goat. "Isn't it a perfect excuse?" she says. "Since she couldn't say directly that it was because my curriculum vitae isn't great, my figure is so-so, and my family is too ordinary! If I were born with a silver spoon, mind you, no one would have held anything against me even if I had the zodiac sign of a cat!"

For a number of weeks now, Beijing has been trying to regain control of its internet heroes, who are considered too dominant. E-commerce giants and their standard-bearer, Alibaba and its founder Jack Ma, are directly in the line of fire.

China may be relieved to see their bitter adversary withdraw from power. But President Donald Trump was also Exhibit A for the Chinese regime to show the Western democratic system on the verge of collapse.