The Cliffs of Moher - Richard Ellis/ZUMA

Our itinerant Slovenian-born New Yorker takes a long-awaited voyage to the land of Joyce and good drink, and a certain singular brand of modesty.

How does one decide to visit Ireland? I have friends who did it out of their newly discovered passion for golf. And I remember the late president of Italy, Francesco Cossiga, who went to Ireland every summer and praised Irish literature and Guinness.

Then there are my Slovenian compatriots who, when I asked them what Ireland was like, told me that it was very similar to our country. And last but not least, there are my Irish friends. But none of them — not a single one — ever told me that I should come and visit Ireland. The Irish are modest. They love their country and they want to keep it to themselves. And like all smart people, they are also inveterate gossips.

I drank Jamesons and Bushmill, had Guinness in London pubs, got my first Apple computer assembled in Ireland — and oh yes, I did read Joyce, Shaw, Wilde and Beckett in my early years — but all without ever getting a feel for the country. Have I missed something? I am tempted to reread the Irish classics, as my fascination with the country is quite strong. But as you can see from the photo of the Irish room in Charlie Byrne's Bookshop — a beautiful store in Galway — the books are plenty while time is short. 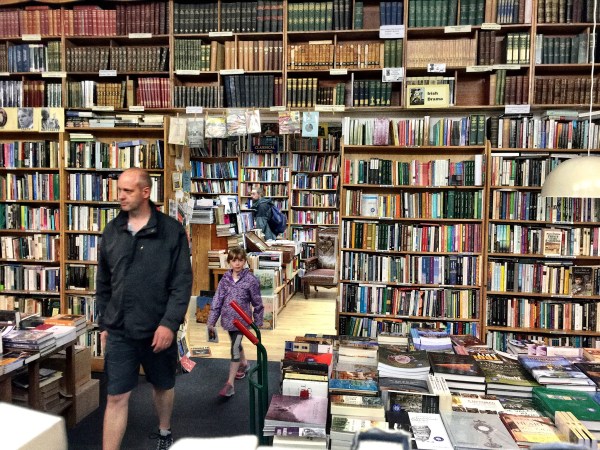 My trip to Ireland was a last-minute decision. A sort of a rehab vacation after my doctor told me that I could get back on the bike, four months after I fractured my arm during a ride in Central Park. Our choice was made out of a combination of desire to see London after the Olympics and desire to see a place that I have never set foot in (except that one time when I was flying to the U.S. and the plane landed in Shannon to refuel).

I landed in Shannon again. But this time there was a fancy Mercedes waiting to take us to Ballyvaughan, a village 40 kilometers away in the heart of the Burren region of North Clare — an area known for its karst landscape.

Were it not for the constantly changing light, the area would immediately evoke Dalmatia and Istria, with its bare landscape and stone walls protecting what was left of the fertile soil. But there was no terra rossa, no grapes within the stone walls — only cows, wandering around in open pastures or lying down and resting, creating an important part of Burren's distinguished landscape.

The driver was a young Polish woman from a car service that we had ordered — the only way to get us to the starting point of our short adventure. She, like us, did not know the land, and her GPS was in Polish.

It took us some time, but Ballyvaughan was perfect. It felt like we were at the end of the world! A place with two streets, a couple of pubs and a whiskey bar, where we went after dinner and sipped the Yellow Spot, a high-quality smoky whiskey that comes from Jameson's distillery, served with a few drops of spring water. For connoisseurs!

The night ended with an interesting conversation with the owner of the comfortable hotel where we stayed, Kevean O'callaghan. He told me the story of his life: As a former owner of a construction company that built roads and bridges, O'callaghan needed to switch over to the real estate business in 2008, when the crisis stopped the flow of European Union money pumped into the area. Keaven bought the hotel a few months ago, but while he was still looking for good manager, he needed to step in as the receptionist, cook, barman … He was a very pleasant and witty speaker with some distaste for Dubliners and their incorrect pronunciation of vowels.

We travelled about 30 kilometers on the first day, happy that we decided to do it on bikes, as we could stop and walk whenever we wanted to admire the landscape. And there was nothing but immense landscape that made every man who saw it feel small.

After many months in New York, it was a relief to get lost in the loneliness, in the wind, in the ever-changing light. And then, when you did meet someone, they were never grumpy. What explains why people in Ireland are so nice and helpful? My wife thinks it's because they need to help each other in these rather harsh circumstances. I think that the Irish got it right. They are aware of humans' brief passage on this planet, and they've buried — or, perhaps, never developed — their egos in front of the immense power of the universe. They do not think that building Manhattan will make them immortal. They do not want to forget certain things, and they want to keep it this way. 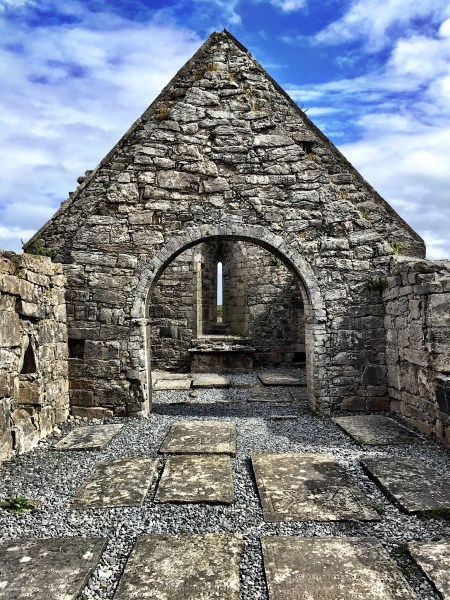 They surprise you with beautiful things like a 3,000-year-old tomb — Poulnabrone dolmen. The tomb was only discovered in 1985, and aside from being a collective grave, it also served as a landmark meant to help travellers orient themselves. Similar, perhaps, to Tibetan marcation stone piles? Or to the wastelands of Mongolia? It certainly has a similar feel to it. More biking, more kilometers and miles — my wife, Elisabeth, and I still measure distance differently — with a pit stop in Lisdoonvarna's pharmacy and a visit to the salmon smokehouse. The latter did not impress us, but the Roadside Tavern, owned by the same people, was a blast. We wondered what made the Irish such a great cooks. Especially their soups — the soups alone are worth a trip to Ireland. The owner of the smokehouse and the tavern told us a bizarre story of their effort to prove that J.R.R. Tolkien got inspiration for Lord of Rings when he visited this place in 1954. Three days later, when resting in Ennis, we heard that the salmon smokehouse burned down just a few hours after we'd been there. We felt strange and a bit guilty, since we really did not like it, while the tavern that we loved stayed untouched.

Next up was Dollin — a charming place, and an obligatory stop if you want to get a ferry to Inishmore, the biggest of the three Aran Islands, also known for their impossible-to-wear Aran Sweaters.

The small boat that took our bikes on board was filled with mostly European passengers. Carrying no more than 30 or 40 people, the vessel failed a test of tolerance between various nationalities. Germans and Italians just cannot travel together. Italians took over the boat, while the Germans were appealing for discipline and military order. How can this boat survive the rough seas of the European Union, I wondered.

Inishmore is a dream. We saw the terrace fields on the east coast, passed Kilmurvy Beach with its colony of seals, and ended up at the Seven Churches, the site of the ruins of seven temples abandoned in time. Not to be mistaken with the graveyard around those temples — people still bury their relatives there, and many graves hold the bodies of young men and women who died for reasons unknown.

The Cliffs of Moher make for a hard climb to the top of the island on the west coast. The name derives from a First Century B.C. fort that stood where Moher Tower now stands. The old Irish word "Mothar" means "ruined fort," and it is this that gives the cliffs their name. 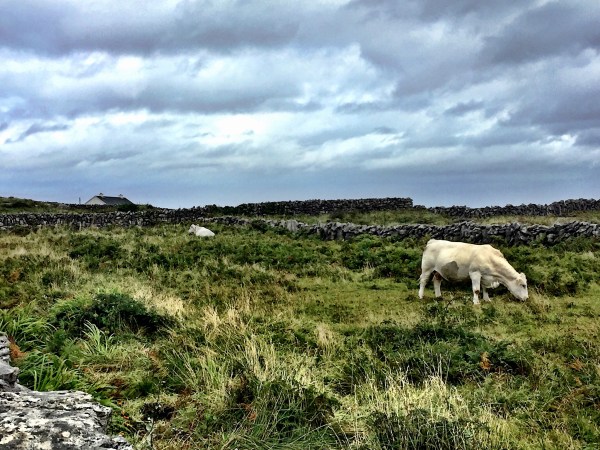 The winds were so strong that they felt like they could blow us away once we reached the top. A storm was approaching, but there was time enough to have a chat with a young guard there who was employed by a group of architects who are trying to preserve the place as best they can. It is, however, a mystery to me why somebody from 2,000 years ago would build a fort high on cliffs that make impossible for any sort of enemy to land on the island. Was it actually just a and observation post, its walls protecting the guards from the gusty winds? But that would have happened much more recently than 2,000 years ago, right?

But Ireland is full of mysteries created by local men, who are very good storytellers once you get them to talk.

We got to the hotel just in time to escape the heavy rains and winds. "It was never like this before," the hotel staff told us — the standard apology of hosts, trying to console their guests and asking them to love their country as they do. So we stayed on the Island for another half a day, listening to stories of the former fisherman who now owns a cozy little hotel at the port.

Then a bigger ferry arrived that could cope with the waves and storm. Still, our bike ride was over because of the rain, and we ended in the marvelous city of Galway. But that is another, more urban story.

CORK — On a December morning, as my plane pierces the ceiling of clouds and begins its descent toward the airport of Cork, my eyes are drawn to the flocks of sheep spread across the green ...

With Ireland Referendum, A Video Tour Of Gay Marriage Around The World

Ireland holds a referendum Friday that could make it the ...