More Than A Witness: Revisiting Primo Levi 100 Years Since His Birth

The Italian writer's work is best known for his role recounting the horror of concentration camps. He was that man, and so much more.

TURIN — Primo Levi is currently the most widely read and translated Italian author in the world. The Complete Works of Primo Levi, edited in the U.S., has significantly increased the author's global reach, with his teachings continuing to rise in the collective consciousness. Yet it took many years to understand that Levi was one of the world's greatest writers of the 20th century, not just in Italy.

He was already a writer before leaving the internment camp of Fossoli, in central Italy, on the cargo train for Auschwitz. He had written poems and short stories, and had tucked away the idea for what years later became the brilliant story Carbon, which seals The Periodic Table (in 2006 The Guardian called it the most beautiful science book of all time).

It happened, so it could happen again.

He had a writer's selective eye, knowing how to choose revealing details among the confusion of everyday events, which then come in handy to make sense of what doesn't have to make any sense at all. Having failed his Italian secondary school exams, Levi had metabolized Dante in depth. As an omnivorous reader, he had built an impressive vocabulary, both in extension and variety (now, with the help of powerful digital media, the time has come to map it in its entirety). Levi was able to create — like with his literary brother Italo Calvino, who was a little younger — that perfect bond between science and literature that fixes the divide that would otherwise render our culture anemic.

This is why the label of witness, to which his work has been confined, is too narrow — both for him and for If This Is a Man, which remains a literary masterpiece. There is still much to read and to discover in this writer of multiform brilliant, varied, profound, witty, affable, amusing, even capable of fictional narratives of symphonic breath (If Not Now, When?). A polyhedron whose faces you can never stop counting. 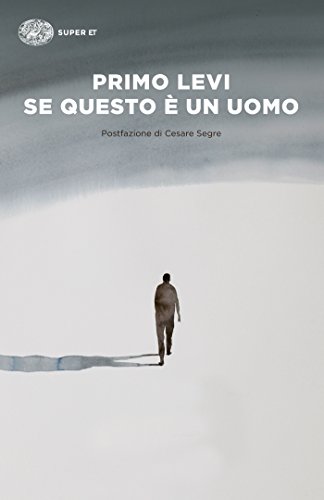 Primo Levi's survivor memoir: If This Is a Man

Whatever he wrote was never minor or improvised. His "fantabiology" short stories (as Calvino called them) are prophetic, his imaginary interviews with animals or articles in La Stampa newspaper, pure delight. He was a humorist, as Massimo Mila rightly called him in his obituary, who loved to listen and tell stories. But he was also an anthropologist, an essayist, a poet, a translator, an ethologist, a linguist.

Primo knew everything, but concealed his immense knowledge, perhaps so as not to embarrass those he was talking to. His interests ranged from black holes to ingenious mini-helices that allow the Escherichia coli bacterium to move in our intestines. This man who for excess of modesty introduced himself as a Sunday writer, a writing chemist (as if chemistry were a slight disability and not a great learning instrument) was an artist who mastered words with the same competence with which he handled vials in the laboratory. He had a battery of etymological and dialect dictionaries beside his desk, and grinned at the true meaning of the word "madamin": "young bride whose mother-in-law is still alive." That is, a halved madame without real power.

"It happened, so it can happen again: this is the core of what we have to say," he warns. In fact it continues to happen. "Vortex scholar," he did not want to arouse emotions and never presented himself as a victim. He wanted to understand how the minds of the Germans and our own worked — especially for those of us who can comfortably crouch in the "gray area" of those who pretend not to see and not to know and with their silence allow for the proliferation of authoritarian regimes. It was not by chance that Claude Lévi-Strauss had welcomed Levi into the ethnologists' fold.

He carried the Absolute Evil printed on his skin but was neither a nihilist nor catastrophic. He was a man of empirical, sustainable hopes. As a good laboratory technician, he still trusted the homo faber, who certainly creates disasters, but is able to remedy them. The problems to be solved, especially the most arduous, stimulated his creativity.

The Guardian calls it: "the most beautiful science book of all time."

One hundred years since his birth (July 31, 1919), what can we learn from his works? What does he have to say for our age where knowledge seems to have become a weakness and linguistic poverty swells into moral and civil misery? First of all we can learn the beauty and the meaningfulness of the necessary word. And then the ability to distinguish, to recognize the differences, the rigor, the precision, the ability to learn from mistakes, the tenacity, the planning. In short, the basics of a good chemist who "weighs and divides, measures and judges based on evidence, and tries hard to understand why."

On his work desk the tests never ended. He applied to himself the maximum of critical scrupulousness, as demonstrated by The Drowned and the Saved, a key book that should be given to every Italian upon turning 18, together with a copy of our Constitution.

In Italian, his name means "first": he was first among writers, a patrimony of humanity to help us defend what remains of the human being in this twilight of the West.

The World's Cities Get Ready To Take Public Transport Again