Colonialism, The Hidden Cause Of Our Environmental Crisis

Greta Thunberg tapped into an growing area of scholarship when she wrote recently that to save the planet, we first need to dismantle "colonial, racist, and patriarchal systems of oppression."

PARIS — They may only be a few short sentences, but they have sparked strong reactions among critics of Greta Thunberg, the Swedish teenager who became a figurehead for the climate movement.

On Nov. 9, 2019, an article entitled "Why we strike again," written by Thunberg and two others, claimed, "The climate crisis is not just about the environment. It is a crisis of human rights, of justice, and of political will. Colonial, racist, and patriarchal systems of oppression have created and fueled it. We need to dismantle them all. Our political leaders can no longer shirk their responsibilities."

The article takes up one of the arguments of de-colonial environmentalism: that the climate crisis is linked to the history of slavery and colonialism by the Western powers.

Since the 1970s, African-American researchers have made the link between the environment and colonialism. "The real solution to the environmental crisis is the decolonization of the black race," Nathan Hare wrote in 1970. Five years later, sociologist Terry Jones spoke of "apartheid ecology," a concept that would be further developed in the 1990s by Latin American decolonial thinkers at American universities, such as Walter Mignolo at Duke (North Carolina), Ramón Grosfoguel at Berkeley (California) or Arturo Escobar at the University of North Carolina.

"The true beginning of the Anthropocene is the European colonization of America. This major historical event, which had dramatic consequences for the Native American people and founded a capitalist world economy, has also left its mark on our planet's geology," write researchers Christophe Bonneuil and Jean-Baptiste Fressoz in The Shock of the Anthropocene: The Earth, History and Us, alluding to the work of British geographers Simon Lewis and Mark Maslin."

"Bringing together flora and fauna from the Old and New Worlds completely transformed agriculture, botany and zoology across the globe, with life forms that had been separated by the break-up of Pangaea and the creation of the Atlantic Ocean 200 million years before suddenly mixing once again," they add.

In France, researchers are seeking to show how the slave trade, slavery and the conquest and exploitation of colonies allowed capitalism to become structured around an economy of extraction. This destructive way of inhabiting our planet is responsible for ushering in a new geological epoch characterized by human industrial activity: the Anthropocene.

For decolonial thinkers, it isn't humans (anthropos) as such who are responsible for climate change, but a certain kind of human activity linked to Western capitalism. They claim that the current environmental crisis is therefore a direct consequence of colonial history.

Picking cotton on a plantation in the South in 1913 — Photo: Jerome H. Farbar

The populations of less economically developed countries are not responsible, but they are the ones who suffer. In a study published by the American journal PNAS in May 2019, climatologist Noah Diffenbaugh claimed that "most of the poor countries on Earth are considerably poorer than they would have been without global warming. At the same time, most of the rich countries are richer than they would have been."

To highlight how the roots of the climate crisis lie in slavery and colonialism, researchers Donna Haraway, Nils Bubandt and Anna Tsing coined the term "plantationocene."

"It describes the devastating transformation of different types of pasturage, cultures and forests into closed, extractive plantations, which are founded on the work of slaves and other forms of work that involve exploitation, alienation and generally spatial displacement," Donna Haraway explained in a 2019 interview with Le Monde. "[It reminds us that] this model of establishing plantations on a large scale preceded industrial capitalism and allowed it to develop, accumulating wealth on the back of human beings reduced to slavery. From the 15th to 19th century, sugar cane plantations in Brazil, then in the Caribbean, were closely linked to the development of mercantilism and colonialism."

We exploit both the land and the people for the sake of consumerism and pleasure somewhere far away.

Establishing monocultures that destroyed biodiversity and were responsible for soil impoverishment was achieved through massive deforestation. In the Caribbean, the effects are still being felt to this day. In his essay Decolonial ecology, Malcom Ferdinand, a researcher at the French national research center CNRS, explains that the plantationocene allows us to contextualize and historicize the Anthropocene and the capitalocene so that "the genocide of Native Americans, the enslavement of Africans and their resistance are included in the geological history of the Earth."

Marked by a "double fracture, colonial and environmental," the modern era created a "colonial way of living" and an "Earth without people," says Malcom Ferdinand. On one side, there is a dominant population, that of the West. On the other, there are dominated populations, considered to be too numerous and exploitable. This separation between the "zone of being" and the "zone of nonbeing" remains in place today through the global economy of extraction, of intensive monocultures and ecocides, leading to spatial injustices: We exploit both the land and the people for the sake of consumerism and pleasure somewhere far away.

For Ferdinand, the other face of the plantation is "the politics of the hold" — a reference to the slave ships — where a minority saps the vital energy from a majority and profits materially, socially and politically from the "Negro," a human reduced to a tool for working the soil.

"Since the 1970s," Ferdinand told Le Monde, "African-American researchers have noted that toxic waste has been disposed of near areas inhabited by black communities. They have named this practice of exposing racial minorities to environmental dangers 'environmental racism.'" An example is the string of industrial plants between Baton Rouge and New Orleans (Louisiana), nicknamed Cancer Alley, which is home to a mainly black population that settled there after slavery and segregation and has a cancer rate that is sometimes 60 times greater than the national average. 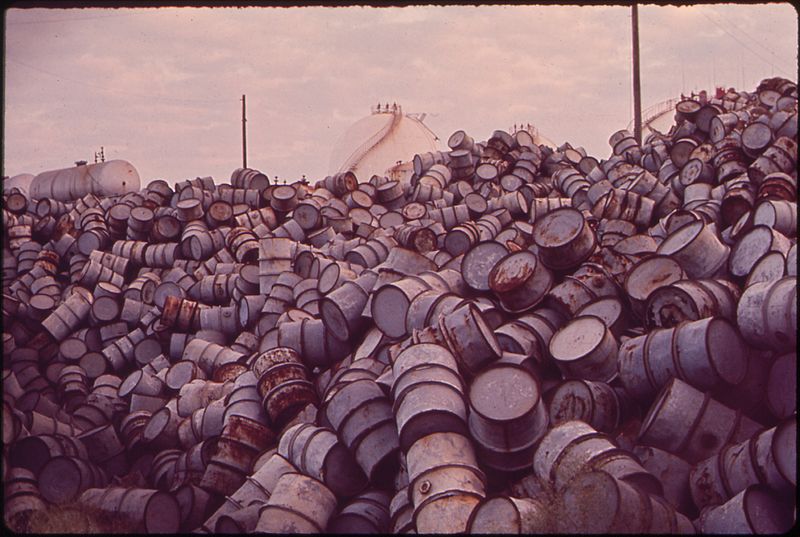 Ferdinand also points out that in France, nuclear tests were not carried out on French soil but in Algeria and Polynesia. The researcher also highlights how Martinique and Guadeloupe have been contaminated by the use of the toxic pesticide Chlordecone in banana production, saying that it is another chapter in the history of an "agricultural process led by a small number of individuals belonging to the Creole communities descended from the first slave-owning colonists in the French Antilles,"

"The decolonial approach allows us to move beyond the double fracture, colonial and environmental. It seeks to create a more egalitarian, more just world, and to do that we must reconsider things that have been silenced," Ferdinand explains.

That is one of the basic principles of decolonial ecology: placing value on different, often ancestral, ways of inhabiting the world, which have been damaged by colonization, idealized or turned into folklore.

In Latin America, where the current decolonial theory was born, thinkers such as Ecuadorian economist Alberto Acosta Espinosa are calling for a new relationship with the Earth and with others. They call it "buen vivir" (living well), and it's inspired by a Quechua concept of "feeling-thinking with the Earth" that was also developed by American-Colombian anthropologist Arturo Escobar. It calls into question the Western worldview — which separates nature and culture, body and spirit, emotion and reason — and transforms the universal into the "pluriversal," a version of universality that accommodates differences.

These new ways of inhabiting the world also model themselves on "diplomatic cosmology," says Bolivian researcher Diego Landivar, referring to the Bolivian constitution put forward by former president Evo Morales, who recognized the Pachamama (Mother Earth) as a legal subject. Ecuador also made nature a legal subject, and the Vilcabamba River won a case against the Loja municipality, which was accused of depositing large quantities of rock and excavation material in the river.

Decolonial thinking invites us to bring together local knowledge with scientific and technological research. This was also the recommendation of a 2019 report by the Intergovernmental Panel on Climate Change, which called for the promotion of agroecology. The UN Food and Agriculture Organization agrees. Considering native beliefs and practices sometimes means not exploiting certain natural resources. In Australia, for example, Aboriginal communities brought an end to tourism on Uluru (Ayers Rock), a sacred site that attracted 300,000 visitors per year.

"Decolonial ecology establishes new, non-extractive horizons: It's an ecology of renouncement," says Diego Landivar. "In the Western worldview, if we can think of something, we can do it. Today, we are even thinking about colonizing Mars. But I don't believe we can colonize the moon, the sky, Mars, simply because they are empty."

Coumba Sow, agro-economist at the FAO, says that local traditional knowledge often allows us to better understand natural phenomena and find effective solutions. In a 2019 interview with Le Monde Africa, she recalled the experience of Yacouba Sawadogo, who "since 1980 has been using an ancestral farming technique, zaï, which involves creating stone barriers to stop water from flowing, and also uses the channels dug by termites to collect water. In this way, he reclaimed tens of thousands of hectares from the Sahara desert."

According to Coumba Sow, "many studies show that the local farmers who use agro-ecological practices are not only better able to resist but also to prepare for climate change, as they don't lose as much of their harvest to drought… Traditionally, humans cultivate the land according to the same ecological principles that agro-ecology promotes, principles that are anchored in indigenous farming practices."