VATICAN CITY - Argentina happens to be blessed right now with the world's greatest active soccer player and the current Supreme Pontiff of the Catholic Church. On Wednesday, the two Argentine icons got a bit closer when Pope Francis was presented with the No. 10 Barcelona jersey of Argentine striker Lionel Messi. 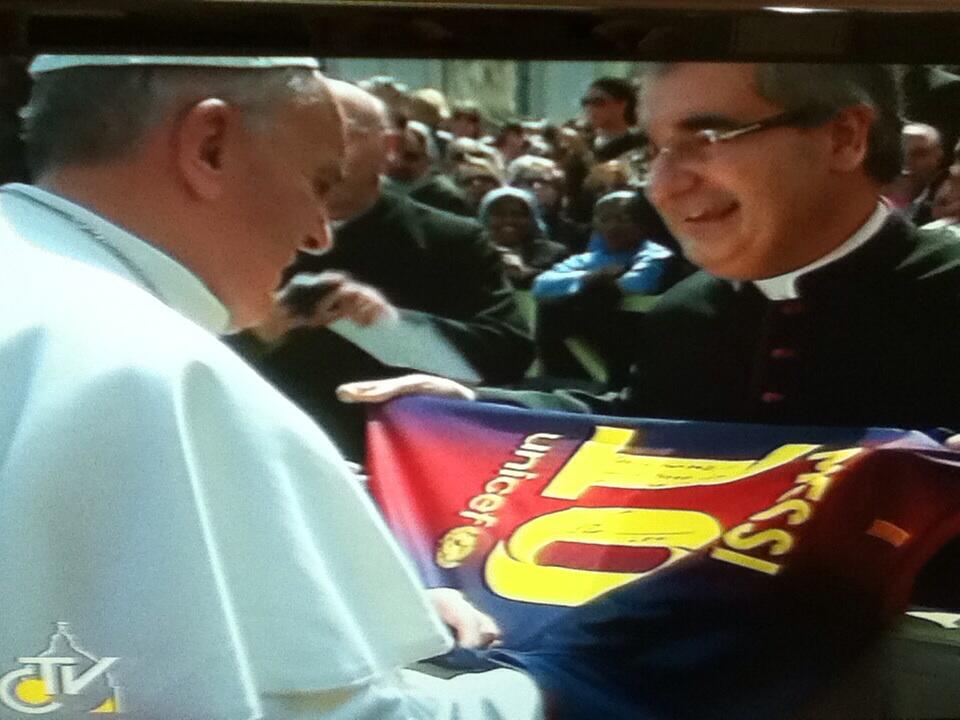 Along with his Barcelona teammates, Messi has spoken of his wish to meet his compatriot Pope Francis. In a letter published by El Mundo Deportivo, and signed by Messi, the president of the team invited Pope Francis to come and watch a match at their Camp Nou stadium.

On Monday, Pope Francis met with Spanish Prime Minister Mariano Rajoy who presented the pontiff with the jersey of Spain's national team, winner of the both the 2010 World Cup and 2012 European Championship.

According to Clarin, they discussed, among other things, the Clericus Cup -- the Vatican’s Soccer tournament.

It’s a well known fact that humble Francis has been a long-time supporter of the long-struggling San Lorenzo de Almagro team in Buenos Aires, which honored him by placing his picture on a commemorative jersey for the team last month, writes Italian sports site Calcio Mercato.