Sartre, Phil Collins And My Quarantined Neighbors In Mexico City

MEXICO CITY — I notice some are still touching surfaces, grabbing a pole to hold onto on the bus or the handrails on escalators. With reckless abandon. For me, no sniffle nor sneeze nor little cough escapes my notice. On a city bus, you'd think they would make every effort to 'swallow' that cough. I see or think I see insouciance on people's faces as they walk past, converse or buy a sandwich. French author Alain Robbe-Grillet wrote a novel about unrelenting, and itself suspect, suspicion, La Jalousie (Jealousy).

In every other way it's a dismal scenario. One is uneasy all day. I'm in the flat 21 hours a day I think. Everyone must be wondering: will softer distancing measures Mexican authorities have opted for so far work, or is Italian-style mayhem heading this way? Mexican President Andrés Manuel López Obrador has been mocked for not urging general panic, but there are reasons for this. As a health official told Radio UNAM, the state university radio, a lockdown would have been nonsense when there were barely any cases. Curfew fatigue would already have set in (it has in our block).

Millions of people in Mexico absolutely must work, 'to eat', metaphorically and literally the very same day. You cannot sell street food or sandwiches online. Millions of other Mexicans are already staying home and taking their distance, to some degree, though 3 out of 10 Mexicans are reportedly continuing as before. Many here know the system cannot really help should the worst occur. Nobody here can forget the 2009 swine flu epidemic, which began in Veracruz. 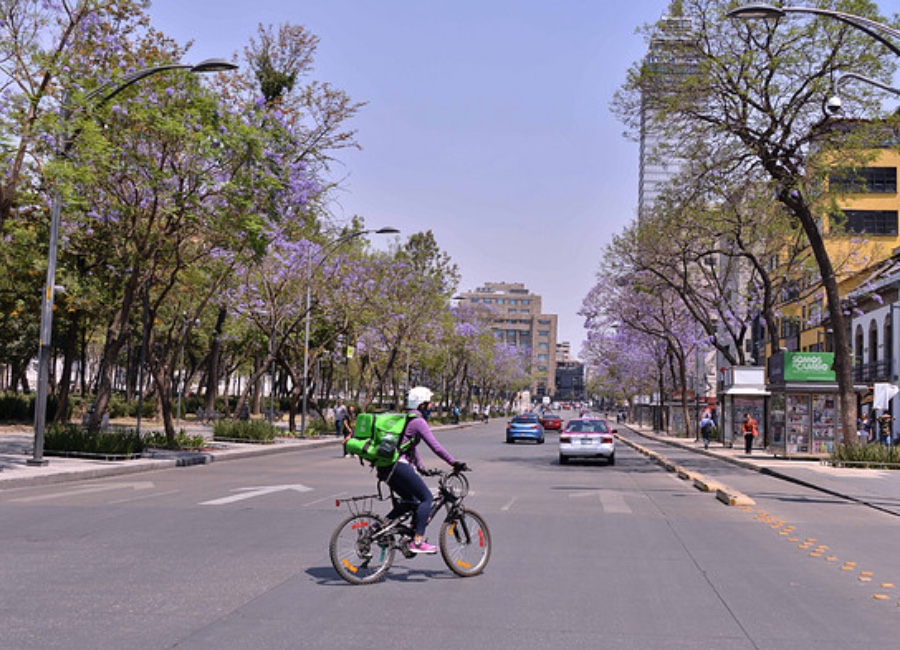 La Prensa reports government has it should be said been quietly acting against another local epidemic: measles. But the La Jornada daily also reports a rise in armed robberies and looting, though it is difficult to know where such acts are increasing or if the media are choosing this particular time to highlight them. I myself notice more drunken and slovenly people wondering around the half-deserted streets — or maybe I'm just highlighting them too?

I am intolerant of anything suggesting a celebration.

But I've been doing all I can do limit my time outdoors, on the recommendation of top medical authorities. But that led to an equally frightening prospect: my neighbors. Noise too is contagious, and unlike a virus, it penetrates walls and windows. Some nights ago my neighbor had a girlfriend over, which later led to music. I was hoping it would mean I'd hear nothing more from that flat but he likes to regale his guests with loud television or soft-rock karaoke from the 1990s. I try to understand my rage toward him: is it his refusal to respect confinement, the very sound of his voice, or Phil Collins? As Jean-Paul Sartre reflects through a character in his play No Exit — on three people stuck together forever in a hotel room: hell is other people.

Noise has always been an issue in apartment blocks. Of course, understanding what noises disturb is not a science. I am indifferent for example to the construction noise that has been going on outside our building for over a year, to neighbors' dogs, or to traffic. I am however intolerant of anything suggesting a celebration inside the building, as I see it as brazen indifference to others. (I do not believe people are blissfully unaware of their neighbors. No noise is innocent). For now, in the battle against the tyranny of modern cheerfulness, I have a pandemic on my side.

I can't wait for a full lockdown to begin, for government drones to start patrolling the streets. Taking pictures, fining, shouting instructions at the reckless and the merry. Sir, stop laughing, this is an emergency; Sir, turn off the Phil Collins..

President López Obrador has failed spectacularly to manage the pandemic and its economic repercus...

Why The Mexican Economy Won't Make It On Its Own

Given its reliance on both oil and tourism, the Mexican economy is in major trouble. So far, thou...