Preserving Nature Is The Only Path To Preserving You And Me

Viruses spread, mutate and then become deadly because humans destroy the areas where wild animals live. We must learn from this, once the coronavirus pandemic is contained.

PARIS — Confined to our homes, we are discovering the limits of humanity. The planet is "closed" until further notice. Of course, a vaccine will be invented and deployed, but the virus will come back, year after year, more resistant and with new mutations. Pandemics are not new. They have been around since we started altering natural habitats. The fact is we lack the knowledge to understand what is happening to us, and to avoid future crises. Stopping pandemics requires the effort of all, and the right information.

The frequency of pandemics has accelerated in recent years. We have seen Ebola, Zika, SARS, avian flu, Marburg and Nipah. The trend will continue, exponentially. It is a systemic process driven by our lifestyles. We now know the causal links between the source of Ebola and massive deforestation. The virus appeared in bats from ravaged forest areas in West and Central Africa. Wild animals had nothing to do with it. It is the totality of our way of interacting with the environment that needs to be updated, as everything seems to leads us back to question of ecology.

We lack the knowledge to understand what is happening to us.

SARS-CoV-2, commonly known as coronavirus, is the result of a naturally occurring phenomenon: the mutation into human pathogens of harmless animal microorganisms (commonly known as microbes) found in wild animals . Living beings, including us, are made of a multitude of harmless microorganisms. But in an altered environment, they mutate and adapt in order to survive, sometimes becoming deadly pathogens. This phenomenon is called "crossing the species barrier." In this case, some researchers suspect the pangolin was one of links in the transmission of coronavirus to humans.

This phenomenon is nothing new: It arose in the Neolithic era when humans began to destroy natural habitats for cultivation. Mass agriculture requires deforestation. Humans have razed an area equivalent to the African continent to domesticate animals for slaughter. The World Wildlife Fund estimates that 170 million hectares of forests will be cut down by 2030. In addition to species extinction and climate change, deforestation causes pandemics. We are in what can be called a "crisis of the living."

When bats lose vital habitats they are forced to find refuge in domesticated trees, in public or private gardens or on farms. The bats deposit microbe-laden saliva on fruit or tree leaves, causing contamination. Pandemics are born when humans force animals into our habitat. Another example is Lyme disease. In North America, the disease outbreak coincided with the massive deforestation of the Northeastern United States. This decimated the populations of opossums and rodents, the traditional hosts for ticks. To survive, the ticks adapted, taking their new neighbors — us — as their hosts.

In light of this, should we continue to believe in the viability of our models? What can we learn from this measure of global containment, economic recession and human loss?

Governments, together with citizens, must answer these questions. Perhaps the creation of a large-scale "ecological social plan" would allow us to implement two important measures.

The first is teaching the cross-disciplinary study of ecology and habitat and the principles of sustainable development. As early as elementary school, children should learn the meaning of a pandemic: How it's born, what causes it and how it can be prevented. Today, we only teach students to be efficient, effective and produce wealth. I believe that by integrating fundamental ecological values into national education, citizens will grow more aware than ever of the issues at stake now and in the future.

What can we learn from this measure of global containment, economic recession and human loss?

Secondly, we could focus on the future of agriculture and sustainable infrastructure. With the help of agricultural consortiums and the housing sector, we could rethink the current agricultural model: imagine how it can transform and adapt to current issues. These spaces for dialogue would be opportunities to define new modes of expansion, localized models of distribution and consumption that is both balanced and responsible. To do this, we could move towards vertical housing and agriculture integration, eco-design, reusing materials and respecting seasonal products. It would also allow us to address soil degradation, restore forests for the reintegration of birds and animals threatened with extinction and work toward a deeper rebalancing of natural ecosystems.

The human tendency is to dominate nature. But we must develop a "loving relationship" with the environment. We can reinvent our way of being in the world with a more conscious mindset. Sustainable development, in addition to the preservation of natural resources, is the preservation of women and men. Sustainable development is only achievable by making it everyone's priority. Quarantine is a survival method, better understanding the environment is a pathway to preservation. Let's stick around. 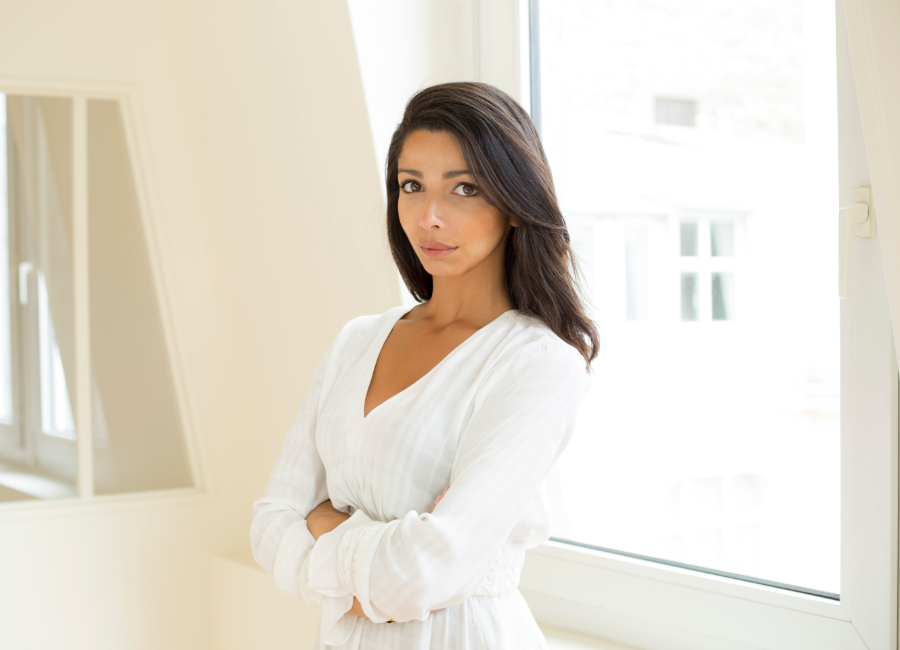 Inès Leonarduzzi is the CEO and founder of Digital for the Planet.