Curtains Up, Masks On: Performing Arts Return To The Stage

Social distancing measures and face masks will impact not only the atmosphere in theaters and concert halls, but also the bottom line.

PARIS — Six months ago, Stanislas Nordey staged a Paul Claudel play in Hangzhou, in eastern China. The venue seats 1,200 but only 20 people — a group of female students — were in attendance. Still, it wasn't a bad or disappointing experience. Quite the opposite, in fact: "It was a very powerful, emotional moment," Nordey, who directs the Théâtre National de Strasbourg (TNS), recalls.

This is the same man who, for his debut, did a Marivaux play in front of two people. He also directed a Pasolini work once for just 24 spectators. In 2013, he watched an audience in Avignon flee his show because of rain. He also staged plays in front of several sparse theaters after the 2015 terrorist attacks.

He's seen his fair share of strange circumstances, in other words, but never a theater scene trying to function amid a pandemic. And so he's curious to see what will happen in September, when the performing arts world tries to get back on its feet, but with a host of complicated restrictions in place.

Venues, whether they have 300 or 30,000 seats and cater to theater, music or dance, are, by their very nature, dark and bustling places — like an ant's nest. Except now they're being told that to reopen, every second seat must be empty. The rules in France also outlaw standing-only concerts, and make face masks compulsory.

All of that will make for a strange atmosphere. But it's also untenable from a financial standpoint, argue the majority of venues and the producers who support them. "The less we depend on revenue and success, the more we can hold out," says Laurent Bayle, president of the Philharmonie de Paris. "But the more we depend on ticket sales, the less we can reopen."

Venues are, by their very nature, dark and bustling places.

The divide is first and foremost between the private and public sector. The former is based on ticketing, which has to cover the cost of the show. The latter relies on government subsidies, so can operate even with few spectators. As a result, the private sector is at a standstill and does not see itself coming back in September, whereas the public sector is already beginning — slowly — to start up again.

"The prevailing discourse is that we need to reopen," says Olivier Poubelle, who runs La Maroquinerie, a private, rock and hip-hop venue in Paris. "But for us it's impossible."

Private theaters and music halls say they lose money when they are under 70% or 80% full. In fact, one after the other, big headline acts, including the Weeknd, Andrea Bocelli, Celine Dion, Iron Maiden, Paul McCartney and Rammstein, have canceled all the way through to the end of the year.

For subsidized venues, on the other hand, there are signs of revival, with choir members from the Opéra du Rhin in Strasbourg rehearsing while physically separated, and audience-less concerts at the Philharmonie. This is obviously not an ideal model, but it is a start.

It is because the Strasbourg Theatre is 75% state-funded that Stanislas Nordey has been able to carry out rehearsals, since June 2, for a play that will be performed in only nine months time. Contact between actors is avoided and the costumes are altered so they can dress themselves.

"The main thing is that the theater continues to live, so I rehearse a play and then put it on hold until better days come," says Nordey, who wonders whether a reopening with less than 50% of the audience will dampen the experience, both for the spectators and the actors. 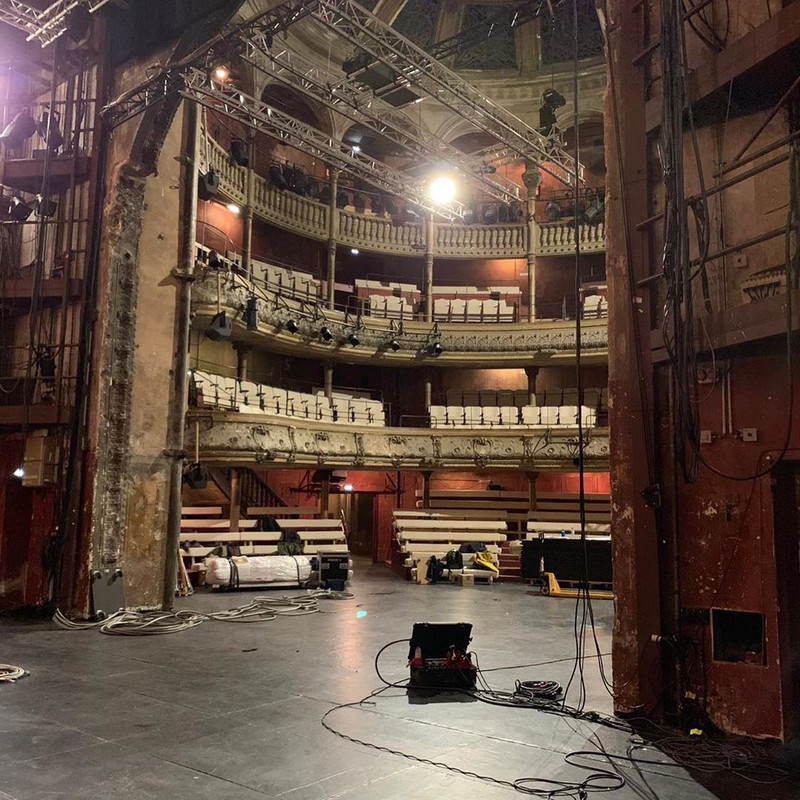 The National Theatre of Brittany also receives public aid, but only enough to cover 40% of its budget. So its director, Arthur Nauzyciel, is having to make a painful choice regarding the 70 shows scheduled between September and next June. He will keep the 20 "home-made creations" for the teams to work on while canceling "expensive plays that don't bring in enough money."

This is altogether another dilemma for the Comédie-Française, where the 24.5 million euro it receives in state subsidies fall short of its 29 million euro operating budget. To hold out, you have to perform — "but in front of a full house," explains director Eric Ruf, who has already suspended expensive productions and revivals.

The situation is even more perilous for the Paris Opera, which, although it receives 95 million euro from the state, is 60% self-financed. Unlike many other opera houses, it has an interest in putting on as many performances as possible, thanks to its large Bastille hall (2,750 seats) and expensive tickets. "But if I reopen Bastille without being full, the profit becomes a money pit," says director Stéphane Lissner.

And that's assuming the virus doesn't bounce back. In that case he'd have to deal with cancellations for the 32 shows slated from October to June. Complicating matters is the fact that more than half of the singers and guest conductors are foreigners. How would he pay them? "We'll see," Lissner says.

To avoid these kinds of nightmare situations, Aurélien Binder of the Fimalac group — which runs 35 private venues, including a number of large concert halls — is on the offensive. He is part of Prodiss, the national union of musical entertainment and variety shows that brings together concert halls, festivals and private producers.

To protect the public during the summer, Binder and his associates are planning on implementing hand sanitizing stations, masks, temperature checks and spreading out entrances and exits. They also want to experiment with progressive reopening, first with 500 seats, then more and more.

So far, however, it remains to be seen whether the state will accept this proposal. The other big question, of course, is whether the public will be on board. A recent Italian poll suggests they won't. "The public is always right," says Olivier Darbois, producer and president of Prodiss. 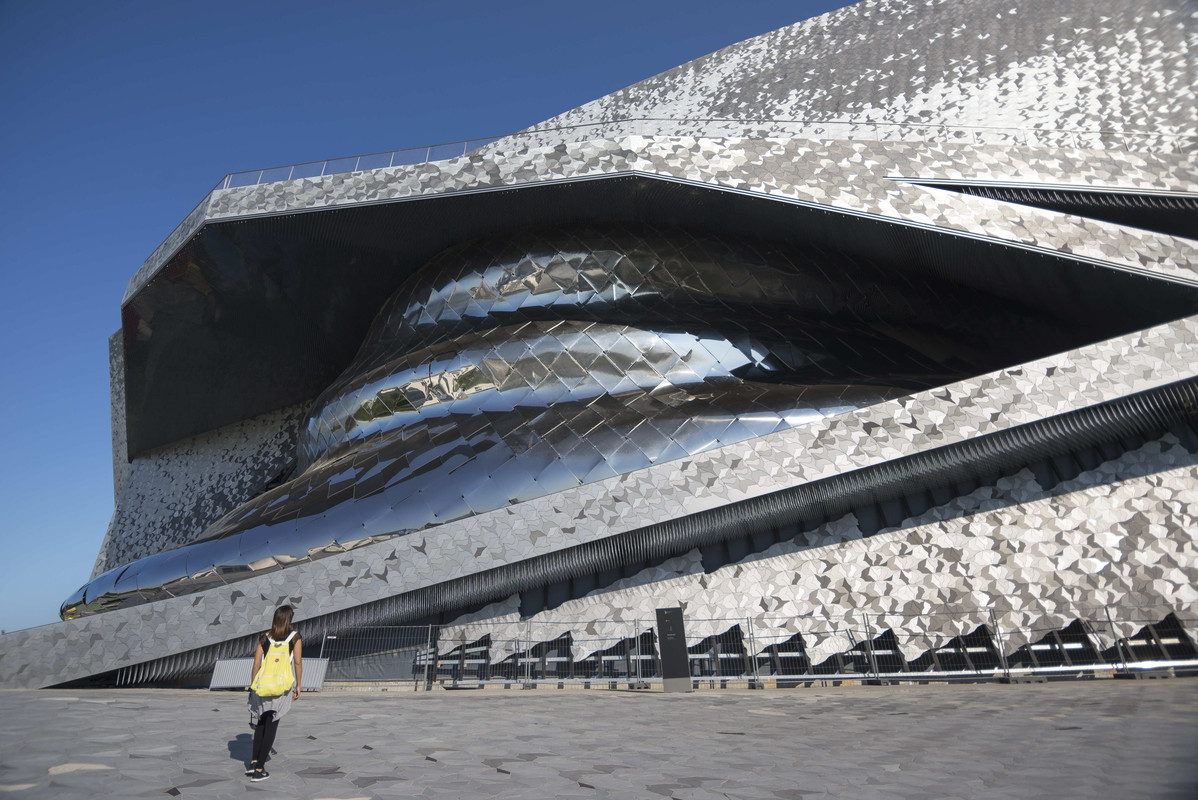 Cyrille Bonin, director of the Transbordeur in Villeurbanne, explains that in the case of rock and rap venues, there are two elements at play: On the one hand, they tend to draw a young crowd — people in the 18 to 30 age group who aren't likely to worry much about the virus. At the same time, though, shows in such places tend to be standing-only concerts, which aren't allowed right now.

A concert is like a game of tennis between the hall and the stage.

Another option would be to allow standing concerts but with social-distancing precautions in place. But according to La Maroquinerie's Olivier Poubelle, the idea's a joke. There's no way, he says, to really hinder the enthusiasm on stage or among audience members. Bonin, for his part, calls it a "denial of his culture," but says he'd consider the option nonetheless, while Bertrand Thamin, chairman of the Union of Private Theaters, says that in the case of Italian-style theaters, social distancing measures run counter to the very essence of the space.

"They're designed to weld the audience and the stage together," he says.

With theater performances there is a whole other set of problems, one of them being that audience members will have to wear masks while the actors go without. It creates a disconnect that Comédie-Française director Eric Ruf, for one, isn't willing to accept. In the meantime, though, actors are itching to get back on stage, according to Stéphane Lissner.

There are also social distancing issues to consider with regards to pit musicians. And for stage musicians too, the mask issue — in terms of how it impacts the atmosphere — isn't something to overlook. "A concert is like a game of tennis between the hall and the stage," says Olivier Darbois. "For it to be beautiful, you need two strong players" — the audience and the performers.

But others say that even if the audience numbers are reduced, and people wear masks, it's worth making the effort to perform. "We will commit ourselves for those who have the will to come," says Arthur Nauzyciel. "And [the connection] will be very strong between them and us. People don't go to public theaters just for entertainment, but also to find meaning."

Nauzyciel recently began rehearsing the play Mes Frères by Pascal Rambert, scheduled to open in September at the La Colline theater in Paris. He will impose a 2-meter distance between actors while table reading. But it's complicated, he explains, because rehearsal is supposed to be a time of freedom, an opportunity for trials and mistakes. "I can see that everything will be slower and more limited," the National Theatre of Brittany director says.

Everyone agrees on one thing: There's no point in compromising the quality of the shows by cutting corners. It's better to choose shows that are "corona compatible," says Olivier Mantei, head of the Opéra-Comique and co-owner of the Bouffes du Nord. In other words, directors and venue operators should prioritize performances that are naturally suited for smaller groups

Cyrille Bonin of the Transbordeur is doing just that, with an autumn line-up of about 15 concerts that are apt for a small audience. They're significantly less expensive to put on, but also bring in less money. "This model isn't viable in the long term," he says. "I need headliners."

Laurent Bayle, the Philharmonie de Paris president, agrees with Bonin about viability — and not just from a money standpoint. He says that with social distancing, orchestras with a hundred musicians no longer fit on the stage, and that ends up impacting quality. "A part of the repertoire becomes impossible to play," he says. Smaller musical groups are "an option," he says, "but not a model."

And yet, smaller productions may very well be the trend moving forward. Bertrand Thamin, for one, fears that the number of one-man shows and duets without sets or costumes will increase, a phenomenon that is already in vogue. And that's a shame, he argues, "because the theater is beautiful when there are 10 or 20 people on stage."

Either way — and at least in the short-term — the shows AND the face masks must go on.

French Teacher Beheaded: A New Attack On Freedom Of Speech

Le Monde's editorial board warns that the brutal killing of a middle school teacher is another di...

France's Covid Curfew And A Bad Case Of Deja Vu