For the coming weeks, Worldcrunch will be delivering daily updates on the coronavirus global pandemic. The insidious path of COVID-19 across the planet teaches is a blunt reminder of how small the world has become. Our network of multilingual journalists are busy finding out what's being reported locally — everywhere — to provide as clear a picture as possible of what it means for all of us at home, around the world. To receive the daily brief in your inbox, sign up here.

In times of unfathomable trouble, humans search for a savior. More than two months into the COVID-19 global outbreak, that role right now is not being assigned to any one doctor or researcher hero, but to a nation: South Korea.

The country was one of the earliest to be hit by the novel strain of coronavirus. At the peak of the crisis in South Korea in February, 909 new cases were popping up daily. Yet by mid-March, that number had dwindled down to around 70, while its total death toll of 111 is now well behind many European countries and the United States. Currently, the number of coronavirus-related deaths in Iran doubles every 6 days; In Italy, every 4 days; in the U.S., every two days. But in South Korea, it doubles every 2 weeks — despite the fact they never closed borders or shut down local commerce. How, in the span of a mere month, did South Korea manage to keep a relative lid on COVID-19?

What their government did do was exactly what the World Health Organization has been recommending: Test for the virus on a mass scale. The country's 2015 outbreak of Middle East respiratory syndrome (MERS) provided first-hand insight on how to handle an epidemic, so their healthcare system was already equipped with proper infection control units and the knowledge that testing kits are key. Iran is trying to order their testing kits and other medical equipment. France, Spain and Ireland are scrambling to open the drive-through testing centers that allow South Korean doctors to both prevent contagion and deliver results in 24 hours.

• In Italy, La Stampa reports the hardest-hit country will now start "with a serious delay," to follow the South Korean model of creating a "digital passport" to track the infected and tested population.

• The Kyiv Post cites a Ukranian epidemiologist who praises the law-abiding culture of South Korea, and argues that societies who are less likely to follow rules are more at-risk.

• In the United States, whose patient 0 was identified on the same day as South Korea, politicians and healthcare workers point to the success of Moon Jae-in's government proves the incompetence of their own.

• Quarantined world: Nearly 1 billion people worldwide are now confined to their homes as Europe's restrictions tighten, U.S. states roll out lockdown measures and additional millions are placed under lockdown in India, which has seen a sharp increase in infections.

• Toll: Global coronavirus deaths reach 15,000. Italy has more fatalities than any other country, including a record 1,441 two-day total over the weekend. Spain has now topped 2,000 deaths and more than 33,000 cases. Of the 32,000 cases in the U.S. nearly half are in New York state, where Gov. Andrew Cuomo estimates 40% to 80% of residents could get coronavirus.

• Monday Markets: Wall Street traders were still bearish in the face of an extraordinary series of U.S. credit measures rolled out by the Federal Reserve to soften the economic hit of the coronavirus outbreak.

• Treatment confusion: Nearly 70 medications could potentially treat the coronavirus, including such as haloperidol, used to treat schizophrenia, or chloroquine to treat malaria. However, in Nigeria three people were hospitalized Sunday after overdosing on chloroquine, which was endorsed as a cure on Twitter by U.S. President Trump.

• Tokyo Games: Japanese leader Shinzo Abe told parliament Monday postponement of this summer's Olympic Games was an option. The remarks came a day after the International Olympic Committee announced it would decide the fate of the Games within a month. 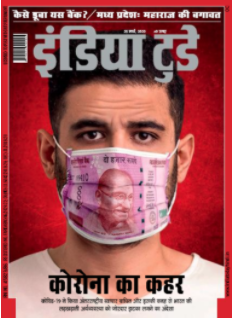 IN WUHAN, THE RELAPSE QUESTION: In the province where COVID-19 began, officials have been touting a virtual end to new cases. But two Chinese newspapers report that the real question is those cured patients who have suffered a relapse, and who could reignite the contagion.

• Tu Yuanchao, deputy director of the Provincial Health Commission, is quoted by the U.S.-based, Chinese-language daily the Epoch Times as saying: "Patients who were previously identified and registered will not be reported as additional confirmed cases when they relapse."

• At the same time, the Wuhan authorities have designated two hospitals specifically for relapsed patients, and a medical staff member at Wuhan First Hospital told the Hubei Daily on Friday that there were indeed relapsed patients, but refused to say more before hanging up the phone.

• Locals are nervous: "Who can guarantee that these so-called relapses are not contagious and spread the virus around again?" asked one. Another added: "Have we forgotten so quickly how it all started?"

CHICKEN RUMORS: Rumors circulating, particularly on WhatsApp, that the virus can be transmitted by eating chicken are "single-handedly destroying the poultry business in India," reports Delhi-based news site The Wire. Let's be clear for the sake of chicken farmers, and chicken eaters, around the world: this is bogus. Here's the CDC on how COVID-19 is transmitted.

FACE MASK FASHION: Photos from Slovakia's inauguration of the new prime minister Igor Matovic may qualify as the first COVID-19 style moment. Slovak president Zuzana Čaputová matched the color of her face mask and gloves with her bordeaux dress. Slovak news site Dobre Noviny noted how the photos caught the world's attention, even as brands such as Zara and Gucci are planning to introduce face masks in their coming collections. 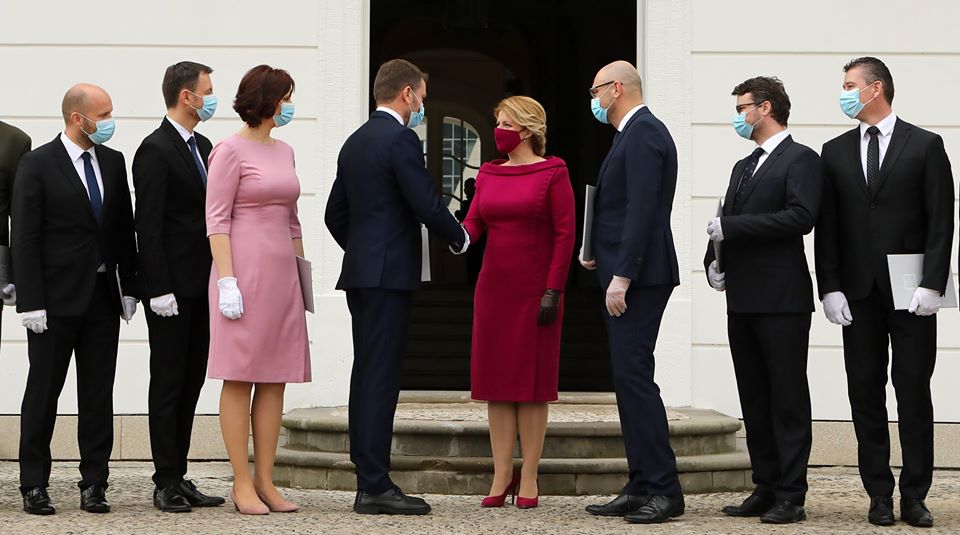 • Iran's Medical System Organization lodged a formal protest against clerics entering hospitals to administer a liquid remedy directly to patients' lips and mouth area, according to the Farsi service of Voice of America.

• Video footage showed a cleric circulating among what are estimated to be hundreds of patients, touting "Islamic medicine" as a better response to the pandemic. Doctors warn that the clerics can become carriers, bringing the virus outside hospitals to the faithful elsewhere.

• The outbreak in Iran one of the worst in the world, and the 1,685 deaths reported Sunday are believed to be well under the true total.

OCD patients with cleaning-related rituals are convinced their longstanding fears were not baseless after all.

BACK TO SCHOOL: While they've barred all short-term international visitors, Singapore has sent its kids back to school. Why the discrepancy? The Straits Times quotes Education Minister Ong Ye Kung has argued against the widely reported claim that children are vectors of the disease. He argues that adults are more likely to transmit the virus to children, and that keeping kids in school where there is less adult interaction is better than having children spend time with various relatives and babysitters. In class, children are expected to sit at a safe distance from one another and will be encouraged to wash their hands regularly. The same apparently can't be expected of foreign visitors.

• A man in Toulouse, France ran a full marathon on his balcony, spending 6 hours and 48 minutes doing 6,000 "laps" back and forth. He hopes the stunt inspires others to remain active — and inside!

• As artists around the world share their finest tunes from the comfort of their homes, this mashed-together multilingual song should put a smile on your face.

• In case you need it: Here's an online calculator to figure out how long your toilet paper stock will last.

To receive the daily brief in your inbox, sign up here.

When A Korean-American Health And Fitness Nut Lands In France

PARIS — Paleo, keto, vegan, pescatarian. There are so many ways we can choose what, and what ...